The prospect of a discredited US outsourcing giant achieving a near-monopoly of employment support and assessment services for disabled people has caused alarm, after it emerged that it is bidding to buy what remains of Remploy from the government.

Only two organisations – Maximus and the education, employment and training services group Prospects – are in the running to take over Remploy from the government.

They are both believed to have submitted their “best and final offers” last week.

Both Remploy and the Department for Work and Pensions (DWP) will evaluate the two bids, with a recommendation from the Remploy board going to the Conservative employment minister, Esther McVey, for a final decision, almost certainly to be announced next month.

Maximus has steadily built up a portfolio of multi-million pound government contracts.

It is one of the main Work Programme providers, and last year was awarded two further DWP contracts: to run the new Fit for Work service and to take over provision of work capability assessments from the much-criticised Atos Healthcare.

But if Maximus was to fend off competition from Prospects and succeed in its bid to buy Remploy, it would also secure control of Remploy’s contracts to provide mental health support in the workplace under the government’s Access to Work scheme, and to help disabled people into work through DWP’s Work Choice programme.

The blogger Johnny Void said this would give Maximus a “chilling and unprecedented” degree of power over sick and disabled people’s lives.

Rick Burgess, co-founder of New Approach, which is dedicated to scrapping the work capability assessment and developing a replacement, said: “If Maximus buy Remploy, that will mean disabled people’s lives can effectively be controlled by one profit-making transnational corporation.

“They decide what benefits you get, they decide if you deserve any time off work and they control your employment conditions.

“It would appear disabled people are the guinea pigs in a corporate dystopia.”

And he said that “people claiming to be Maximus employees have already caused distress by entering disabled people’s forums online”.

But a Remploy spokesman said: “Our only interest is which of the bidders is going to produce the best offer for Remploy and Remploy employees.”

The Remploy sale is being dealt with through Project Jupiter, which says it is “seeking a partner or investor to help develop Remploy to its full potential, enabling us to help many more disabled people into work”.

Last week, the Project Jupiter website ran a blog by Remploy’s transition director, Jo Munns, in which she contrasted the two bidders.

She described Prospects as an “employee owned organisation which emerged from businesses spun out of the public sector”, while Maximus was “a large US multinational operating on three continents supporting the delivery of government programmes”.

She added: “But while there are clearly differences in approach there are similarities too.

“Both have worked with us in a very collaborative way, listening to our ambitions and aspirations for the new business and adapting their position to accommodate our wishes where they can.”

Remploy bosses want the new organisation to be part-owned by its employees, through an “employee benefit trust” that would hold shares in the company on behalf of staff. McVey said last year that she also wanted to see a partnership between any new investor and Remploy employees.

The remaining 54 Remploy sheltered factories were closed down or sold off after ministers announced in March 2012 that the government would be withdrawing all subsidies to the state-owned company.

In all, 48 of the final 54 factories were closed, and just six were sold, while seven new businesses started in former Remploy factories.

The final three Remploy factories were sold in December 2013, leaving just the company’s employment services division, which supports disabled people to find and remain in work.

Estimates have suggested that, by next month, Remploy Employment Services will have supported more than 100,000 disabled and disadvantaged people into work since 2010.

This week, both Maximus and Prospects declined to comment on their interests in Remploy.

DNS reported last year that Maximus was poised to win the WCA contract despite a “chilling” record of incompetence, discrimination and alleged fraud in the US.

After the contract was awarded, Maximus attempted to distance itself from its past US record, claiming that these concerns were “historic issues overwhelmingly”, and that a “different leadership team” had now “put those issues right”. 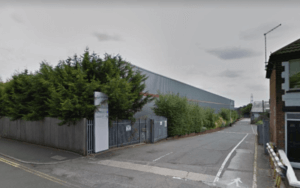