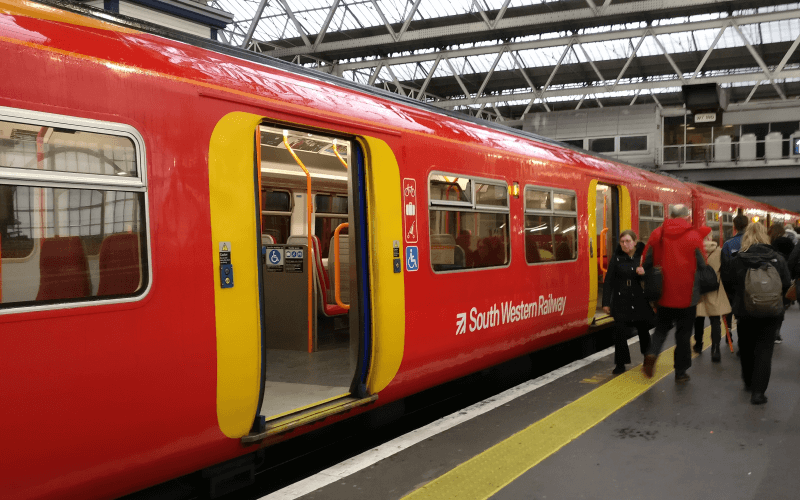 Rail operators believe that only “major” government funding will solve the accessibility problems at stations across the country, a new report published by the Department for Transport (DfT) has revealed.

The report, written by the independent research organisation NatCen on DfT’s behalf and published by the department with almost no publicity, says operators believe that “substantial” government investment is needed to make train stations accessible.

One of the rail operators that NatCen spoke to for its research said that 60 per cent of its stations lacked step-free access from street to platform level.

Some operators also told NatCen that the ability of disabled passengers to board and alight from trains at all the stations they manage without requiring any physical assistance was a key priority for accessibility.

The NatCen “baseline report” was commissioned to provide ministers with a detailed picture of disabled people’s experience of the transport network to compare with the situation after the full implementation of the government’s Inclusive Transport Strategy (ITS), which was published in July 2018 and focuses on transport in England.

The baseline report – which includes results from a survey of more than 3,000 people, including more than 1,100 disabled people – says the core ITS themes of awareness and enforcement of passenger rights; staff training; improved information; and inclusive physical infrastructure are “all highlighted as needing further work”.

The report says that although 90 per cent of those who had used the Passenger Assist service on the rail network said they felt satisfied or very satisfied with the service overall, some of those who took part in one-to-one interviews told a different story.

One participant said they had been taken to the wrong platform and left there, while another said staff only show up on about half the number of occasions they are booked.

One survey respondent, a young woman with a mobility impairment, said: “I’ve had so many occasions of booking assistance and when I arrive at the station, they have no record of it and the staff usually make it known that it’s an inconvenience!

“I’ve had more than one experience of booking Passenger Assist in advance and then being forced to miss my stop because the assistance wasn’t waiting at my arrival station.”

The report says that staff are “pivotal to ensuring that the transport network is accessible for disabled people and significantly contribute to promoting confidence”.

But it adds: “Disabled users feel that the delivery of service is inconsistent and there is a perception that staff do not always understand their needs.

“Incidents of rudeness, impatience, and dismissiveness were reported and particularly impacted those with less visible disabilities, including people with cognitive and mental health conditions.”

The report also says that most assistance dog users said they had been illegally denied service by a taxi driver.

Despite this, there were “relatively low” numbers of local authorities who reported prosecuting drivers or imposing sanctions on their licenses in the previous year.

And almost half (47 per cent) of assistance dog users who responded to the NatCen survey said they had been charged more by taxis or private hire vehicles occasionally or regularly because of travelling with their assistance dog.

Some local authorities highlighted the difficulty of persuading drivers to provide wheelchair-accessible taxis or private hire vehicles, because of their relatively high cost and the smaller number of customers who need them.

Some offer lower licensing fees or relax requirements on the age at which vehicles need to be taken out of service, to try to tempt drivers to choose a wheelchair-accessible option.

But one local authority suggested that without extra funding from central government it would be difficult to make a significant improvement in take-up, while “authorities suggested that a consistent set of national policy requirements for vehicles would be perceived as fairer and would make it easier to enforce”.

The report also found that disabled people are more likely than non-disabled people to rely on taxis, which are relatively more expensive than other modes of transport, even though they are likely to have a lower income.

And it found that provision of audio-visual information on buses was “inconsistent and of variable quality”.

A follow-up to the NatCen report in 2023 “will be able to show whether the work that is being done across the network is beginning to impact the experiences of disabled people”, and how the ITS may have contributed to those changes.

The government said at the time of the ITS launch in 2018 that its “aspiration” was that by 2030 “all major transport hubs and terminals on both public and private transport networks will meet the needs of disabled people, including toilet and changing facilities, straightforward signage, audio and visual messaging and space to navigate”.

Although the NatCen research was carried out between August 2020 and February 2021, it focused on people’s perceptions and experiences of travel on buses and trains and in taxis and private hire vehicles in the 12 months before the start of the COVID-19 pandemic in March 2020.

This week, DfT also published two new pieces of guidance on inclusive mobility, one on making transport accessible for passengers and pedestrians, and another on using tactile paving surfaces.

It also announced that the government was working with the disability charity Scope to develop a new Disabled Persons Passenger Charter for bus, coach, taxi, private hire vehicles and rail.

The charter will “collate existing information for passengers and centralise it into one coherent and easy-to-use format”, and then publish it online.