You are here: Home / Independent Living / PA employers cling to independence as minister tells of frustration at his own government 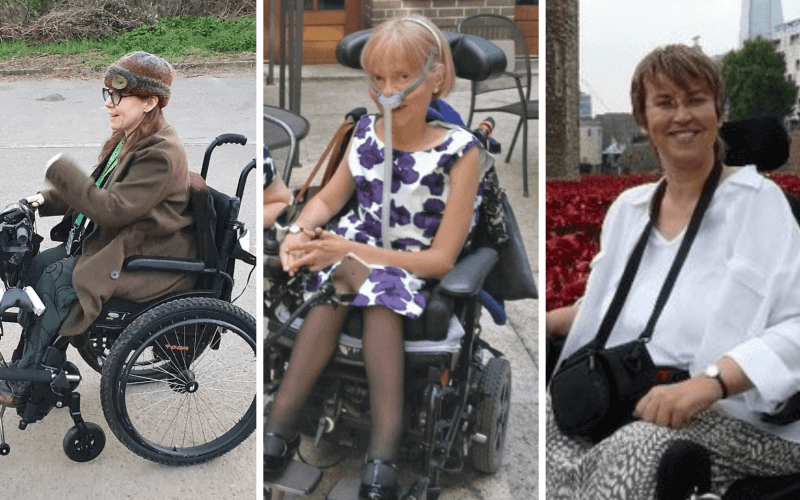 Disabled people have spoken this week of clinging onto their independence by their fingernails, because of a drastic and worsening shortage of personal assistants (PAs).

The shortage appears to be caused by a combination of continuing low wages, the Covid pandemic and the UK’s Brexit vote to leave the European Union (EU).

Disability News Service (DNS) has heard this week from three disabled women who have all described their fears for their independence because of the worrying shortage of PAs.

They spoke out as a government health and social care minister repeatedly expressed his frustration at the failure of different departments to work together to allow PAs from overseas to work in the UK post-Brexit.

Lord [Syed] Kamall told fellow peers that the Department of Health and Social Care (DHSC) and the Department for Work and Pensions (DWP) needed to work together on the issue, and he made it clear that “we need to look overseas” to address the shortage of PAs.

Under Home Office rules, individual disabled people cannot be the “sponsor” an overseas PA needs to be allowed to work in the UK.

But he said he had been “surprised” when he was briefed on the problem by DHSC officials and was told that it “falls between DWP and DHSC”.

Lord Kamall said DHSC officials were having conversations with DWP to “look at whether that can be rectified, or whether there is a way to find a trusted sponsor”.

He added: “Rather than thinking about whose responsibility it is, we should work together to find a common solution.”

He said the Lords debate, which had been secured by Labour’s health spokesperson, Baroness [Glenys] Thornton, would allow him to return to DHSC and “kick a few desks” and “make sure that government can look at this in a joined-up way”.

The disabled crossbench peer Baroness [Jane] Campbell had told him earlier that she had only been able to contribute in the Lords for the last 15 years because she has been supported by PAs.

She said: “Can the minister explain how the government are honouring their commitment to support disabled people’s UN convention rights to live independently, given the current PA employment crisis?

“Does he agree that fixing social care must include many different ways of attracting motivated PAs?”

Baroness Thornton said the lack of PAs was “a serious emergency” and was creating “huge anxiety” for working-age disabled people.

She said PAs from abroad must be made eligible for work in the UK, because “more than 32 per cent of them vanished as a result of Brexit”.

Baroness Campbell had told the BBC’s Nikki Fox earlier this week that the situation was so bad that she feared some disabled people would be forced back into living in institutions.

Disabled activists warned in January that it was only a matter of time before the government’s failure to address the “unprecedented” social care crisis resulted in the deaths of service-users.

Disabled People Against Cuts (DPAC) reported last year that disabled people across the country were facing serious problems in recruiting and retaining PAs and other social care staff because of the impact on staffing in the adult social care sector of Brexit and the end of EU freedom of movement.

Disabled employers of PAs told DNS this week that the situation had worsened.

Sarah Howard, who receives a package of 49 hours of support a week from Greenwich council in south-east London, said recruiting PAs was “a complete nightmare” and it had never been as bad as it is now.

She said: “I feel like I am clinging to my independence by my fingernails.”

She is having to rely on training friends to use the hoist she needs to transfer from her electric wheelchair.

At present, half of her hours are fulfilled by a care agency, and the other half by PAs she employs, but she has now been given 28 days’ notice by the agency because it no longer has the staff to provide the support she needs.

Howard, who works as access manager at Shakespeare’s Globe theatre, in London, said: “We lost hundreds of thousands of care workers due to Brexit and with Covid on top and with the appalling pay… the whole thing has just imploded.

“I am relying on people doing me favours and I am trying desperately to recruit. The government have got to step up.”

She fears that if the situation does not improve, she will have to quit her job and will not be able to live independently.

She said: “I try everything I can to be as independent as possible and have a good career and help others and I just feel it’s completely out of my control.

“I am getting to the point where I just don’t know what to do next.”

She believes the solution is to allow care workers and PAs from Europe to return to the UK and ensure wages for PAs reflect the importance of the job.

She said: “I’m 51 and it feels like we are back in the 70s and 80s. I feel I am just at the bottom of the pile. You’re not treated equally. I’m not treated like an average human being.”

Solicitor Joanna Owen also told DNS that the shortage of PAs had never been as bad as it is currently.

She receives a personal health budget that essentially provides her with 24 hours a day of support and has been employing PAs for more than 30 years.

She works four days a week as legal manager at the new legal advice charity Access Social Care, which supports people with social care needs in England, and she also has an active social life.

She said: “When I have got good PAs I don’t need to worry about that side of my life.”

In previous years she was able to find a couple of suitable candidates within a week when she needed a new PA, but this time – four weeks into her search – she is struggling to find potential recruits with the skills and experience she needs.

She is trying to replace one of a team of two PAs and is having to use family members to fill in the gaps, which she said was “not ideal”.

She believes the shortage of PAs is due to the huge number of social care and other job vacancies, along with problems caused by Brexit and the pandemic, and salaries that are far too low in comparison with other jobs, as well as the way society under-values social care.

She believes Brexit is “definitely” part of the problem.

Owen said: “I lost one of my PAs because of Brexit, she went back to Poland. She was on duty when the vote happened and I could see the impact it had. It was a slap in the face for her.

“She left six or seven months after. She explained to me that she felt there was no future for her in continuing to work in the UK.”

She said her own worries about the shortage of PAs had only been increased by talking to other employers.

She said: “When I started talking to other people it made me feel more worried because I realised it is fairly widespread.

“There is so much in the media about the hundreds of thousands of vacancies in social care.

“I feels as though my grip on living independently is quite tenuous, fragile, which is obviously scary.”

Her back-up solution if she cannot find a suitable PA is to continue to ask her family to help, but she says this is “awkward” and “is not independent living”.

Even if she used an agency, she said, “they are really, really short-staffed too”.

Emma, from Cardiff, uses Dewis Centre for Independent Living to help her recruit and manage the PAs she uses for her 16-hour package of support.

She has been trying for months to find a new PA, but she says that none of the potential applicants being forwarded to her are appropriate for her needs, with many of them apparently “being forced to just apply for anything for their jobcentre quota”.

She became so desperate in February that she employed a friend of a friend, but that only lasted two weeks.

She said: “I’m left with friends trying to help out as best they can, but it’s causing them to burn out.

“There just don’t seem to be many people applying or willing to do the job of a PA, and with Brexit and Covid, numbers seem even lower.”

She has a friend who is struggling to find a PA for just three hours a week.

Now, at the age of nearly 50, she says she fears she will have to “seriously consider” moving back in with her family in Derbyshire and “giving up my independence”.