You are here: Home / Crime / Paralympian jailed for ‘protecting his friends from homophobic abuse’ 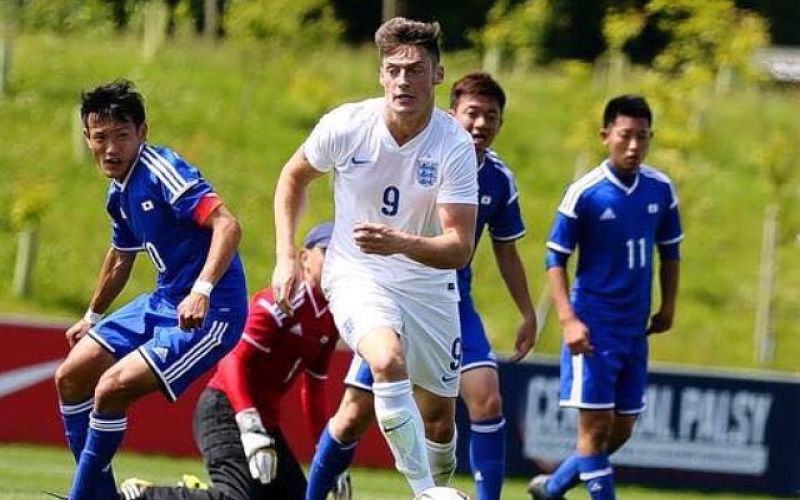 Distraught relatives and supporters of a Paralympic football star are fighting for justice after he was jailed for punching a man who had subjected him and two friends to a stream of homophobic and disablist abuse.

They say that George Fletcher (pictured), who represented ParalympicsGB at the London 2012 Paralympics, was only defending himself and trying to protect his two friends.

The incident happened in the early hours of 1 September 2014 on the edge of Liverpool’s gay quarter, an area notorious for homophobic incidents and assaults, and just a couple of streets away from where trainee police officer James Parkes was beaten and left in a coma after another homophobic attack in 2009.

Fletcher, who has captained England’s cerebral palsy seven-a-side team, was jailed for 15 months at Liverpool Crown Court on Friday (9 October), after being found guilty of grievous bodily harm at a trial in August.

Newspaper reports say Fletcher, who turns 21 this month and also has autism and epilepsy, knocked out Alan Hoy with two punches after Hoy had mocked him with “hurtful” comments. Hoy was seriously injured and has reportedly been left with brain damage.

But friends and relatives of Fletcher say he was only defending himself and his two smaller friends from someone who was much larger and a threat to all three of them.

One of those two friends, Frank*, has told Disability News Service (DNS) how Hoy first approached them as they were sitting in a takeaway at the end of a night out, and began shouting homophobic and threatening abuse at them through the window.

Hoy came into the takeaway and continued the abuse. They persuaded him to leave, but Fletcher’s other friend became angry and followed him out.

Fletcher followed to protect his much smaller friend from Hoy, who, at six feet four, towered over the trio.

A close friend of Fletcher said Hoy called him “a fag”, “a queer” and “a mong”, while bouncing aggressively up and down.

Supporters say the court heard that Hoy had appeared to be about to punch Fletcher – who was standing in front of his two smaller friends to protect them – and shouted “let’s have it”. It was only then, they say, that Fletcher punched him.

Frank said the sentence was “disgusting”, and he added: “I genuinely believe there is no homophobic justice. It was all in complete defence of me and [our friend].

“What happened to Alan Hoy, he was potentially going to do to me or our friend.”

He said the area where the incident happened is notorious for homophobic attacks, with “people who go there who literally hate anyone who is anything other than straight”.

Fletcher has now been sent to serve his sentence in Brinsford Prison, near Wolverhampton, an institution for young adults.

Friends have lined up to defend him.

Radek Bober, his closest friend, told DNS: “George is like my brother. He is the softest and most pure lad I have met.

“When he sees injustice, he wants to protect people. He has regretted it like nothing else. He always said, ‘It was in a good cause, but I shouldn’t fight.’

“I have two passports now [Polish and British] and I am very proud of this country and I feel like Liverpool is my home.

“You can get married here, you can live your life. Poland is completely different. But I would have expected more from Britain.”

Frank said: “George is an amazing person. He is such a nice lad. He was just protecting his friends.

“If George wasn’t out that night, I think I would be the one with those head injuries.”

Among others supporting Fletcher is Mark Johnson-White, one of the stars of Channel Four’s Liverpool-based reality show Desperate Scousewives, which aired in 2011-12.

He said: “George is one of the nicest, most fabulously-brought-up people I have ever met.”

Johnson-White and his husband happened to be in the area at the time of the incident – although at the time they had no idea that Fletcher was involved – and saw Hoy “jumping around” and “screaming at the top of his voice”.

Johnson-White said: “The whole incident was instigated by a hate crime.”

“The matter was resulted in court and George Fletcher, 20, of Willowmeade, Croxteth, was sentenced to 15 months in prison.

“As the matter has been through the court process it would be inappropriate to comment further.”