You are here: Home / Crime / Parents of ‘fit for work’ suicide man back call for Iain Duncan Smith prosecution 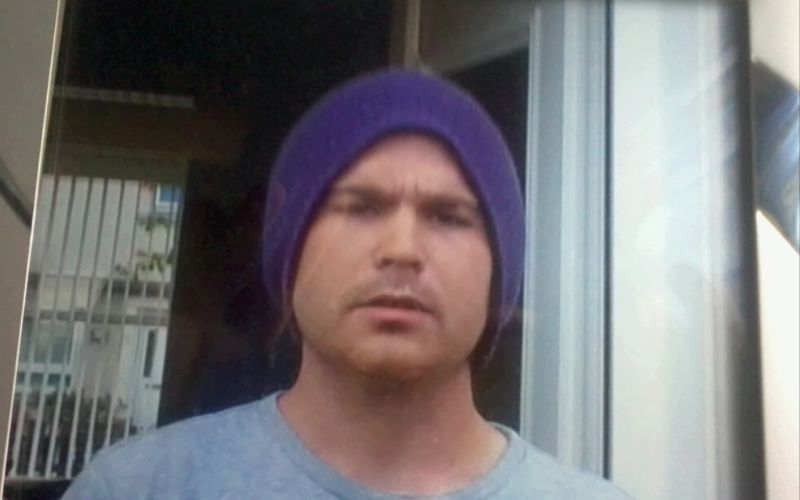 The parents of a disabled man who took his own life after being wrongly found “fit for work” have backed attempts to persuade Scottish police to investigate the actions of former work and pensions secretary Iain Duncan Smith.

David and Maureen Barr have both told Disability News Service (DNS) that Duncan Smith and former employment minister Chris Grayling should be prosecuted over their failure to address serious safety concerns about the work capability assessment (WCA).

Despite his history of significant mental distress, David’s parents believe the healthcare professional who assessed him – employed by the government contractor Atos – failed to contact their son’s GP or his psychiatrist for further information about his mental health.

When questioned afterwards by the Procurator Fiscal’s office – which investigates sudden deaths in Scotland – the assessor claimed he couldn’t remember if he had made any phone calls, according to David’s father.

The Atos assessor completed David’s assessment by concluding, in June 2013: “He reports self harm in the past. He reports he attempted an overdose six weeks ago but he would not say what he took.

“He reports he has had no thoughts of suicide since. The evidence overall suggests that he is not at substantial risk.”

Despite David appealing against the decision that he was fit for work, and telling the Department for Work and Pensions (DWP) in a letter that he had “serious mental health problems that prevent me from doing everyday tasks which means I cannot work at this moment in time”, the Atos advice was rubber-stamped by DWP decision-makers.

The decision that he was not eligible for employment and support allowance (ESA) was confirmed in a letter to David on 17 July 2013. A month later, he took his own life.

His death is one of three cases contained in a dossier submitted to Police Scotland by disabled activist John McArdle, from the user-led campaign network Black Triangle, in an attempt to persuade the force to open an investigation into Duncan Smith and Grayling.

McArdle wants Police Scotland to investigate the two former ministers for the Scottish criminal offence of wilful neglect of duty by a public official, because they failed to take steps to improve the WCA in 2010 after being warned by a coroner that its flaws risked causing future deaths of people with mental health conditions.

Police Scotland has been handed details of three people – including David Barr – who died in the years after the coroner sent his letter to DWP, and whose deaths campaigners believe could have been prevented if the two ministers had acted on that warning.

The force is currently awaiting further information about the three cases before deciding what action to take.

This week, David Barr’s parents spoke of their hope for justice for their much-loved son, whose death they believe could have been avoided if Duncan Smith and Grayling had taken action.

David Barr senior said his son’s mental health had deteriorated in the last couple of years of his life, but he had previously been able to work intermittently in agriculture and labouring, while his final job, which ended in 2011, was cleaning buses.

By the time he died he was no longer capable of working, his dad said, and he was taking strong medication including anti-psychotics and anti-depressants, and was experiencing paranoid delusions.

David’s father, a bus driver, said: “His mind was gone, and anybody who assessed him should have seen that.”

He told DNS this week that he was fully behind attempts to secure a prosecution.

He said: “If we let a defective bus in the road [and it killed someone] we would be up for manslaughter; that’s why these people should be taken to court.

“They are talking about taking the former prime minister to court for war crimes, but this is just as bad, if not worse. They knew about it and did nothing about it.

“The whole thing is shocking. The ministers in charge of it should have sorted something out, stopped it, changed it, re-directed it, I don’t know what.”

He added: “If I see Duncan Smith on the TV, I just have to walk out, turn it off. I hate the man with a vengeance.

“He has known what was going on and he did nothing about it. He wants to be dragged over the coals for this, and if I can help in any way I will.”

She said: “It is time someone did something. [Otherwise] there will just be more like David and nothing is ever done.

“It makes you feel terrible that they should have done something [and didn’t].”

His father is certain that the decision to turn down David’s ESA claim was the trigger that led to his decision to kill himself, against a background of continuing financial pressures.

He remembers finding his son’s WCA report and all of his other official paperwork scattered over the floor of his flat after he died.

He said: “It was just dumped all over the floor; anything to do with anything official, he’d just had enough of it. That’s when I picked it up and read through it, this 33-page assessment.”

David’s mother Maureen said she believed the “fit for work” decision was “definitely” the trigger for his decision to take his own life.

She said: “It was the straw that broke the camel’s back.”

Several weeks after he died, two DWP officials visited the family and admitted that David should have been receiving ESA instead of jobseeker’s allowance for nearly two years.

David’s father said: “They were here for about an hour-and-a-half explaining everything. But these two – through Iain Duncan Smith – had killed my son, and I said this to them.

“They knew that what they had done was wrong and I said to them, ‘Had it been your children in my son’s situation, would you have acted the same way?’ They couldn’t answer that.

“I gave it to them with both barrels and they walked out with their tails between their legs, but it didn’t bring my son back.”

DWP paid the family £2,700 in compensation for the extra social security support David had not received while he was alive (the difference between the jobseeker’s allowance he received and the ESA he should have been receiving).

Maureen Barr said: “They turned around and said, ‘I don’t suppose it will help now, but we have reversed the decision.’

“I couldn’t believe it. I thought, ‘What good is that to him now?’”