You are here: Home / Politics / Queen’s speech: Six bills that may change disabled people’s lives, for better and for worse 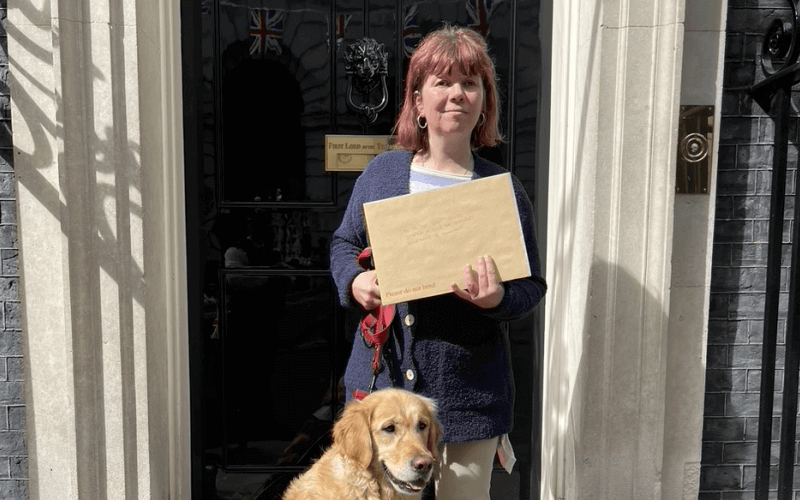 At least six pieces of legislation proposed by the government this week are likely to have a life-changing impact on hundreds of thousands of disabled people if they become law over the next year.

The Queen’s speech, delivered by Prince Charles on behalf of the UK government, included details of 38 new pieces of proposed legislation, and describes ministers’ parliamentary plans for the next 12 months.

Although all the 38 bills will affect disabled people in some form, if they become law, six of them already seem likely to have a particularly significant impact.

One of the most prominent is the new public order bill, which will introduce new offences and tough prison sentences for those taking part in direct action protests (see separate story).

Another is the draft Mental Health Act reform bill, which is likely to include many measures that will be widely welcomed, but also looks unlikely to ensure full human rights for people in mental distress (see separate story).

The social security (special rules for end of life) bill will extend new rules that make it easier for people who are terminally-ill to claim benefits.

The government has already introduced rules that allow fast-track applications for those believed to have up to 12 months to live – rather than the previous six months – for people applying for employment and support allowance and universal credit.

But in a briefing paper (PDF) published following the Queen’s speech, the government said it would introduce legislation that would also amend the “special rules” system for those claiming personal independence payment, disability living allowance and attendance allowance.

Among the most controversial of the proposed bills announced this week is the government’s new bill of rights, which will apply to the whole of the UK.

Disabled people have previously warned of the risk that the government’s bid to replace the Human Rights Act with a bill of rights could be used to water down protections.

The Equality and Human Rights Commission also warned in March, in its response to a consultation on reform of the Human Rights Act, that some of the government’s proposals risked reducing protections and lacked evidence.

The government said this week that the bill of rights was aimed at ending “abuse of the human rights framework” and “curbing the incremental expansion of a rights culture without proper democratic oversight”.

But Bethany Bale, policy officer for Disability Rights UK, said: “The lack of justification as to why the Human Rights Act needs abolishing and replacing with a new bill of rights is deeply concerning.

“The strengthening of ‘rights of wider society’ mentioned in the… consultation, without recognising that society is in essence made up of swathes of smaller groups with distinct needs which also need protection, could leave disabled people with less rights.

“We are concerned that the bill of rights will make it even harder for poorer and marginalised groups to access justice, and easier for institutions to escape justice.

“Disabled people already face a David and Goliath challenge when we take on institutions which fail us under the Equality Act. This new bill could see our slingshot taken away.”

Other bills certain to have a significant impact on disabled people if they become law include a transport bill, and a levelling up and regeneration bill.

The transport bill will set up a new body to replace Network Rail, Great British Railways (GBR), which will act as the “single national leader of the railways”, with the aim of delivering a “customer-focused railway, including by improving accessibility and promoting open data”.

Transport for All (TfA), the user-led charity which campaigns for an accessible transport system, said this week that its vision for disabled people “to be able to travel freely and with independence, door to door” would require “seismic, sustainable change in how the nation’s rail network – and intermodal* changes – are designed, delivered, and run”.

A TfA spokesperson said: “We hope that the creation of GBR will present an opportunity for accessibility to be foregrounded as a non-negotiable, and we look forward to working with rail industry colleagues to ensure disabled people are at the heart of these plans.”

The transport bill will also include measures on e-scooters, although the Department for Transport was unable yesterday (Wednesday) to say if it will legalise their use.

E-scooters are currently only legal to ride in England as part of live government trials in 30 areas, and on private land.

Sarah Leadbetter, from the National Federation of the Blind UK (NFBUK), handed in an “emergency petition” to 10 Downing Street on Monday (pictured), calling for action on e-scooters, which it says are “inherently dangerous by design”.

The petition, so far supported by 40 organisations, calls on the government not to legalise privately-owned scooters for use on public highways, to ban the sale of private e-scooters in the UK, and to shut down the government trials.

NFBUK believes the “safety and sanctuary of the pavement will be lost for ever if private e-scooters are legalised for use on the public highway”.

Its research has found legal and illegal e-scooters “being ridden on pavements, on pedestrian crossings, riders riding at people, riding in public areas, riding double and very young people riding them”.

NFBUK has also found dockless e-scooters causing obstructions and trip hazards on pavements, at pedestrian crossings and in public spaces, and it has compiled a list of train and bus operators that have banned e-scooters on their services because of the fire risk, after one “spontaneously combusted” on a London tube train.

Leadbetter said: “I have been to a number of the e-scooter trial areas and I have not felt safe, I have had both legal and illegal e-scooters whizz past me and my guide dog on the pavements and in pedestrian-only places.

“The riders had absolutely no care or thought for mine or my guide dog’s safety and wellbeing.”

She added: “It is already unsafe while they are illegal and it is terrifying to think this situation could become even worse [if they are legalised] as anybody will be able to get their hands on one.

“This will not be safe for me and many other blind, visually impaired people and other vulnerable pedestrians and it will affect our ability to be able to walk around our towns and cities independently.”

A DfT spokesperson said: “While riding a privately owned e-scooter on public land is currently illegal, we are considering how best to design future regulations.

“Our transport bill would enable us to take the steps we need to support innovation, robustly crack down on irresponsible use and make e-scooters safer.”

No decisions have yet been made regarding future use and legalisation of e-scooters, DfT said, although findings from an evaluation of e-scooter trials are due to be published later this year.

Katie Pennick, TfA’s campaigns and policy manager, said: “At a critical time for action on climate, and with disabled people being among the most severely impacted by the effects of climate change – particularly air pollution – we welcome any initiative that aims to provide people with more sustainable ways to travel.

“However, micro-mobility services must be accessible to and inclusive of Deaf and disabled people, while being delivered with minimal negative impact on other disabled street-users, including pedestrians.

“We know from our members that many people, particularly blind and visually-impaired people, are facing new barriers due to the introduction of e-scooters: from more cluttered pavements to safety concerns around collisions.

“We are concerned that, without in-depth empirical data from the trial showing the number of collisions and near-misses (broken down into impairment groups), the government cannot adequately ensure that disabled people will not be adversely impacted by this change.”

Meanwhile, the new levelling up and regeneration bill will include measures that ensure “everyone can continue to benefit from al fresco dining”, which saw temporary powers given to councils during the pandemic that allowed restaurants and bars to place furniture on pavements and serve guests outside.

The Department for Levelling Up, Housing and Communities said yesterday (Wednesday) that the “al-fresco dining revolution” would be “made permanent”, with the bill “making it permanently cheaper and quicker to get a licence for outdoor dining”.

TfA said it was “well aware of the concerns many disabled people hold around pavement licensing, having campaigned last summer to bring attention to the additional barriers many were facing – street clutter, crowded pavements, and blocked routes.

“We will be seeking to influence the direction of legislation to ensure any proposals properly consider and address the accessibility of pavement dining.”

*Transport that involves more than one type of carrier, for example a bus and a train, to complete a journey