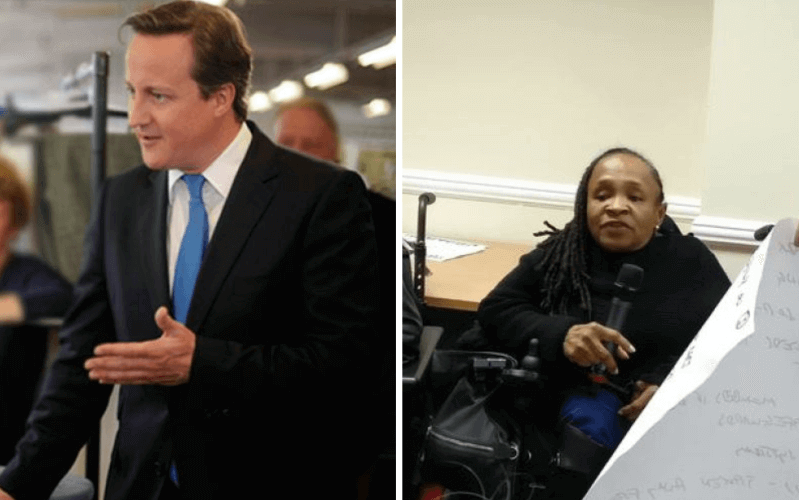 The government appears to have admitted that David Cameron’s 2010 pledge to “end the bias” towards including disabled children in mainstream schools was a huge mistake and now needs to be reversed.

In 2019, shortly after the government announced the SEN review that led to this week’s green paper, a National Audit Office report found the number of pupils with special educational needs and disabilities (SEND) who attended special schools or alternative provision* had risen by more than a fifth between 2014 and 2018.

The green paper says this has continued to increase, with the proportion of pupils in specialist provision increasing by nearly a fifth (19 per cent) between 2016 and 2021.

Now the government appears to have had a major change of heart over its long-standing “end the bias” policy.

This week’s green paper includes a promise to “shift the dial” to ensure that the “vast majority” of children can receive the support they need without having to attend a special school or alternative provision.

And it says that the steadily increasing number of children and young people attending specialist settings and receiving education, health and care plans (EHCPs) has meant “more financial resource and workforce capacity is pulled to the specialist end of the system”.

It says this has meant there is less funding available to deliver support in mainstream settings.

And it adds: “Far more children and young people should be able to access the support they need in their local mainstream setting, without the need for an EHCP or specialist provision.”

The Right Support, Right Place, Right Time green paper is now out for consultation until 1 July.

It says there are “growing pressures” across a system that is “increasingly characterised by delays in accessing support for children and young people, frustration for parents, carers, and providers alike, and increasing financial pressure for local government”.

And it says that, despite an “an unprecedented level of investment in high needs”, for many families “their experience of the SEND system is bureaucratic and adversarial, rather than collaborative”.

Among its proposals is for a simplified EHCP system; a new legal requirement for councils to introduce “local inclusion plans” that will bring together early years, schools and post-16 education with health and care services; and improved staff training.

It also promises to change “the culture and practice in mainstream education to be more inclusive and better at identifying and supporting needs, including through earlier intervention and improved targeted support”.

But the green paper also includes a promise to deliver up to 40 more new special and alternative provision free schools in addition to more than 60 already planned, as part of an investment of £2.6 billion over the next three years to provide new places in both mainstream and special schools, as well as other specialist settings, and to improve the suitability and accessibility of existing buildings.

The Alliance for Inclusive Education (ALLFIE) said yesterday (Wednesday) that the green paper was an admission that the government had “made a huge error 12 years ago”.

But Michelle Daley, ALLFIE’s director, was quick to dismiss any suggestion that the green paper signalled a progressive new SEND policy.

Instead, she said she had been “horrified” to find so many “serious issues” as she read the document.

Daley said the green paper is “steeped in social injustice and inequality”, omits any reference to inclusive education as a human right, and is “riddled with biases towards segregated education for disabled children and young people”.

She said ALLFIE was concerned about the idea that new “national standards” will set out “when needs can and should be met effectively in mainstream provision”, which she said was likely to promote disability discrimination and force some disabled children, particularly those with higher support needs, into segregated education.

She said this was incompatible with the UN Convention on the Rights of Persons with Disabilities.

Daley said the green paper has also “erased intersectional identities”, by all but ignoring issues such as race, classism and gender bias.

She said: “ALLFIE would hope that after so much harm and trauma experienced by children and young people through failures by the state in education, this SEND green paper would have been the ideal opportunity for the government to co-produce a fully national inclusive education system with disabled people and their allies.”

She said the UN committee on the rights of persons with disabilities had called for such a system in 2017.

ALLFIE will be drawing together its own response to the green paper after consulting with disabled people around the country over the next three months.

It welcomed the government’s recognition that the current system was flawed and that navigating the system was “a nightmarish experience for too many families”.

But chief executive Kamran Mallick said DR UK was “very concerned” that the government only wanted to maintain EHCPs for those children with the highest needs, as non-EHCP support was “a poor relation to EHCPs, lacking the legal frameworks and protections which EHCPs offer” and “leaves parents with no form of redress where the support is inadequate”.

He was also critical of the government’s reference to “unprecedented” investment in SEND when “per capita, and appropriate to need, it is still absolutely inadequate”.

He said: “Over a quarter of a billion (£253 million) has been spent by local authorities on fighting parents in SEND tribunals since 2014.”

Mallick said that parents are successful in 95 per cent of these tribunals.

He said: “This is SEND ‘investment’ – but the money has been spent in entirely the wrong areas.

“If the government focused less on how much it is spending and more on the needs of disabled children, perhaps funds would make it into providing meaningful support and access to education, which would result in the better outcomes for disabled pupils we all wish to see.”

The Department for Education had not responded to questions on the government’s apparent “end the bias” admission by noon today (Thursday).

But education secretary Nadhim Zahawi said in a statement earlier this week: “I want to make sure everyone knows what to expect, when to expect it and where the support should come from.

“I know there are strongly held views and I want to hear from as many parents, teachers and children with experience of the system so they can help shape a future policy that works for them.”

Later this year, the government will publish a national SEND delivery plan, setting out the government’s response to the consultation and how it will implement its proposals.