You are here: Home / Arts, Culture and Sport / Theatre leaders ‘behaving almost criminally’ over call to reopen with no social distancing 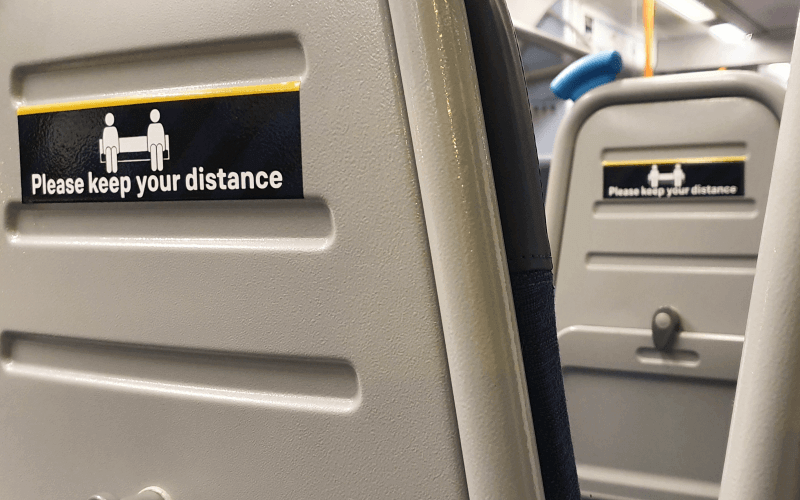 Theatre leaders are behaving “almost criminally” by demanding the government allows them to fully reopen venues without any social distancing, according to one of the founders of the UK Disability Arts Alliance.

Andrew Miller, who has just completed three years as the government’s disability champion for the arts and culture sector, said he was “extremely alarmed” by claims from senior theatre leaders and executives that it was safe to do so for those who are “clinically extremely vulnerable” (CEV) to the virus.

He said such claims were “utterly without foundation or evidence, almost criminally so”.

Last month, the alliance marked the first anniversary of its #WeShallNotBeRemoved campaign, which has pushed for an inclusive recovery for the arts and culture sector and to ensure that Deaf and disabled people do not face discrimination as the industry reopens.

But Miller told a panel at The Stage’s Future of Theatre conference last week that the cultural sector was “fast heading to a two-tier reopening.

“For the fit and able first, then sometime later for disabled and ‘vulnerable’ people.”

He said this would represent a “catastrophic failure for a sector that prides itself on its ‘inclusivity’”.

Miller said that the government’s Events Research Programme (ERP) – which is testing how post-lockdown crowds can safely return to sports and cultural venues – would produce no evidence on CEV people as the ban on their participation in the test events was overturned too late to produce any useful data.

He said: “Both the sector, and CEV people, urgently need scientific data from the ERP to support a safe return for everyone.

“#WeShallNotBeRemoved has requested this from DCMS [the Department for Digital, Culture, Media and Sport] and we are awaiting a response.”

He told Disability News Service (DNS) this week: “We have to move with caution to ensure the live events sector reopens for everyone.

“#WeShallNotBeRemoved was started explicitly to campaign for an inclusive recovery, as we foresaw reopening could become very messy for disabled people.”

Miller said that the data was needed to give the sector and CEV people assurances “that we are not any more at risk of COVID transmission at indoor venues than the encouraging results for the general population established at the initial trials where CEV people were banned”.

He said DCMS needed to capture data about the gender, disability and minority ethnic status of all those taking part in the next round of trials.

He said: “It is vital this data is publicly shared at the earliest opportunity to enable CEV people to assess their own levels of risk, and for venues to put in place any appropriate measures.

“And without the right data to guide my own decision-making, even as a doubly vaccinated individual, I would not feel personally comfortable or safe booking a theatre ticket in the current environment.”

He said venues needed to be “upfront” about their COVID safety measures for disabled audiences and share publicly how they had implemented the Seven Inclusive Principles the campaign published last September.

These principles include meeting the requirements of the Equality Act, ensuring the provision of reasonable adjustments, and adhering to the social model of disability, and the need for co-production with disabled people when developing operating or re-opening plans.

Miller added: “We already know that disabled people’s confidence in returning to live events attendance is trailing behind that of the general population.

“As disabled people represent 12 per cent of the national audience, it is a commercial as well as a moral responsibility for the industry to get this right.”

When approached by DNS, DCMS refused to confirm that there would be no data about CEV people from the first round of the ERP, and it refused to say if it accepted Miller’s concerns, and if it did, what action it would take to obtain data on CEV people and protected characteristics data.

But a DCMS spokesperson said in a statement: “It is the responsibility of the attendee to decide whether or not it is appropriate to attend a pilot event.

“The ERP science board advises caution for the clinically extremely vulnerable people attending the pilot events on public health grounds, however these groups are not excluded from involvement in the pilots.”