You are here: Home / Benefits and Poverty / Tomlinson sketches out reforms on sanctions, assessments and Access to Work 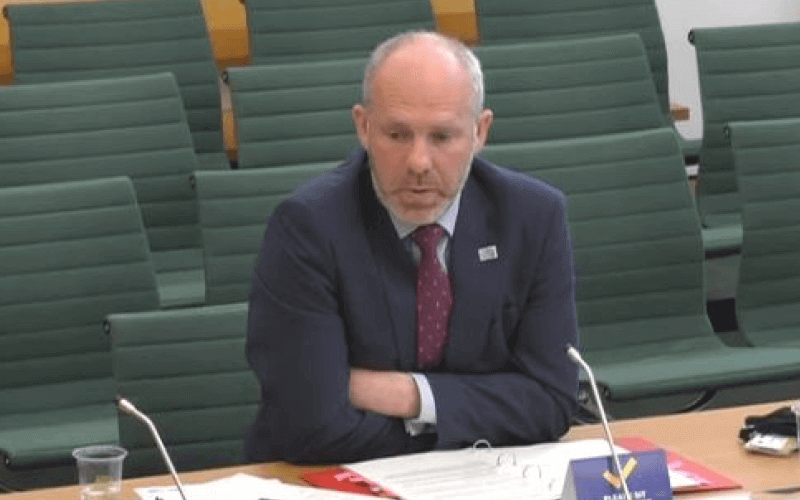 Justin Tomlinson told MPs on the work and pensions select committee yesterday (Wednesday) that the green paper would include changes to disability benefit assessments, the Access to Work system, and benefit sanctions.

He also suggested that the green paper, and the delayed cross-government disability strategy, would “possibly, probably” be published together and before the summer recess in July.

It is the first time that the minister has admitted that his disability strategy will not be published this spring, as planned.

He said DWP was “very, very encouraged” by the introduction of telephone and video disability benefit assessments during the pandemic.

He said: “We will keep video and telephone assessments and through the health and disability green paper we will explore to what extent and where they are best to be used.”

He said this may allow the use of more specialist healthcare professionals to carry out assessments of claimants with some health conditions, as the assessor and claimant will not need to be in the same location for the assessment.

Tomlinson (pictured) also said that the green paper would include measures to improve the availability of advocates to support benefit claimants who are currently “unable to engage” with the system, while another “key theme” would be “removing unnecessary assessments”.

On benefit sanctions, he said DWP needed to be “absolutely on top of our game in identifying potentially vulnerable claimants” and then engaging an advocate – if appropriate – to support those claimants as part of “one last push to try to find a way to build a positive relationship” before the “last resort” of a sanction.

He said: “I have seen, through my casework as a constituency MP, sometimes, some people are overwhelmed by the process [that leads to a sanction].”

He said this would be a “key theme” of the health and disability green paper.

Tomlinson also said that improvements to the work capability assessment system would be an important part of the green paper.

Labour’s Steve McCabe asked Tomlinson about disabled people’s lack of trust in DWP and concerns about the department’s “lack of respect” for disabled people.

Tomlinson said he viewed these issues “incredibly seriously” and that they would be addressed in the green paper and the disability strategy, and that it was important to ensure that people with “real life experience” are “engaged in the process of co-designing how we provide our information, our services, the support”.

He said the green paper would also look at how more “supportive evidence” for a benefit claim could be gathered early in the process – as disabled activists have been calling for for the last decade – as a way to reduce the number of claims unfairly rejected before they reach the appeal stage.

The evidence session was part of the committee’s inquiry into the disability employment gap, the difference between the rate of disabled people and non-disabled people in jobs.

McCabe asked Tomlinson what was being done to improve the “utterly bureaucratic”, “really difficult to access” and “paper-based” Access to Work (AtW) scheme.

Tomlinson said he accepted most of those criticisms, although record numbers – 44,000 disabled people – were receiving support through the scheme.

He said: “It is fair to say it is an analogue system in a digital world… it is hard work.”

But he said there was now funding to transform AtW into a digital scheme, and the results of the work already underway were “very, very exciting”.

He also spoke of providing potential job applicants with more certainty about the support they would be able to receive through AtW – ahead of a recruitment interview – through an AtW “passport”, which he said DWP was “very, very excited” about.

He said: “If they work, and I would be very surprised if they didn’t, this would then be rolled out and become the norm for Access to Work.”

This appears to be similar to a pledge first made by the Tory-led coalition government in 2010, but which it later withdrew.

Tomlinson refused to accept criticism from the National Audit Office, which said that the government’s current disability employment target – to get one million more disabled people into jobs between 2017 and 2027 – “cannot be used to measure the success of the government’s efforts”.

But Stephen Timms, the committee’s chair, failed to point out that research had shown that the gap had not narrowed at all in recent years, once account was taken of the increasing number of people identifying as disabled.

Tomlinson said the consultation to be carried out on the green paper would ask for views on the appropriate target for disability employment.

Asked about the success of the government’s much-criticised Disability Confident employment scheme, and if employers who have signed up are employing more disabled people and treating their existing disabled employees more fairly, Tomlinson said a key part of the scheme was about “sharing the best practice”.

But he said the green paper would look at “what more can be done” with Disability Confident, including whether more data could be gathered from its members.

Tomlinson said DWP had carried out surveys of Disability Confident members which showed at least half had taken on at least one disabled staff member since joining the scheme.

Disability News Service revealed in October 2019 how a freedom of information response from DWP showed that the 13,600 employers that had signed up to the scheme since it was launched in 2013 had pledged to provide just 8,763 paid jobs for disabled people between them.