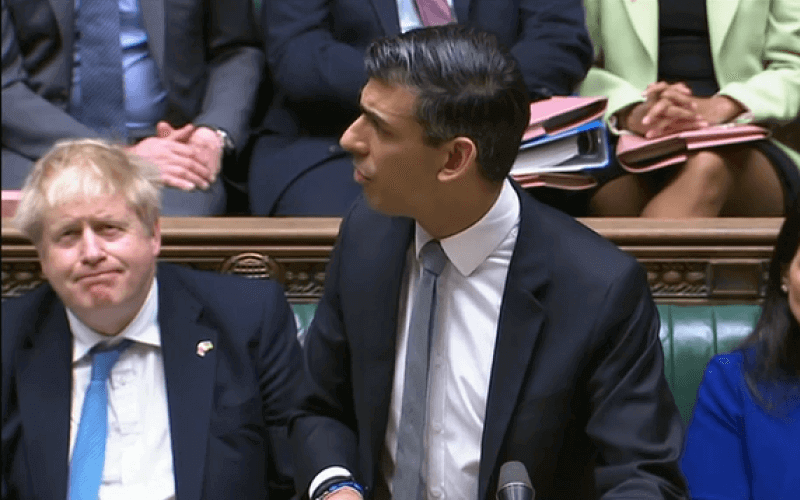 The government is refusing to release information that would show the impact on disabled people and other equality groups of the chancellor’s spending decisions in March’s spring statement.

Disabled people reacted with disbelief in March to the chancellor’s “cruel” decision to all-but-ignore those who rely on benefits, even as the Office for Budget Responsibility (OBR) was warning that the real value of benefits was set to fall by five per cent in 2022-23.

Following the spring statement, Disability News Service (DNS) submitted a request under the Freedom of Information Act to see any equalities impact assessment (EIA) carried out by the Treasury on the measures announced by chancellor Rishi Sunak.

DNS also asked to see an analysis of the overall impact of the spring statement on lower-, middle- and higher-income households.

But the Treasury has refused to release those documents.

It is claiming an exemption under freedom of information laws.

Although it accepts there is “clear public interest in the work of Government departments being transparent and open to scrutiny to increase diligence”, it argues that revealing the equality impact of Sunak’s decisions “would be likely to have a detrimental impact on the ongoing development of policy”.

DNS has called on the Treasury to think again, arguing that neither EIAs nor household distributional analyses are subjective advice but are instead objective assessments whose authors should not be affected in any way by the possibility that their reports could eventually be published.

“Ministers claim this is something they are looking to address.

“Yet time and time again, we see their reluctance to release this data.

“Most recently they refused to release the NatCen Social Research report on The Uses of Health and Disability Benefits until forced to do so by the work and pensions committee.

“[That] report clearly demonstrates how many disabled people have been struggling with their finances, even before the current cost-of-living crisis.

“Ministers need to stop hiding behind different protocols and admit that they need to get their act together.

“Transparency is key to ensuring disabled people know that policymakers are truly considering their needs.”

The Equality and Human Rights Commission has refused to criticise the Treasury.

Days after it emerged that the commission had refused to follow through on plans for an inquiry into multiple deaths linked to the failings of the Department for Work and Pensions, the watchdog refused to comment on the Treasury’s failure to release the two documents, and failed to call for them to be released.

In his 3,500-word speech in March, Sunak announced a rise in the starting threshold of national insurance and a temporary 5p per litre cut in fuel duty, as well as an extra £500 million for the Household Support Fund.

But there was no mention in his speech of disabled people and how many of them were struggling to survive, and no attempt to increase benefits to match the sharply rising rate of inflation.

Inclusion London called Sunak’s failure to provide any specific support for disabled people “truly appalling” while Disability Rights UK said disabled people had been left “living on bare bones benefits such as employment and support allowance and universal credit with nothing to cover the shortfall produced by rocketing costs of living”.