You are here: Home / Benefits and Poverty / Trio of disabled women shame DWP with parliamentary call for action on safety 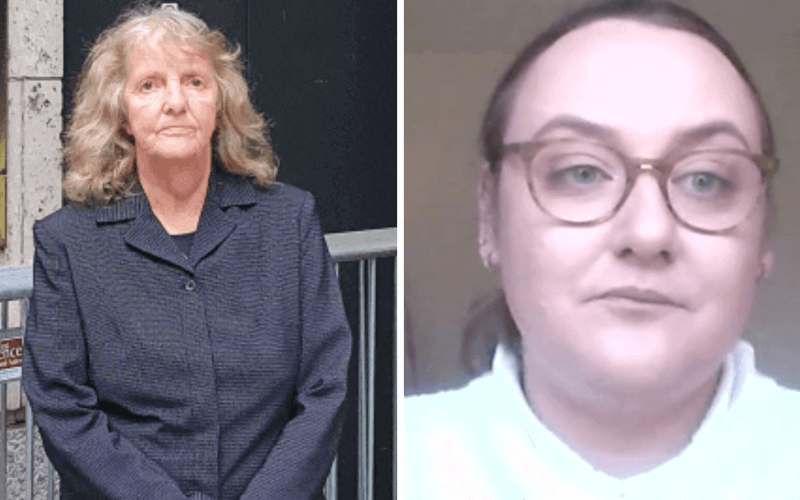 Three disabled women whose relatives have died because of failings by the Department for Work and Pensions (DWP) have told a parliamentary meeting of the need for urgent safety improvements to the social security system.

Imogen Day described to Tuesday’s meeting how a coroner found that 28 separate “problems” with the administration of the personal independence payment (PIP) system had helped cause her sister Philippa’s decision to take her own life.

She said she could not count the number of panic attacks she had coached her sister through because of the PIP assessment system, and how her sister’s last months were “filled with acute distress and anxiety”.

One of the key errors was to deny her sister a home assessment.

She told the meeting: “On the last day we spoke she called me in tears to tell me that she had received a letter to inform her that she would need to attend a face-to-face assessment and failing to attend would result in her application being cancelled.

“I cannot begin to describe the fear I felt in my stomach after that call, or the rage I felt when I learned that that letter did not need to be sent.

“When I found Philippa unconscious the next day, that same letter was by her head.

“In a room full of the disarray of someone in crisis, Philippa had taken the time to ensure that we were not to doubt ourselves.

“In my sister’s last conscious moments, she had tried to spare us pain.”

She called on those attending the meeting to remember the faces, names and families of those who had died, who were “the cost” of DWP’s failings.

She called for a thorough investigation into the impact of the benefits system on mental health.

She said that applying for benefits “should not be a risk to a disabled person, and yet it is”, but DWP continued to “refuse to acknowledge that there are significant systemic issues preventing disabled people from accessing a safety net that they are entitled to”.

She added: “Ensuring that the benefits system is cost-effective should not come at the cost of human lives.

“We cannot allow more to lose their lives or mental resilience to failures in the benefits system.”

Alison Burton, whose father-in law Errol Graham starved to death after DWP wrongly stopped his out-of-work benefits, told the meeting that there was a “major culture problem” within DWP, which repeatedly failed to make reasonable adjustments to support benefit claimants with mental distress.

She said: “The DWP is not doing enough to make those adjustments for those people.”

She also spoke of DWP’s refusal to accept that it has a duty of care to claimants.

She said: “It seems that the DWP, despite it being given the opportunity to fix the system and make it safer for people, still tries to keep itself at arm’s length where duty of care is concerned.”

She also said that she had been “bombarded” by DWP’s legal team when she attended the inquest into her father-in-law’s death, and that the department’s “absolutely disgusting” approach had caused her family further unnecessary distress.

Burton said the secrecy shown by DWP in inquests did not offer “transparency” to families.

She said: “There’s a lot that needs changing around all that because it gives DWP too much power.”

Joy Dove, whose daughter Jodey Whiting took her own life in 2017, told the meeting that the DWP civil servants who removed her daughter’s employment and support allowance because she had failed to attend a work capability assessment “never saw my daughter’s face”.

She said her daughter was essentially an “invisible woman” who had had everything taken from her, and that DWP had “pushed her to suicide”.

Dove said she had written two letters to the coroner that blamed DWP before the inquest into her daughter’s death.

But she said the inquest had lasted just 37 minutes and failed to investigate DWP’s role in the death.

Dove has been fighting in the courts for a second inquest. The high court refused her request, and she is now seeking permission to appeal from the Court of Appeal.

She told the meeting that she would continue her campaign for justice for her daughter.