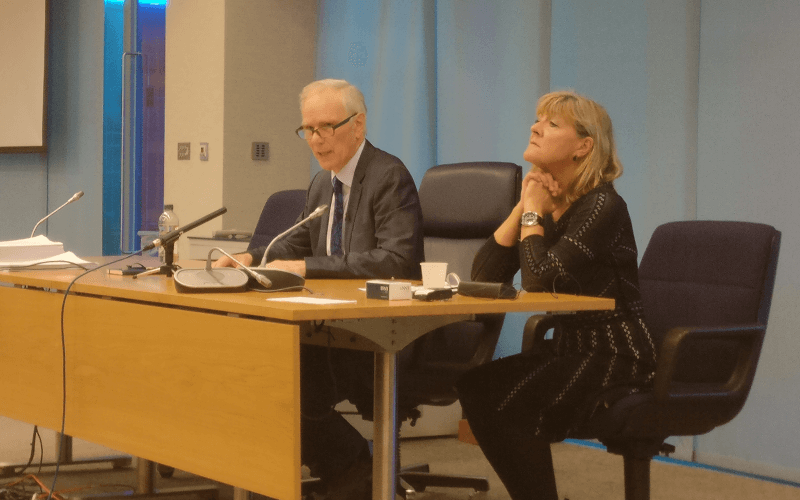 The UK government has inflicted “great misery” on disabled people and other marginalised groups, with ministers in a state of “denial” about the impact of their policies, a UN human rights expert has concluded.

And he said it was clear that there needed to be a better assessment of the impact of the government’s social security cuts and reforms, including any links to the deaths of people found unfairly fit for work.

He said work capability assessments that had found disabled people unfairly “fit for work” had caused “a huge cause of frustration and disbelief” and that he had no doubt that disabled people had been “hit particularly hard by the changes in the benefit system”.

Alston said figures from the Social Metrics Commission showed that 14 million people, a fifth of the population, were living in poverty and nearly half of them were from families in which someone was disabled.

He said disabled people “were feeling a very big crunch” and he added: “Many of them were still getting benefits but those benefits had been reduced dramatically, many others were put in a position where the assessment had concluded that they were not really disabled and that they should simply get out and work.”

He said disabled people had told him “again and again about benefits assessments that were superficial and dismissive, and that led to findings that contradicted the advice of their doctor”.

Alston said the “lack of compassion” and the “lack of trying to really understand the challenges confronted in life” by many disabled people was “a real problem”.

He was speaking to journalists at the end of a 12-day visit to the UK as he published a preliminary statement on his findings.

He said the government had succeeded in putting out the message that “the state does not have your back any longer. You are on your own.”

And he warned: “By emphasizing work as a panacea for poverty against all evidence and dismantling the community support, benefits, and public services on which so many rely, the government has created a highly combustible situation that will have dire consequences.”

Alston said his discussions with ministers had convinced him that they were in “a state of denial” about poverty.

He said they appeared to be “happy with the way their policies are playing out” even though they had inflicted “great misery” on groups such as “the working poor, on single mothers struggling against mighty odds, on people with disabilities who are already marginalized, and on millions of children who are being locked into a cycle of poverty from which most will have great difficulty escaping”.

He said he had heard “story after story from people who considered and even attempted suicide” and had spoken with many organisations that had needed to introduce suicide prevention training for frontline staff.

One adviser told him: “The cumulative impact of successive cuts has been devastating.

“People are coming to me because they are suicidal, they have turned to sex work, they can’t live with themselves.”

Alston said there was a sense from the government that it should “make the system as unwelcoming as possible, that people who need benefits should be reminded constantly that they are lucky to get anything, that nothing will be made easy”.

And he said it was “very hard to disagree” with the conclusion that the government’s sanctions system was “cruel and inhuman”.

He said the government clearly wanted sanctions to be “harsh… immediate… painful”, even though the evidence he had seen suggested that they were “usually counter-productive, that they create fear and loathing among claimants, that they impose immense hardships on people who might have been five minutes late for an appointment [or] might have screwed up in some other way”.

Alston said this “punitive approach” was “utterly inconsistent” with the “social underpinnings” of both people’s human rights and the “British sense of community and the values of justice and fairness”.

Although his report focused on the social security system, particularly universal credit, he also pointed to the real-terms cuts of 49 per cent in government funding faced by local authorities from 2010-11 to 2017-18, alongside a rise in demand for social services.

He said: “As I toured the country, I was told time and again about important public services being pared down, the loss of institutions that would have previously protected vulnerable people, social care services that are at a breaking point, and local government and devolved administrations stretched far too thin.”

Asked in parliament on Monday about the report’s findings on disability, the minister for disabled people, Sarah Newton, said the government was “putting in place record levels of funding to support people with disabilities”.

She said: “I published a very full response to the previous UN report [by the UN’s committee on the rights of persons with disabilities], and I utterly repudiate the conclusion that this country does not support disabled people.

“I am determined to make sure that every disabled person in our country has the opportunity to fulfil their potential.”

Asked by Marsha de Cordova, Labour’s shadow minister for disabled people, about the sanctions regime and the “hostile environment” the government had created for disabled people, Newton claimed wrongly that Alston had stated that no benefit decisions at all were overturned at the internal review, or mandatory reconsideration, stage (see separate story).

Newton said: “The benefit system is there to provide personalised and tailored support for its recipients.

“We have undertaken a huge number of independent reviews of our benefit system and we do not hesitate in making improvements when they are identified.”

Alston will present a full report to the UN Human Rights Council in June.