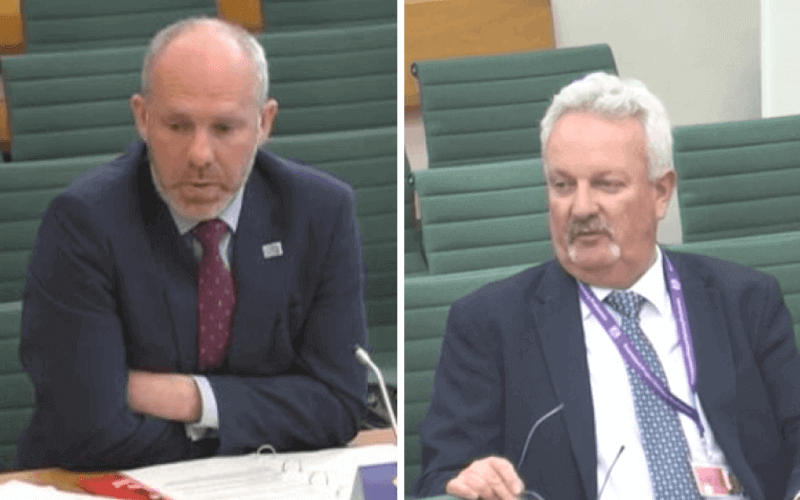 The senior civil servant in charge of universal credit has repeatedly refused to explain why ministers have spent years using misleading information to try to persuade disabled people to transfer onto the government’s new working-age benefit system.

Neil Couling spent three days on social media this week attempting to persuade Disability News Service (DNS) to run a news story that would show many disabled people “how much better off they’d be on UC”.

Couling, a DWP director general and in charge of the implementation of universal credit (UC), had initially responded to a DNS news story which reported how DWP had bowed to pressure from a regulator and finally published figures that proved at least one million disabled people would eventually be left worse off through the rollout of UC.

Couling insisted that DWP had always planned to publish this “gainer analysis” and blamed the delay in doing so on “years of unfounded negative publicity” which was preventing “so many people seeing how much better off they’d be on UC”.

Over the three days, DNS repeatedly asked Couling to explain why he and ministers only ever stated publicly how many disabled people would gain from moving onto UC, but never balanced that with how many would lose out.

Couling even defended a minister, Justin Tomlinson, who – when asked in 2017 what assessment DWP had made of the financial impact of UC on disabled claimants – told parliament that “around one million disabled households will gain, on average, £100 a month”.

Couling had earlier suggested that ministers were only “responding to false claims that all people with disabilities lose out from UC” when they made such claims, but Tomlinson had simply been asked for figures showing the overall financial impact of UC on disabled claimants.

Couling continued to insist that hundreds of thousands of disabled people would be better off on UC, and he highlighted the 600,000 employment and support allowance (ESA) claimants who would gain if they moved voluntarily to UC.

But he failed to point out that DWP’s own figures also showed that about 500,000 ESA claimants would eventually be worse off under UC, despite any transitional protection* they received.

This is because those among the 500,000 who would initially benefit from transitional protection would eventually lose all that extra support, and all of this group would be left worse off under UC within the first year, because of inflation.

Any subsequent increase in UC, apart from the childcare element – including at the start of every financial year in April, when a claimant’s benefits would otherwise have increased by the rate of inflation – will lead to a reduction in this transitional protection by the same amount.

When Couling asked again for a positive story about the migration of ESA claimants from legacy benefits onto UC, DNS pointed to concerns about serious safeguarding issues with the new system.

These include those described earlier this year by a DWP whistleblower, who warned that work coaches are being “bullied and harassed” into forcing claimants with significant mental distress into attending work-related meetings while they are waiting months for a work capability assessment.

Couling had not responded to this post by noon today (Thursday).

*Those who are “managed” onto UC by DWP, rather than moving voluntarily or due to a change in circumstances, will receive transitional protection, which means they will receive the same cash amount they previously received under legacy benefits, if they would otherwise have lost out financially