A disabled former nurse has described how the “brutal” and “biased” universal credit system left her feeling trapped and worthless.

Shirley Rudolph was eventually forced to abandon her universal credit claim and rely on two small pensions and bereavement support to avoid having to cope with the “demoralising” impact of universal credit.

She is just one of many disabled people who have told Disability News Service (DNS) about the impact of the working-age benefit system.

DNS has this week published details of three claimants whose experiences suggest serious flaws within the universal credit system, particularly in relation to its heavy reliance on the online journal and the impact it can have on claimants’ mental health.

Rudolph had been claiming universal credit since 2019, when her anxiety levels became “very acute” after her husband was admitted to a care home.

The former nurse, from Suffolk, had spent 10 years caring for her husband at home after leaving her job in the NHS, and had worked for many years following a diagnosis of generalised anxiety disorder.

After starting her claim three years ago, she was placed in the limited capability for work category (the equivalent of the work-related activity group of employment and support allowance), but in the last year she found the process of coping with universal credit increasingly stressful.

Her work coach was, initially, “relatively kind”, offering to hold meetings on the phone, instead of forcing her to attend the jobcentre.

But about six months ago, Rudolph was waiting for a scheduled phone call, and her work coach reprimanded her for failing to attend a face-to-face appointment.

She had received no notification that she was expected to attend the jobcentre, rather than waiting for the usual phone call.

She said: “I apologised and explained it was an honest mistake. Her tone of voice made me feel like a child being scolded. I became upset and she ended the phone call.”

After the death of her husband on 21 July, Rudolph messaged her work coach and told her that she would not be able to attend her jobcentre appointment as she was preparing for her husband’s funeral and dealing with the other many arrangements that need to be made when a loved one dies.

She said she was “in no fit state” to attend a jobcentre meeting.

She was appalled when the work coach failed to express any sympathy, and delayed the appointment by just a week, while she was sent a link to a job application she had to complete.

As a result, she ended her universal credit claim.

She said: “It doesn’t take much for me to think that I am worthless, due to childhood trauma. This woman in particular made me feel exactly that.

“Needless to say, my depression and anxiety have worsened since these experiences.”

When she complained to DWP about how she had been treated, she received a letter acknowledging that the work coach could have displayed more empathy.

Rudolph is now living on a small NHS pension and sum from her husband’s NHS pension, as well as a bereavement support payment.

She said: “I realise I am in a better position than very many people in this country. I only have myself and the dog to think about.

“However, this system is brutal, and I think it is very biased where disabled people are concerned.

“Many people live in fear and don’t have a voice. From my own perspective, it eroded my self-esteem. To them we are statistics.

“Having said that, I am at least relieved that I no longer feel trapped and beholden to the benefits system.

“Although money is tight, I am pleased not to have to deal with that whole demoralising system anymore. I can live life more on my own terms again.”

A DWP spokesperson refused to say if it had any concerns about the way Shirley Rudolph had been treated, and whether her case suggested changes needed to be made to universal credit.

But she said in a statement: “Universal credit offers a vital safety net to millions of people, enabling them to support themselves and their families while building towards financial independence through work.

“In the case of Ms Rudolph, her jobcentre responded to her complaint acknowledging that it was not appropriate to re-book her work coach appointment so soon after her husband had died, explaining that the link she was then sent to a job advert was automated.

“We would encourage Ms Rudolph to apply for universal credit again.” 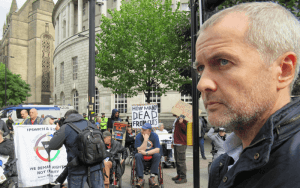 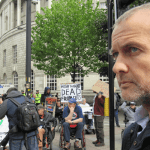 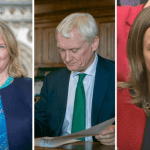 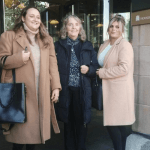 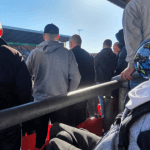 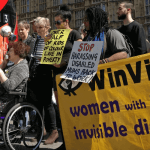