The government’s public health agency has refused to warn local NHS and council bodies that claimants of out-of-work disability benefits are at a hugely-increased risk of attempting to take their own lives.

The aim of the profile is to develop “an intelligence driven approach to suicide prevention” by providing figures that show the prevalence of suicide among different age groups and in different areas, and how different risk factors vary across those areas.

PHE says its SPP aims to support local areas in developing and monitoring their suicide prevention action plans, helping them to “understand suicide and the risk and service-related factors that may have a causal relationship”.

The profile includes 25 risk factors for suicide, including the prevalence of depression, alcohol-related hospital admissions and how many people live alone, and shows how these indicators vary in every county and unitary authority area in England.

This allows the experts who draw up local suicide prevention plans to see which risk factors are particularly high in their area, so they can pay attention to them and try to produce strategies to prevent people dying through suicide.

But PHE has ignored the proportion of the population in local areas that claims employment and support allowance (ESA) as one of those risk factors, even though it is aware of NHS figures that show nearly half of ESA claimants have attempted suicide at some point in their lives.

NHS Digital’s Adult Psychiatric Morbidity Survey showed in September 2016 that more than 43 per cent of ESA claimants had said (when asked in 2014) that they had attempted suicide.

He said this “negligence” made PHE “complicit” in the continuing suicides among sick and disabled people that were being caused by the government’s welfare reforms, and the further “catastrophic harm” caused to those who do not take their own lives.

Dr Jay Watts, the activist and consultant clinical psychologist who first highlighted the figures, said there was “clear and undeniable evidence of the exceptionally high rate of attempted suicide by ESA claimants from the Adult Psychiatric Morbidity Survey, the most comprehensive and widely respected measure of the nation’s mental health.

“This data has been triangulated by other evidences including that from senior health professionals, the police, activist groups and those volunteering on national suicide helplines, all of which concur that the benefits system triggers risk of death by suicide.

“Despite this, Public Health England has chosen to omit this from their new guidance, drawing the focus of local suicide prevention strategies away from an extremely high-risk group where help and care could make a real difference in mitigating risk.”

She added: “It is interesting that the ‘there are always multiple factors’ arguments is used to bat off mentioning evidence where the current government is implicated, yet somehow this rhetoric doesn’t get applied to other more politically neutral factors such as gender and loneliness.

“Given this peculiarity, it is difficult to read Public Health England’s decision to omit the mentioning of ESA claimants as anything but an indefensible politically motivated decision.”

PHE admitted that it had been aware of the NHS Digital ESA statistics.

But a PHE spokeswoman said that, because the 43 per cent figure was a measure of how many ESA claimants had attempted suicide during their lifetime, the timing of suicide attempts and claiming ESA “may not necessarily have occurred at the same time, which has to be considered when looking at the data”.

She also appeared to claim that the reason the national ESA figures could not be included in the profile was because they were based on too small a sample, so producing local figures for the SPP could potentially identify individuals.

This appeared to be a clear and basic misunderstanding of the statistics that would be used in the profile, as Department for Work and Pensions figures show there are many hundreds, and usually thousands, of ESA claimants in each local authority area in England.

And if PHE included ESA as a risk factor in its SPP, it would only produce figures showing the proportion of the local working-age population who claimed ESA, posing absolutely no risk of identifying any individual.

The PHE spokeswoman refused to reconsider her response, despite being asked to explain the apparent flaws and inconsistencies in her statement*.

She also claimed that PHE made clear in its local suicide prevention planning guidance that local areas should “also look at other sources to inform their prevention plans”.

But this planning guidance makes no mention of the ESA figures or any other benefits in the relevant section (section 3) or throughout the document.

Lily Makurah, national public mental health lead at PHE, said: “There are many reasons that can sadly drive someone to take their life by suicide.

“Our data helps to provide the basis for local authorities and partners to develop suicide prevention plans that best meet the needs of their communities.”

But McArdle said: “Judging from their reaction, it would appear that PHE have not properly examined the empirical evidence before us because had they done so it would be impossible for a reasonable person to reach the conclusion that they have.”

The Department of Health has repeatedly refused to explain why it fails to mention the figures or to highlight ESA claimants as a high-risk group in its own suicide prevention strategy for England.

Jackie Doyle-Price, the new “suicide prevention” minister, has refused to pledge to take the simple steps of highlighting that ESA claimants are a high-risk group in that strategy, and of alerting local agencies to the figures.

And this week her department failed to comment on PHE’s failure to mention the figures in its SPP.

The PHE spokeswoman did make it clear, though, that Doyle-Price had not been asked to approve the latest list of risk factors.

*The PHE spokeswoman also admitted that figures showing the proportion of ESA claimants with mental health conditions in the local working-age populations in areas across England were included in PHE’s mental health and wellbeing joint strategic needs assessment, which is designed to “help planners understand needs within the local population and assess local services”. But she failed to explain why similar figures for all ESA claimants in an area could not therefore be used in the Suicide Prevention Profile 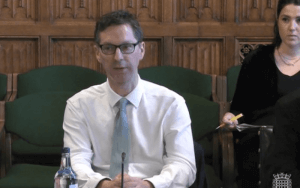