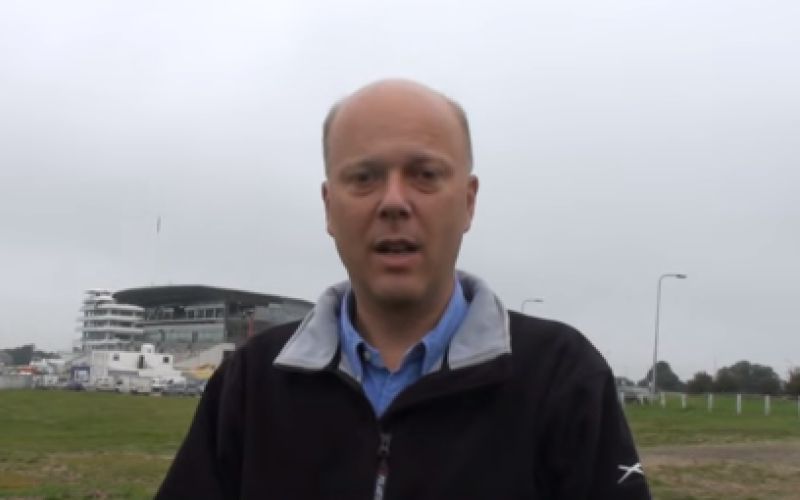 Ministers appear to have allowed a controversial disability benefits assessment to be rolled out to hundreds of thousands of long-term claimants with mental health conditions, even though a coroner had warned it was a threat to their lives.

Employment minister Chris Grayling (pictured) and work and pensions secretary Iain Duncan Smith decided in the summer of 2010 that Labour’s work capability assessment (WCA) could be rolled out to people who had been claiming long-term incapacity benefit (IB) the following spring.

But an investigation by Disability News Service (DNS) suggests that Duncan Smith and Grayling – who is now leader of the House of Commons – should have been aware of a legal letter written by coroner Tom Osborne in the wake of the suicide of a disabled man, Stephen Carre, in January 2010.

The letter – written under Rule 43 of the Coroner’s Rules, which were updated in 2013 – said Carre’s death was triggered by being found “fit for work”, and it called for a review of the policy not to seek medical evidence from a GP or psychiatrist if the claimant has a mental health condition.

A coroner could only write a Rule 43 letter if he or she believed that the evidence they heard in an inquest “gives rise to a concern that circumstances creating a risk of other deaths will occur or will continue to exist in the future”.

The WCA roll-out decision was key to the Conservatives’ pre-election pledge to “reduce welfare dependency”.

In the run-up to the 2010 election, both the Conservative and Labour parties stressed the importance of reassessing the estimated 1.5 million people still claiming old-style IB.

And in late May 2010, Duncan Smith announced that the government would press ahead with plans to put all those currently claiming old-style IB through the WCA in order to test their “readiness for work”.

Grayling and Duncan Smith made the decision that they would go ahead with the roll-out of the WCA in the spring of 2011, even though Osborne had written directly to the Department for Work and Pensions (DWP), just before the 2010 election, with his warning about the assessment.

In the years since then, activists have highlighted scores of cases of people whose deaths have been linked to the WCA process, including those of Nick Barker, Jacqueline Harris and Ms DE.

Osborne, at the time the assistant deputy coroner for Bedfordshire and Luton, wrote on 30 March 2010 to Yvette Cooper, the Labour work and pensions secretary.

He told her that the trigger for the decision of 41-year-old Stephen Carre, from Eaton Bray, Bedfordshire, to take his own life had been DWP’s rejection of his appeal against being found “fit for work”.

Neither the Atos assessor who assessed Carre, nor the DWP decision-maker who subsequently decided that he was fit for work and therefore ineligible for the new employment and support allowance, sought information from his GP, his community psychiatric nurse or his psychiatrist.

Under the Coroner’s Rules, DWP had just 56 days to respond to the coroner – taking the deadline for a response to late May 2010 – which Osborne pointed out in his Rule 43 letter.

But despite a legal obligation to respond, and explain what action they planned to take – or explain why they were not taking any action – ministers appear never to have replied to the letter.

That summer, Grayling appointed Professor Malcolm Harrington to carry out an independent review of the “fairness and effectiveness” of the WCA, and later told him that he wanted to go ahead with plans to roll out the WCA, despite Harrington suggesting that the roll-out should be delayed by a year.

Harrington has told DNS that he was never shown the coroner’s letter.

Despite the coroner’s conclusion that being found fit for work was the trigger for Stephen Carre’s decision to take his own life, a DWP spokesman said: “Suicide is a tragic and complex issue and there are often many reasons why someone takes their life, so to link it to one event is misleading.”

The spokesman said that a response was sent to the coroner on 4 May 2010, but has so far refused to confirm that this was merely an acknowledgement of the Rule 43 letter, or a holding response.

DNS has seen a letter sent to Peter Carre on 6 October 2010 in which the coroner said he had “yet to receive a substantive response” to his Rule 43 report from DWP.

The DWP spokesman pointed to the five independent reviews of the WCA, carried out by Harrington and Paul Litchfield, and to the “significant improvements” made to the assessment since 2010.

He said: “The WCA now has a much greater focus on what someone can do and on the impact of mental health conditions on someone’s capability to work.”

The DWP spokesman said claimants were “encouraged to provide all evidence that will be relevant to their case at the outset of the claim, including medical evidence supplied by their GP or other medical professionals”, while WCA assessors are “expected to seek further evidence” if it would help them award ESA without the need for a face-to-face assessment.

He said DWP decision-makers “assess all available evidence and seek more if required to reach their decision”.

But he admitted that DWP was still in discussions with Maximus – which took over the WCA contract from Atos earlier this year – to “pilot new evidence-seeking processes for claimants with mental health conditions”, more than five years after Stephen Carre’s death.

Asked whether Grayling and Duncan Smith were shown the letter, he said: “I don’t know. I can’t answer that question.”

Asked why the two ministers went ahead with the rollout of the WCA to incapacity benefit claimants early in 2011, despite the concerns raised in the coroner’s report, the DWP spokesman said: “I can’t give chapter and verse on exactly what decisions were made five years ago.”

Atos refused to respond to requests for a comment.