The Welsh government has been criticised for a “ludicrous” and “insulting” failure to address the adult social care funding crisis in a new draft framework on independent living.

Action on Disability, its new draft framework and action plan, was put out to consultation this week, and aims to “develop and improve access to help, advice and services for disabled people in Wales”.

The plan will eventually replace the Welsh government’s 2013 framework for action on independent living and follows a series of meetings and engagement events with disabled people, disability organisations and other stakeholders.

The report says that this public engagement process saw concerns raised about “cuts to social care provision” which had led to “lower allocations” of direct payments, leaving disabled people “increasingly isolated, and the impacts to their wellbeing compromised”.

But despite these concerns, the action plan refers only to previous strategies on services for visually-impaired people, Deaf and autistic people and those with learning difficulties, and fails to include any measures to address the cuts to support and the social care funding crisis.

This contrasts with its 2013 framework, which included lengthy sections on access to social care, direct payments and personalised support.

Of 44 actions supposedly aimed at improving the right to independent living in the new action plan, not one of them explicitly addresses the need to improve the overall access to care and support, although it does promise a review of the aids and adaptations system that supports disabled and older people to live independently in their own homes.

Instead, the action plan covers areas including disability employment, higher education – including a planned review of policy on disabled students’ allowance – public appointments, and access to public transport.

There is also no mention of social care in the section describing the Welsh government’s “commitments” on independent living, even though it promises to “work for continuous improvement” on how it fulfils its obligations under the UN Convention on the Rights of Persons with Disabilities (UNCRPD).

The failure of the action plan to suggest any measures to address the funding crisis and cuts to support suggests the Welsh government is in breach of the convention’s article 19, which says that governments signed up to UNCRPD should take “effective and appropriate measures” to enable disabled people to live in the community with “full inclusion and participation”.

There is also no mention in the document of the Independent Living Fund (ILF), and the Welsh government’s decision to close its interim Welsh Independent Living Grant (WILG) scheme, which it has been running as a stopgap with UK government transition funding since ILF closed in June 2015.

Because of the WILG closure, Welsh local authorities will be solely responsible for meeting the support needs of all former ILF-recipients by 31 March 2019.

Nathan Lee Davies (pictured), who is leading the campaign to persuade the Welsh government to overturn its decision to scrap WILG, said the failure to address social care in the action plan was “ludicrous” and “insulting”.

He said: “They seem like a load of ostriches burying their heads in the sand. It’s just really worrying.

“I am disillusioned but far from surprised. It just seems like they are copying what the Tories have done in Westminster, with the same devaluing of disabled people.”

He suggested that the Welsh Labour government had simply published a “flimsy” framework document in order to “placate the UN, and to be able to say, ‘look, we are doing something to support disabled people’”.

He said that ministers – by closing the WILG – were “washing their hands” of responsibility for social care and handing it to local councils, which could not afford to meet their responsibilities promised under the Social Services and Well-being (Wales) Act 2014, which Davies said should be renamed the Pie in the Sky Act.

Responding to criticisms of the document, a Welsh government official said: “Our ‘Action on Disability: the Right to Independent Living’ framework is a high-level plan covering a wide range of issues in line with our national strategy, Prosperity for All.

“A number of the actions in this draft action plan relate to social care; nevertheless we are open to suggestions on how the plan could be strengthened.

“We encourage everyone to contribute to the consultation – which we launched this week – to influence our future work to support disabled people as best we can.”

Davies has contrasted the actions of the Welsh Labour government with those of the UK Labour party, whose leader, Jeremy Corbyn, has publicly supported his campaign to save the WILG, as did members of Welsh Labour at their annual conference earlier this year.

He said that this “tripartite” system had provided the support he needed that led to him being recognised with an honorary degree by Wrexham Glyndwr University for his services to disability rights.

He has also been involved with Wrexham football club, Disabled People Against Cuts, and the Care and Social Services Inspectorate Wales, as well as writing a new book, and running his campaign and a blog.

He also worked with Disability Arts Cymru on a #SaveWILG exhibition of visual art and poetry earlier this year.

Davies is now waiting to hear what will happen to his support package when WILG closes. 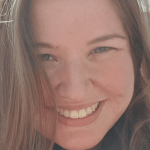 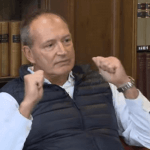 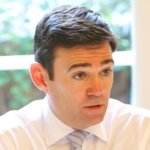 Trio of MPs expose widespread discrimination in House of Commons