A disabled asylum-seeker is fighting attempts by the UK government to return him to Iraq, even though his home is just a few miles from the frontline of the battle with Islamic State (IS) militants.

Ary Mohammed is an ethnic Kurd from north-eastern Iraq, and has lived in England for more than four years, after coming here with his English wife.

But the wheelchair-user was refused a visa to remain in the UK indefinitely after he and his wife separated two years ago.

He was forced to apply for asylum in June 2014, but had his application turned down, with the decision upheld by a court earlier this month. He is now appealing that ruling.

Because his asylum claim was rejected, he has been evicted from his accommodation in Liverpool, and is now staying in a single room with a friend in nearby Southport.

He is currently surviving without any benefits or other money, and relies on friends buying him food.

If he fails to overturn the Home Office decision to deny his asylum claim, he says he faces being sent back to his home city of Dukan, which is currently about 30 miles from the frontline of the fight between Kurdish Peshmerga troops and IS (also known as ISIS) militants.

He fears that returning to Iraq would prove a death sentence, because he would find it impossible to flee from the notorious, brutal IS forces if they attacked Dukan.

But he is also terrified of the brother of a former girlfriend, who tried to kill him in 2004 and was released from prison in 2009. It was as a result of being shot by this man – who comes from an influential Dukan family – that Mohammed lost his leg.

Mohammed said: “I am very, very scared because it is very dangerous. Because I am in a wheelchair, it is really hard to travel to another city.

“ISIS may not be in my city, but if they attack my city how can I protect myself? How can I get out?

“And how can I protect myself from that family? If the brother saw me again, definitely he would try to kill me.”

He said that “life is very, very hard” for a wheelchair-user in Iraq.

“I am not safe there. There is no support, no money, and my family is very poor.”

A Home Office spokesman said: “The UK has a proud history of granting asylum to those who need our protection and we consider every claim on its individual merits.

“Mr Mohammed was found not to need the protection of the UK and this decision was upheld by the courts.” 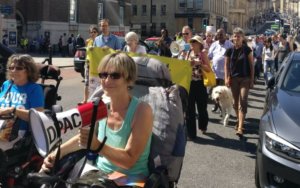 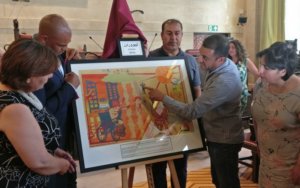