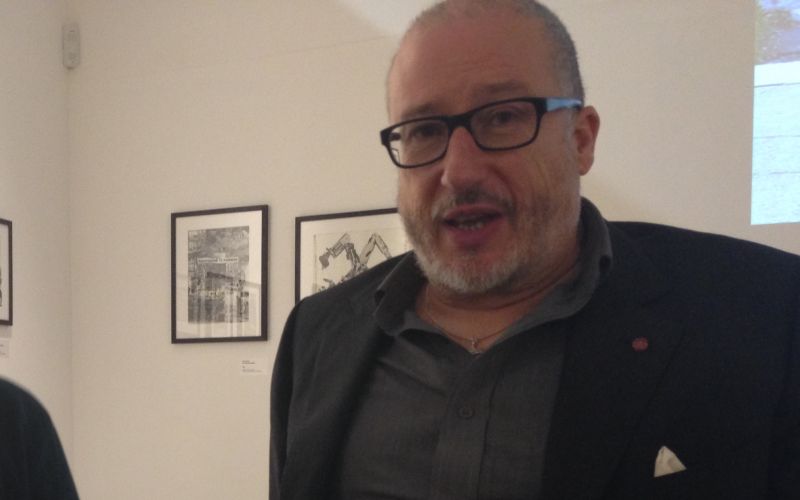 Mainstream arts organisations have “a mountain to climb” to ensure they have an acceptable proportion of disabled directors, artists and staff, according to leading disability arts figures.

They spoke out after new figures showed a new Arts Council England (ACE) programme to improve diversity in the industry had made little headway in its first year when it came to disability.

ACE released figures this week showing the progress made since it launched its Creative Case for Diversity last December.

Although there was some improvement in black and minority ethnic (BAME) representation in arts organisations, figures for Deaf and disabled people were “largely static”.

Sir Peter Bazalgette, chair of ACE, speaking at an event in Birmingham, said the survey showed there were now “slightly more staff, fractionally fewer managers, and discernibly fewer board members” who identified as disabled.

The figures show that, among its national partner organisations (NPOs) – the larger organisations funded by ACE – the proportion of the workforce who were disabled rose from 1.8 per cent to just 2.0 per cent from 2013-14 to 2014-15.

The proportion of disabled artistic staff rose from 1.4 per cent to 1.9 per cent over the year, but representation on NPO boards dropped from 3.5 per cent to 3.2 per cent, while ACE itself has no disabled board members, although more than 11 per cent of its managers are disabled.

Among the museums receiving major funding from ACE, the proportion of managers who were disabled plunged from 8.3 per cent to 4.1 per cent, while disabled artistic staff fell from 7.4 to 4.5 per cent.

He said it was “woeful” that just two per cent of the NPO workforce were disabled, particularly when the government was making desperate attempts to force more disabled people into work.

Heaton also pointed to the proportion of disabled NPO directors, at just 3.2 per cent, a fall since 2013-14, while ACE itself had no disabled board members.

He said: “The people who affect change are the people who have power. What we can see is very few disabled people who are in positions of power and influence and who can change things.”

He called for a much more collaborative working relationship between the disability arts sector and ACE, and a more “intensive level of investment”.

He compared the level of funding received by disabled-led organisations with the “substantial amount of public funds” handed to opera and orchestras, which have “a mountain to climb in terms of addressing issues around diversity”.

Heaton also called for a much more social model approach to improving the representation of disabled people in the arts, addressing the physical and attitudinal barriers they face in the sector.

But he praised the work and intentions of Sir Peter, and said: “I genuinely think Peter Bazalgette wants Arts Council England and the arts community to be much more diverse.”

Ruth Gould, artistic director of DaDaFest, who spoke at the ACE Birmingham event, said there was “a pressing need for more disabled people in influential positions”, while she was “disappointed about the lack of disabled people at board level across the sector”.

But she said: “We do appreciate the Creative Case focus and know that ACE is trying to influence change, which we really support.

“However, ultimately the most impact will be from internal transformation and ACE and its funded organisations need to embed this change to truly learn to reflect the wider public within their governance, leadership and workforce.

“Disabled people on average represent over 20 per cent of the population and the current representation is nowhere near where it should be, so we have a long way to go to truly demonstrate inclusion.”

Dr Ju Gosling, artistic director of the disability arts, culture and human rights organisation Together! 2012, said it was “clear that disabled people have very little influence still at a senior level in the arts”.

And she said the overall figures “disguise the fact that attitudes to disabled people vary wildly between sectors, with significant progress having been made in the live music industry, not least due to the long-term efforts of Attitude is Everything”.

But she said that gender discrimination was “rife” in the live music industry, so she was pleased that ACE was “taking an increasingly joined-up approach to diversity”.

She also said that some “caution” was needed with figures showing an increase in accessible performances, exhibitions and screenings, as the “understanding of what makes a performance or exhibition accessible is still very limited, particularly among curators and programmers”.

Gosling said she was also concerned at the “growing tendency to prioritise white, middle-class audiences when showcasing the work of disabled and other diverse artists”.

But she said: “I do believe that the Arts Council has a genuine commitment to increasing diversity, and will watch their efforts over the next year with interest.”

They include a £2.1 million fund to develop diverse-led organisations; £2.6 million to help address the lack of diversity in arts leadership; and another £1.8 million to support the development and commissioning of new work by deaf and disabled artists, through the Unlimited programme, which was originally launched as part of the London 2012 Cultural Olympiad.