You are here: Home / Politics / Calls for Green to resign over assisted suicide support 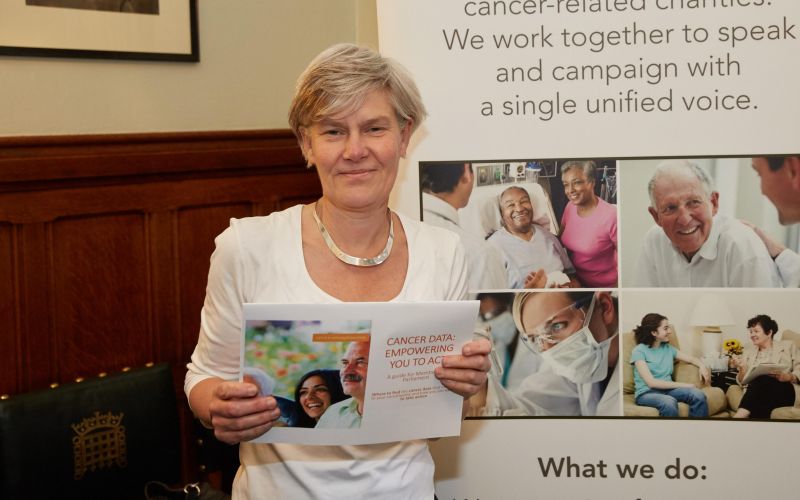 Disabled people have expressed their anger and disappointment at the decision of Labour’s shadow disability minister to back legalising assisted suicide.

Some disabled activists have called for Kate Green’s resignation, while others have not yet decided what action to take over her comments.

The latest attempt by the euthanasia lobby to persuade parliament to legalise assisted suicide will reach its next key stage on 11 September, when the assisted dying bill, proposed by Labour MP Rob Marris – and set to be supported by Green – is debated and voted on in the Commons.

Messages from the Twitter account of Not Dead Yet UK (NDY UK), the user-led network leading disabled people’s opposition to legalisation, said the news of Green’s support for legislation was “shocking” and that her position was “untenable”, although this is not the official position of NDY UK.

Catherine Garrod, an NDY UK member, said she and other members had contacted Green to ask her to resign, explaining their concerns about legalisation, but had received an identical email from the MP which failed to address any of their concerns.

“By actively supporting the assisted dying bill she is not representing the views of disabled people. Not one disabled people’s organisation in the UK supports assisted suicide.”

She pointed to last year’s survey by the disability charity Scope, which found that nearly two-thirds of disabled people (64 per cent) were concerned about moves to legalise assisted suicide.

Garrod added: “Many disabled people face prejudice, discrimination and hate crime on a daily basis and we are made to feel that we are an unaffordable burden on society.

“This combined with the cuts to welfare, disability benefits and the closure of the Independent Living Fund are making disabled people feel that their lives are not worth living.

“Calls for assisted suicide for terminally-ill and disabled people only reinforce this message.”

Baroness [Jane] Campbell, one of the founders of NDY UK, said she would be seeking a meeting with Green this week, and that the network would agree its collective position after members had discussed the issue.

She said: “It would be wrong to call for her resignation if I don’t know exactly what she’s saying.

“For me, I cannot say at this point in time whether she should resign or not. I haven’t had the opportunity myself to talk to her.”

Tara Flood, another leading disabled activist and member of NDY UK, said it was “despicable” of Green to support assisted suicide when she was shadow minister for disabled people.

She said she had already been concerned about Green’s priorities as shadow minister before she heard of her support for assisted suicide.

She said Green was clearly putting “more effort into ending our lives than supporting our right to independent living, choice and control”, such as her failure to oppose the closure of the Independent Living Fund.

She said: “You can’t possibly have those views. She will say some disabled people want [assisted suicide] but she is not interested in why that might be.”

Dennis Queen, another influential member of NDY UK, also called for the MP to resign as shadow minister.

She said it was impossible for Green to represent disabled people’s interests if she supported “further erosion of the laws which affect our equal right to life and living”.

She added: “She doesn’t believe in our equality, therefore cannot represent us.”

Sir Bert Massie, former chair of the Disability Rights Commission, another leading disabled figure who opposes legalisation – and a Labour party member – said he was “very disappointed” with Green’s position.

He said: “I suspect that people like Kate have not fully understood the arguments.

“When I see what is happening in Belgium, the way the law is spreading and the way the medical profession is largely behind it and getting the public and the press behind it, it worries me enormously. I think it is exactly what would happen here.”

He said he accepted that some disabled people were in favour of legalising assisted suicide, but the fact that not a single disabled people’s organisation backs a new law “should be a very clear sign for her”.

He said: “I wouldn’t call for her to resign. Nor would I say she should stay in post. I am very disappointed with her position.”

Tracey Lazard, chief executive of Inclusion London, said Green’s position was a distraction from the battle to defeat Marris’ bill.

She said: “We don’t think that calling for her resignation at this time will achieve what is most important to disabled people, which is to make sure Marris’ bill is defeated in the Commons.

“We cannot be complacent and there is a lot of work for us all to do over the summer to get the message out about what this bill really means and why it is so crucial to oppose it.

“We encourage everyone who can to get actively on board with the campaign being led by Not Dead Yet UK, with support from Inclusion London and DPAC.”

Liz Sayce, chief executive of Disability Rights UK, said: “I oppose changing the law on assisted suicide – indeed if we’re talking about legal change we need much stronger independent living rights, not easier routes to death when people are in dire need of support.

“Phil Friend, our ambassador and former chair, [is one of the founders of] Not Dead Yet. We will be discussing this with members and our board and raising our concerns with Kate Green.”

Simone Aspis, of consultancy Changing Perspectives, and another prominent disabled activist, called for Green to resign.

She said: “I don’t know how Kate Green could say she is a shadow minister for disabled people when she talks about a right to die when she hasn’t done anything to help disabled people live with the appropriate support they need through the Independent Living Fund.

Disabled blogger Kaliya Franklin, who tweets at @BendyGirl, said on Twitter: “I’m inclined to the view that the Shadow Minister should either abstain from assisted suicide vote or resign.”

Green said today (Friday): “I’m continuing to speak to disabled campaigners. I am aware of strong feeling on all sides of this argument.”

And she said that MPs would be allowed to vote according to their “conscience” on 11 September.