You are here: Home / Benefits and Poverty / Charities fail to tell MPs about clauses that ‘prevent them attacking McVey and DWP’ 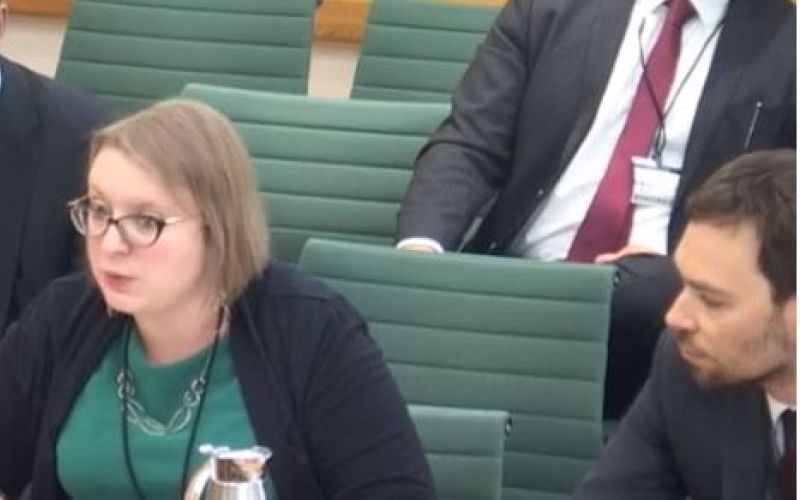 Representatives of disability charities have given evidence to MPs about the impact of government social security reforms on disabled people, without disclosing that they signed contracts preventing them from attacking work and pensions secretary Esther McVey.

Senior figures from Shaw Trust and the Disability Benefits Consortium (DBC) both answered questions from members of the Commons work and pensions select committee yesterday (Thursday) about universal credit and the government’s new Work and Health Programme.

But neither of them made any attempt to place on the public record that the contracts could be seen as preventing them criticising McVey or her Department for Work and Pensions (DWP) in the evidence session.

And the committee’s chair, Frank Field, failed to ask the two witnesses to place on the record the existence of the contractual agreements, even though Disability News Service alerted the committee to the concerns two days before the evidence session.

Charities including Shaw Trust, Leonard Cheshire and RNIB have confirmed that they have signed contracts – either with DWP or with one of the five main Work and Health Programme contractors – that include clauses that prevent them attracting adverse publicity to DWP or McVey.

Other charities linked to the Work and Health Programme, such as Action on Hearing Loss, have refused to answer questions about the clauses.

Leonard Cheshire, RNIB and Action on Hearing Loss are all DBC members.

The clause in the DWP contract signed by Shaw Trust says the charity must “pay the utmost regard to the standing and reputation” of McVey and must promise not to do anything that harms the public’s confidence in her or DWP.

And the clause warns that these promises apply whether or not the damaging actions relate to the Work and Health Programme.

Other charities, including RNIB, have signed agreements with the main contractors that say they must have “regard to the standing and reputation” of DWP, must do nothing to bring McVey and her department into disrepute in delivering those contracts, and must not “attract adverse publicity” to them.

A spokeswoman for the committee confirmed that the two witnesses had not been asked about the clauses or to place the existence of the contracts on the record.

A Shaw Trust spokeswoman said the clause “does not and has not impinged on our independence as a charity”.

But she declined to say why Hope had failed to draw the committee’s attention to the clause, and if she agreed that it could be seen as preventing Hope giving the fullest possible evidence to the committee and from criticising DWP and McVey.

Rob Holland, DBC’s co-chair and public affairs manager for Mencap (pictured, right), declined to say why he did not draw the committee’s attention to the clauses, and whether he agreed that the clauses could be seen as preventing DBC giving the fullest possible evidence to the committee and criticising DWP and McVey.

He referred instead to a previous statement given by DBC in April.

But Geoff Fimister, policy co-chair of DBC and a consultant to the Thomas Pocklington Trust, said later in a statement: “I don’t see why the contracts in question should have any effect on the DBC’s capacity to comment.

“There’s nothing in our terms of reference to require us to have regard to such things and I doubt any DBC spokesperson has any inclination to do so.

“It isn’t for the DBC to comment on member organisations’ contractual affairs, but if you want my strictly personal opinion, as a commentator on welfare rights issues, I would say that it’s highly inappropriate of the DWP to impose such conditions – which look suspiciously like an attempt to nobble legitimate criticism.

“I also think that the charities concerned run the risk of creating a conflict of interest.

“Having said that, whether this will have any practical effect is another matter and may vary between organisations.

“Certainly, I have done a lot of work with RNIB, some of it recent, and have experienced no pressure to hold back.

“I think they would say that well-evidenced criticism is unaffected. But not every organisation may take that view.”