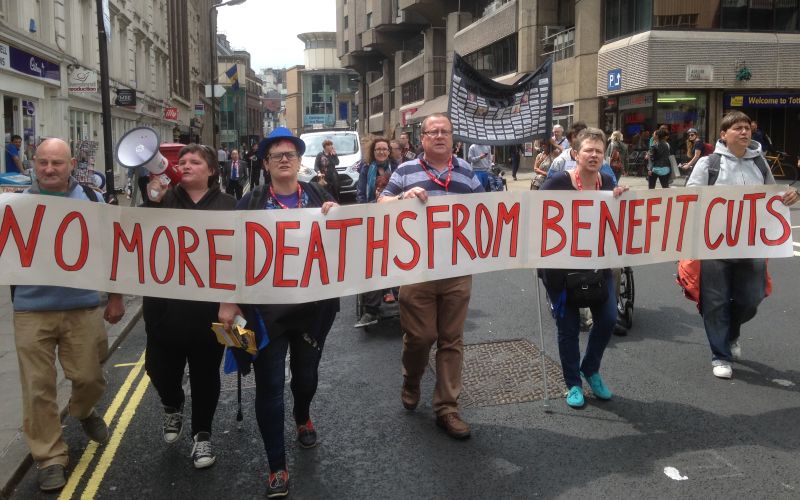 Over the last nine or so years, Disability News Service has broken scores of important stories.

Many have been about the austerity-related assault on disability benefits and other support and services.

Others have covered the continuing journey towards the realisation of – as the UN puts it – “the full and equal enjoyment of all human rights and fundamental freedoms” by all disabled people.

DNS was the first to report, in 2014, that the UK had become the first country to face a high-level inquiry by the UN’s committee on the rights of persons with disabilities into allegations of “grave or systemic violations” of the rights of disabled people.

It revealed the same year that DWP had carried out a series of secret investigations into the benefit-related deaths of disabled people, and DNS eventually secured the publication of key parts of those investigations by taking DWP to the information rights tribunal.

And an 18-month investigation provided unanswerable evidence that healthcare professionals working for the government were producing dishonest written reports when assessing claimants for their eligibility for the new personal independence payment.

It has reported on the flaws at the heart of the government’s flimsy and hypocritical Disability Confident scheme; that nearly all of Britain’s most influential disability sports organisations were run and controlled by non-disabled people; and that spending was to be slashed on the government’s programme to improve access at Britain’s rail stations.

There have also been a string of exclusive investigations that revealed the failure of the criminal justice system to recognise, punish and prevent disability hate crime.

And there was the revelation that a minister for disabled people kept an inaccessible constituency office (followed by reports confirming that work and pensions secretary Iain Duncan Smith and prime minister David Cameron were both guilty of the same hypocrisy, even as they encouraged businesses to become more Disability Confident).

But just as important as the exclusive stories DNS has broken have been its reports – many of them detailed and lengthy – from protests, conferences and parliamentary meetings.

These reports will provide a historical record of some of the most important events of the last nine years in the development of the disabled people’s movement.

Throughout this period, since DNS was launched in April 2009, most of its funding has come from subscriptions from disability organisations – most of them user-led disabled people’s organisations – for which I am incredibly grateful.

Without this support, DNS would have been forced to close years ago. But these subscriptions and other funding sources, including the occasional advert and story sold to mainstream news organisations – and, more recently, support from The Three Guineas Trust, which has been absolutely crucial – are not enough to keep it going.

For the last nine years, I have resisted asking visitors to the DNS website for money. Because so many of its stories have been about the grinding, austerity-related poverty faced by many disabled people, it did not feel right to do so. However, DNS will not be able to continue its work without a new source of funding.

My life savings have gradually trickled away over the last nine years and it is time to accept that without a significant new source of funding, DNS will not be here to celebrate its 10th anniversary. For that reason, although access to the website will always remain free, I am asking for the first time for voluntary contributions (please note that DNS is not a charity) to allow DNS to keep operating.

I hope the tens of thousands of disabled people who visit the site every month will understand why I have had to take this step.

What this means is that, as with many other media organisations, DNS will from now on be including a short request for a financial contribution at the end of every article published on its website (see below).

Please note that this is not aimed at those who are struggling financially. Please do not contribute if you cannot easily afford to do so. But if you can, your support might allow DNS to continue well into its second decade.

I would also like to put out a fresh plea to any disability-related organisations that would like to subscribe to DNS. Subscribing will allow you to access the stories hours before they are published on the DNS site every week, and to use the news stories to brief colleagues or to publish on your own websites and via social media. All such subscriptions would also help ensure the future financial sustainability of DNS.

Finally, I would like to thank all the disabled people I have worked with over the last nine years for their continued support for DNS’s work. It has been a privilege to work with so many wonderful, talented and selfless activists and campaigners.

DNS would not have achieved a fraction of what it has without you.