Disabled and older people have compared a council’s plans to cut £5 million from its adult social care budget to “social cleansing” and have accused it of “treating people no better than animals in Longleat”.

The comments were included in The Voice of those Affected, a report by Healthwatch Merton into proposed cuts by Merton council in south-west London.

The report was commissioned by the council after heavy lobbying by campaigners, and was based on comments by 72 service-users and carers during a series of focus groups.

The report was released as more than 20 campaigners – many of them disabled people – protested outside the council’s offices before a committee meeting this week at which councillors discussed the proposed cuts.

Six speakers, including Lyla Adwan-Kamara, chief executive of Merton Centre for Independent Living (MCIL), and two disabled people affected by the proposals, spoke to the council’s healthier communities and older people’s scrutiny panel about the report and the likely impact of the cuts.

Adwan-Kamara said afterwards that those speeches “brought to life what was in that report, what had been happening to them and even worse what was going to happen to them”.

Following those and other presentations and discussions, the panel rejected three proposed cuts – to care and support packages, to staffing, and to scrapping a respite service – and agreed to send them back to the council’s cabinet for “review and reconsideration”.

People who took part in the Healthwatch Merton focus groups said the cuts would damage their health, sever social connections, and affect every aspect of their lives, leaving some believing that life was no longer worth living.

Words and phrases used to describe the cuts included “disgusting”, “devastating”, “wickedness” and “survival of the fittest”.

One told a focus group: “It is like social cleansing, they are trying to get rid of the people they don’t need.”

One man in his 80s said – apparently quite seriously – that he would now have to “start practising to eat less from now on”, while another contributor said: “I will end up in my flat like a hermit, self-harming again.”

Another said: “I was placed in a care home. It feels like a prison. I pay £600 per week to live somewhere I hate and I don’t use any of the services.”

One focus group member said the council had become “less and less supportive”, and accused it of “withdrawing help and taking things back to Victorian times”, while another said: “I had to beg social services to take notice of me. What chance is there going to be for people that don’t have a voice like I did?”

The report calls for the council to commission a more detailed, independent evaluation of the impact of the cuts on disabled and older people, and concludes: “One of the key feelings voiced was a sense of betrayal and abandonment by Merton Council.

“People talked of being left behind, being left on the scrapheap, and not being treated equally.”

The report says there were people crying in nearly every one of the focus groups, and it warns that if the cuts go ahead, people will “potentially be making heat or eat type decisions as they may need to pay for their own care, or pay more for services that they need”.

After the scrutiny panel meeting, Adwan-Kamara told Disability News Service that it was the first time the council had “really listened to our members”, but that the £5 million in cuts was “still hanging over people’s heads”.

She said of the Healthwatch Merton report: “I had a fairly clear view of what people would say, because we have been hearing this through our casework.

“As a centre for independent living, we knew what the issues were, but to see those comments written down in black and white and made so explicit and clear was really emotional.”

She said the Labour group’s decision not to increase council tax was “unconscionable”.

A spokeswoman for Merton’s Labour group confirmed the scrutiny panel had asked the cabinet to look again at the three proposed cuts to adult social care, and said the budget would now be considered by the cabinet on 15 February, with a final decision taken by the full council on 2 March.

She said that the Labour group “intends to keep its promise to residents to freeze council tax” and would not take advantage of the two per cent increase option.

Cllr Stephen Alambritis, leader of the council, said in a statement: “I promised residents a four year council tax freeze and if there’s one thing you can say about me I keep my promises.

“I’m a business-man and I believe in running a business-like council, making what we do more efficient so we can continue to deliver the services people need the most.”

Cllr Mark Allison, the cabinet member for finance, added: “The government have cut council funding by more than 40 per cent but in Merton we have done our best to protect adult social care services by ensuring it gets a lower share of the cuts than other departments, and by adding a further £12 million to its budget.

“As a result we have managed to keep the amount we spend on adult social care virtually the same since 2010.” 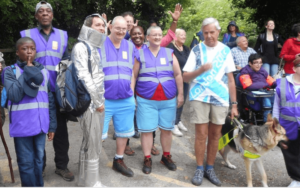 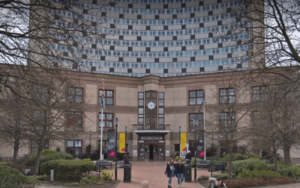