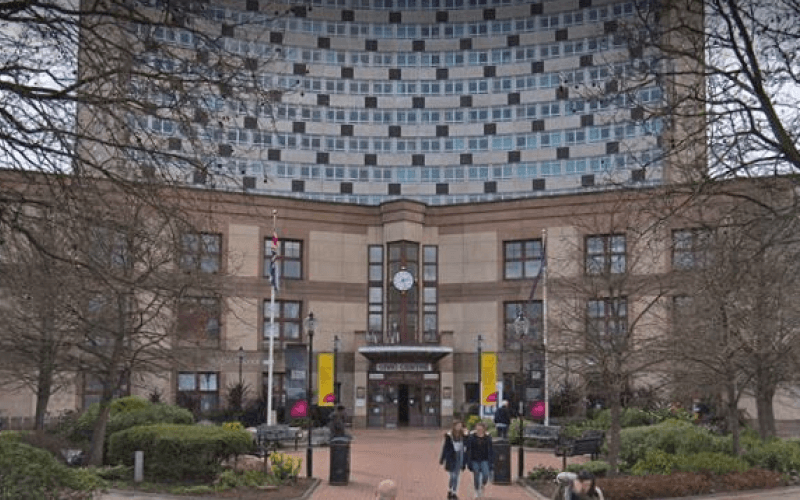 A user-led organisation says its research has uncovered a pattern of behaviour by a local authority that has undermined the ability of disabled people in the borough to access the support they need to live independently.

The report says that a growing number of people are resorting to legal action against the council to secure the support they need, in some cases leading to judicial reviews.

It warns that the council appears to be carrying out reassessments and reviews of people’s care packages with the aim of cutting their support.

And it says that some people previously supported by the Independent Living Fund (ILF), which closed in 2015, were seeing their support cut, with most seeing their care charges increase this year.

One service-user told MCIL: “When they stopped the ILF, everything became difficult.”

Another former ILF-recipient said: “My life has changed, I have to worry from day to day. It certainly impacts on my health. I spend hours indoors where I don’t want to be indoors.”

The report also says it has seen examples of the council refusing to carry out assessments of people’s care needs.

It says: “Our overall conclusion is that there is a pattern to the challenges people are experiencing and these are not one-off incidences.

“Moreover, the impact on individuals is significant, and must be addressed.”

It says there is “a growing feeling among service users that when re-assessments and reviews take place, they are focused on cutting people’s support packages and do not give full consideration to changes to their circumstances”.

One service-user said: “It feels like a personal attack. There was no explanation why. I was told by the assessor on the phone she didn’t understand why, she said: ‘I have to cut it.’”

Another said: “Now I have to pay extra if I wake up my carer to take me to the toilet in the night.

“If I am going out in the evening and having a drink, I have to decide if I should pay more money to get up in the night or if I should wear a [incontinence] pad instead.”

Some service-users even believe they have been targeted for cuts to their support because they have spoken out about their concerns.

The report also warns that the council could be leaving some disabled people at risk of abuse and neglect.

In the first six months of this year, MCIL submitted as many safeguarding alerts to the council (eight) as it did in the whole of last year (2017-18), which itself was a sharp increase on the five it made in 2016-17.

The report says: “A particular feature of the alerts made so far this year is that they are on people who are experiencing issues following a reduction in care, or they are people on whom a previous alert was made and not resolved.”

It says that this is “unprecedented since the organisation first started running advice and advocacy services in 2013”.

The MCIL report, Choice, Control and Independent Living: Putting the Care Act into Practice, raises concerns about the council’s assessment process, its policy on care charges, and its approach to direct payments and safeguarding.

It is based on a detailed review of 45 cases in which Merton CIL has supported disabled people to access services in the borough, as well as eight in-depth interviews, and conversations with union staff and former social workers, as well as meetings, focus groups and evidence from other local organisations.

It says that care charges are having a “major impact” on the lives of service-users in the borough, while the council’s policies on direct payments, including its focus on the use of pre-payment cards, are “limiting choice and control”.

Merton CIL says it decided to write the report after repeatedly attempting to bring the issues to the attention of council officers and councillors.

The report warns: “Social care is one of the front-line prevention services of the welfare state.

“When people do not get this practical assistance, it can lead to death, health crisis, hospital admission, institutionalisation, fractured families and police action – all of which is more expensive and less effective than early support to stay strong and independent.”

The report estimates – from NHS figures – that 1,300 users of social care in Merton do not feel they have control over their lives and the services that support them.

The council’s own survey of residents last year found that 28 per cent of disabled people were dissatisfied with “the way the council runs things”, more than double the 13 per cent rate for non-disabled people, although the council failed to ask any questions in the survey about social care.

Among its recommendations, the report calls on the council to work towards scrapping all care charges – as another London council, Hammersmith and Fulham, has done – and to carry out research to provide a stronger evidence base on adult social care services in the borough.

It also calls on the council to monitor care assessments to ensure they comply with the Care Act; to “be clearer that pre-payment cards and bank accounts are both acceptable options for managing direct payments”; and to review and improve its safeguarding policies.

MCIL is due to host a panel discussion on its report next Thursday (25 October) at its agm.

A Merton council spokeswoman said: “As a council we provide grant funding to Merton Centre for Independent Living (Merton CIL) to provide advice and advocacy services to disabled people.

“We were unaware that this report was going to be published and we were not consulted on the report prior to publication.

“It is therefore too early to comment on the contents of the report except to say that it is based on a small number of social care users and cannot therefore be a representative or balanced view of social care provision in Merton as a whole.”