You are here: Home / Independent Living / CQC admits one in five social care services have not been inspected in two years 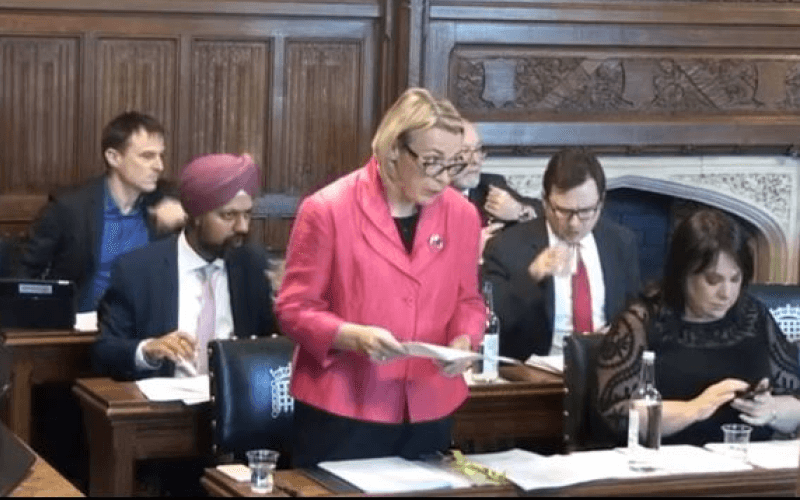 Nearly 5,000 adult social care services – nearly one in five – have not had an inspection by the care regulator in the last two years, figures released under the Freedom of Information Act (FoIA) have revealed.

The Care Quality Commission (CQC) figures have raised fresh doubts as to whether the regulator is fit for purpose, while Labour’s shadow social care minister has said they are “highly concerning”.

The figures were released to Disability News Service days after the latest revelations concerning a care home run by the National Autistic Society, where autistic people were taunted, abused and ill-treated by staff.

Mendip House, in Somerset, had itself not been inspected by CQC for more than two years when whistleblowers came forward and exposed the abusive regime in 2016 (see separate story).

The new FoIA figures show that 4,859 adult social care services have not been inspected by CQC in more than two years, out of 25,590 services in total (19 per cent).

But the figures also reveal other concerns about the commission and its work.

A CQC spokesperson said that some of this was due to a new method of regulation, adopted in 2014, which was based on “ratings and risk”.

She claimed the commission was now “even better at identifying risk, meaning that we can prioritise our activity to where the need is greatest”.

The FoIA response showed the number of CQC’s “full-time equivalent” adult social care inspectors fell from 881 in December 2015 to 812 in December 2018.

Statistics provided by the regulator to its latest public board meeting (PDF) in February raise further concerns.

They show that only three-fifths of planned inspections of adult social care services that had been branded “inadequate” or “requiring improvement” were carried out on time.

Barbara Keeley (pictured), Labour’s shadow minister for social care, said: “It is highly concerning that nearly one in five social care establishments have not been inspected for over two years.

“We saw in the recent Mendip House case how quickly a care home can deteriorate – often in a matter of months.

“We cannot allow providers to provide poor quality care due to a lack of oversight: that is why Labour’s plans for ethical commissioning would require local authorities and the CQC to better monitor care providers.”

CQC said that its decision to inspect services seen as good or outstanding only every 30 months helped explain a “significant” number of re-scheduled inspections, and many of the services that had not been inspected in more than two years.

By February 2017, it said, it had finished inspecting all adult social care services registered with CQC in October 2014 and had then moved to the next phase of its new ratings- and risk-based model of regulation, with “increased focus on using information and intelligence to form a better picture of what is happening in the delivery of people’s care to assess and prioritise risk”.

It also said it had introduced new roles to “complement the inspection workforce”, such as assistant inspectors.

CQC has so far failed to say if it believes the figures show it is a failing organisation; whether it needs an injection of funding; and whether it is putting the safety of disabled and older people at risk and is therefore likely to be exposing them to serious breaches of their human rights.

It has also failed to say whether the Mendip House abuse scandal showed that its risk-based system was putting the safety of disabled people at risk, and that it therefore needed to introduce annual, unannounced inspections of all adult social care services.

But it did say: “CQC has a healthy budget, a strong and hardworking workforce and we continually review all of the resources at our disposal in order to be as efficient as possible in ensuring care providers are living up to their legal responsibilities.”

“We are now even better at identifying risk, meaning that we can prioritise our activity to where the need is greatest.

“We know from our latest State of Care report that most people are getting good care; over four-fifths of adult social care services are rated as good or outstanding, a testimony to the hard work of thousands of frontline staff.

“In 2018 we moved the frequency of inspections for good and outstanding services to 30 months.

“However, if during this time we get any information of concern we will prioritise our activity to ensure that we are protecting people from risk.

“We are now taking more enforcement action than ever before because we are using the information and analysis at our disposal more effectively in order to target our inspection activities to those services where there is the greatest risk to the quality and safety of people’s care.

“Since April 2017 to January 2019 we’ve taken around 2,000 enforcement actions against all adult social care providers and we will continue to take action wherever necessary to make sure that all people are getting the good, quality care they need.”