You are here: Home / Crime / ‘Cruel and inept’ police locked up autistic man after he was attacked in hate crime 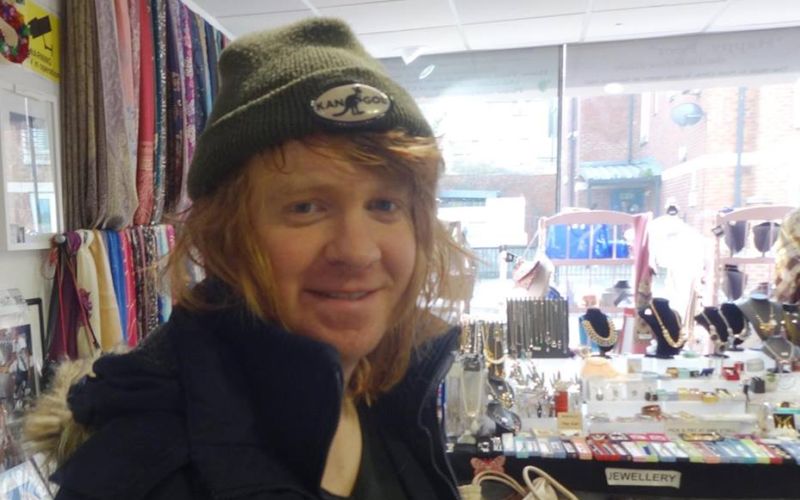 A young autistic man was arrested and held in a police cell for nine hours without medical treatment after he was the victim of a vicious disability hate crime in a local park.

Daniel Smith (pictured) was only finally able to clear his name last week after a six-month ordeal which saw him dragged through the criminal justice system.

His family have now launched complaints against both Northamptonshire police and the Crown Prosecution Service (CPS).

Smith was enjoying a weekend visit to his family in Rushden, Northamptonshire, from his assisted living placement in Devon when he was set upon by a stranger and punched in the face and body.

The attack last October appears to have been the result of some innocent remarks he made to a couple of teenage girls, one of whom had been taking pictures of him.

One of the teenagers called her father, who arrived at the park because he wanted, he admitted to police later, to “sort him out for being weird” after being told – wrongly – that Smith was taking pictures of children in the park.

Smith, who is 26, was left blooded and bruised and as he was making his way to report the assault to police, he was picked up by officers and arrested just yards from the station.

He twice told Northamptonshire police that he was autistic, once when he was arrested and later after he had been placed in custody, but his family say it was “completely ignored” by officers.

He apparently spent nine hours in a police cell, without medical treatment for his injuries, even though he told officers he had just been defending himself against “the bullies”, while they made no attempt to contact his family to tell them where he was.

They also ignored the photographs he had taken of the two local men who were responsible for the attack, and failed to notice that there were no photographs of children on his phone, say his family.

The case has disturbing echoes of the case of Bijan Ebrahimi, a disabled man from Bristol, who was murdered in 2013, again following claims that he had been taking photographs of local children.

When Ebrahimi asked the police for help to protect him from the man who went on to murder him, he was himself arrested.

There are many notorious cases in which disabled people have been wrongly labelled as paedophiles, before being subjected to vicious beatings and sometimes even killed.

Smith was charged with two counts of assault by beating, but was only cleared by Corby magistrates of the offences last week, after they accepted that he had been acting in self-defence.

His family have lodged a complaint, which is now – following the end of the court case – being examined by the professional standards department of Northamptonshire police.

CPS is also investigating a complaint from the family.

He said his son had required help from his family every day since the attack, and had experienced “meltdowns, illnesses, screaming and vomiting”.

He said: “Our main concern is that this was either missed by multiple officers through incompetence or laziness, or it was simply ignored because they didn’t like the look of my disabled son, judging him on face value.”

He added: “I despise our system for punishing my son this way. He’s suffered brutal psychological punishment from the police for doing absolutely nothing wrong.”

Stephen Brookes, a coordinator of the Disability Hate Crime Network, said: “While we haven’t got the full detailed report of the case, the fact is that once again a police force has shown itself to have fallen well short of acceptable standards in dealing with disabled people.

“The fact that a few police officers appear to have ignored Smith telling them he was autistic is nothing less than scandalous particularly when we have seen far too many cases in which disabled people have been unjustly accused of being the criminal before being subjected to vicious beatings.

“In this case, his being inappropriately held in cells without family contact needs full investigation.

“We are also equally concerned at the fact that the CPS, who are generally doing a lot of good work in setting better standards for dealing with disabled people in the criminal justice system, seem to have completely failed to ask the right questions.”

He said CPS also appeared to have failed to realise that Smith had himself been the victim of a disability hate crime, and added: “We will be taking this element of the case up with our contacts at a high level within the CPS to find out exactly what went wrong.”

A spokeswoman for Northamptonshire police said: “We can confirm that a complaint has been received by the professional standards department.

“This is now a live investigation, and as such it would be inappropriate to discuss further details about the case at this stage.”

A CPS spokeswoman confirmed the complaint had been made, and said: “The CPS carefully reviewed this case and decided there was sufficient evidence to bring the case to court, to allow a court to determine whether an assault took place and whether the defendant was culpable.

“It is not for the CPS to determine the guilt or innocence of a suspect, but to bring cases to court which meet the code for crown prosecutors.

“All cases are kept under constant review as they progress through the criminal justice system.”

In February, two other members of police staff, police constable Kevin Duffy and community support officer Andrew Passmore, were jailed – and sacked – after being convicted of misconduct in public office.

Now the force’s misconduct hearings have ended, IPCC will publish two reports, one covering the events that took place in the weekend leading up to Ebrahimi’s murder in July 2013, and another examining “dozens” of contacts he had with the force over the preceding six years.

IPCC said it intended to publish the reports “in the near future”.

Labour conference: Burnham calls on his party to back free social care