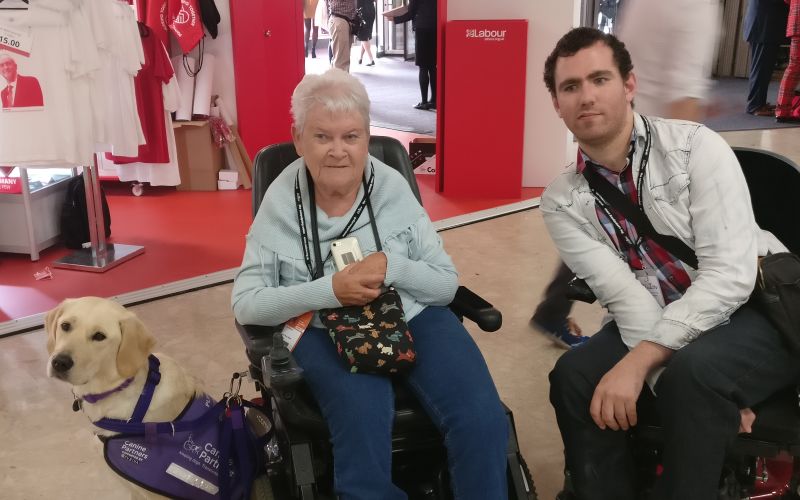 Labour is facing concerted pressure to put an end to years of “blatant discrimination” against its own disabled party members, while also facing complaints about “inexcusable” access failings at this week’s annual conference in Brighton.

Members of one disabled members’ campaign – Party Participation and Disabled People (PPDP) – handed out leaflets at the conference, calling on Labour to address its continuing failure to comply with its duties under the Equality Act.

Other disabled members had been planning a separate protest about access at the conference but were persuaded by party figures to cancel the action.

And many other disabled activists have spoken out this week about the problems they have faced, both with access at the conference and in the wider party.

The PPDP campaign has more than 160 members across the party who are frustrated at Labour’s failure to act on what they say is widespread discrimination.

Sophie Talbot, Fran Springfield and Rona Topaz said in a joint statement issued to Disability News Service that the party had had 22 years to implement disability equality legislation.

They said: “Not only does the party continue to blatantly discriminate against us (every party structure with at least 25 members must make meetings, events and campaigning activities accessible, whether or not they know of disabled participants), but it has refused to act on the law.

“This year’s conference has shocked people with its inexcusable inaccessibility. Yet this happens at every ward, every CLP [constituency Labour party] all the time.

“And when disabled members challenge their ward or CLP they are given the brush off.

“We call ourselves the party of equality yet we are in the dark ages when it comes to equality for disabled people within this party.”

They added: “This can’t continue. It sickens us to the stomach. That’s why we did our leaflet drop, and we’ll continue to campaign on this until the party starts ensuring all sections of the party are compliant with the Equality Act.”

Their concerns about access at the conference were shared by another disabled party activist, Alex Hovden (pictured, right), who was attending his first party conference.

His concerns included the inaccessibility of conference procedures, disabled delegates being ignored when they wanted to speak during debates, delays in producing accessible versions of conference papers, and the lack of a disabled person on the party’s National Executive Committee and on the committee responsible for conference arrangements.

He said: “What I would like to see is Jeremy Corbyn get in a wheelchair and try to access conference for a day or so, then he could understand the problems you will face as a wheelchair-user.”

He also raised concerns about the shortage of accessible accommodation in Brighton and access problems across the city, including cobble stones and uneven pavements.

Anne Pridmore (pictured, left), another disabled party activist, said access at the conference had been “a complete disaster”.

She faced huge problems with her personal assistant’s accreditation, despite following the party’s advance instructions to the letter, while there was only one toilet accessible to her at the conference centre, and every time she wanted to use it she had to collect a key from a stand run by a local disabled people’s organisation.

Pridmore said she had “never been so embarrassed in all my life” as she was by the access problems she encountered at a fringe meeting, which was supposedly wheelchair-accessible, as clueless organisers tried to find somewhere for her to place her chair.

And she said a step near one of the entrances to the main conference venue had only been removed halfway through the conference.

She said: “Until they include us in their conference arrangements then nothing is going to change, I am afraid.”

Louise Reecejones, general secretary of Disability Labour – which represents the interests of disabled party members – and a Labour member of Wirral council, told a Disability Labour fringe meeting that disabled people with hidden impairments were “invisible” in the party.

She said she had faced huge access problems because of her profound deafness, both in council meetings and Labour group meetings.

She told the fringe meeting that she had not been able to follow what was happening at the annual general meeting of her local party last week, and added: “I felt quite isolated in my own party.”

Reecejones said it had taken her seven years to persuade the party to show British Sign Language interpreters on the big screens in the main hall of the annual conference.

She said: “I just think they do not understand the pressures and struggles you go through on a daily basis and how isolating it can be in our party to have a disability and try to fight our own party to make access arrangements.

“We are not going to change everybody. There will be CLPs who really do not want to change.”

Emily Brothers, a disabled former parliamentary candidate and a member of the Disability Labour executive, said: “There needs to be a shift in the mindset of many members of the Labour party.

“When we talk about inclusion we are not just talking about the world out there… it includes what we do as members of the Labour party in being a kinder, gentler, more inclusive, more supportive party.”

Kirsten Hearn, a disabled member of Haringey council, said: “I have felt quite lonely, arguing the toss for disabled people on the executive committee at my local CLP.

“I have felt isolated and alone and really intimidated.”

She suggested that disabled party members should find the other disabled people in their constituency and help them connect with each other; make connections with local disabled people’s organisations; and create a strategy for members and leaders in the local party “to take on board inclusion for disabled people”.

She said there needed to be a “toolkit” that would help disabled people “start that revolution” in their local constituency.

She said she had faced discrimination and exclusion and “had to fight so hard to get through the door.

“I spent my time moaning about not being let in. It’s time for disabled people to kick down the door.”

Miriam Mirwitch, the disabled members’ officer for Young Labour, and chair of London Young Labour, said disabled people were under-represented at every level of the party.

She said she had been pushing over the last year to make the party more accessible to disabled members, and called for there to be an access point of contact for every event organised by the party.

She said: “It’s really vital that disabled members are able to participate in our democracy.”

One disabled party member said she had been forced to miss five meetings at this week’s conference because she was not able to enter the venues in her scooter.

She said: “We have to take it back to the NEC [Labour’s governing body, the National Executive Committee] because it’s not acceptable.”

Dave Allan, chair of Disability Labour, said: “Many of us will have realised that this week’s conference is not as accessible as it could have been.”

He said Disability Labour had already “made representations” to the party’s general secretary and “will be making even stronger ones”.

But he said one of the problems was with the inaccessibility of Brighton, with a lack of dropped kerbs and narrow doorways at fringe venues, and he said the party should be told not to return to the city for its annual conference “until Brighton is accessible to disabled people”.

But he said he accepted the problems had been magnified by the huge turnout at this week’s conference.

The Labour party had failed to comment by noon today (Thursday). 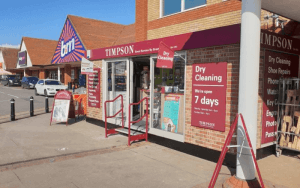