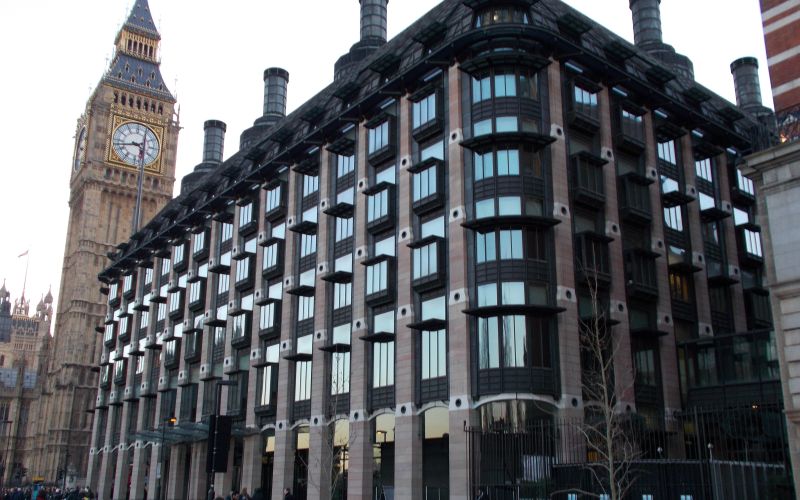 Disabled people are facing “institutional disablism” at the hands of both public and private sector employers, according to a new parliamentary report that examines how the government can meet its pledge to halve the disability employment gap.

The report by the all-party parliamentary group on disability (APPGD) – which has cross-party support – concludes that it will take almost 50 years for the government to achieve its pledge at its current rate of progress.

It suggests that the government will only be able to halve the gap by taking a far tougher stance on dealing with employers that discriminate against disabled staff and would-be employees.

The report, Ahead Of The Arc – which is supported by MPs and peers from seven political parties – calls on the government to drop its opposition to regulatory action that would force employers to take action.

It says: “It is time to consider abandoning a voluntary-only approach towards requiring employers to measure and to increase disability employment.”

Evidence suggests that the failure of public and private employers to provide appropriate support to disabled people in the workplace and to offer fair access to start-up funds, business advice and business networks amounts to “institutional disablism”, the report says.

Professor Victoria Wass, of Cardiff Business School, one of the report’s authors, said there were “parallels” between the institutional disablism facing disabled people and the conclusions of the Macpherson report in 1999, which concluded that the Metropolitan police and other police forces were institutionally racist.

The APPGD report suggests that employers found to have discriminated against disabled people should face lesser penalties if they have “substantive” equality policies in place.

And it says the government needs “a tighter legal framework” to ensure that disabled employees are no longer “managed out of the workplace” by their employers, something that is happening to an estimated 35,000 to 48,000 disabled people every year.

At current rates of progress, the report warns, the disability employment gap will not be halved until 2065.

It says the “size and endurance of the employment gap reflects multiple and repeated failures of public and private sector organisations to address discrimination and disadvantage against disabled people”.

The government needs to pay less attention to cutting the social security bill and more to ensuring disabled people have access to the labour market, the report says.

It calls instead for the government to take a “new, innovative and multi-dimensional approach combining incentives, persuasion, funding and legislation”.

The report says the government must ensure that public sector contracts are only awarded to organisations with a good track record on employing disabled people.

It says the £242 billion the government spends on buying goods and services every year is “largely a missed opportunity to use that influence and help redress disability-related employment disadvantage”.

This could mean that “inclusive recruitment and retention policies are standard clauses in public sector contracts”, with targets monitored by the organisations commissioning those contracts.

The report adds: “Organisations must learn to collect, record and analyse the disability status of their users, employees or applicants as a routine procedure.”

It also calls on the government to provide a new right to return to work for newly-disabled workers within a year of acquiring a “major disability or long-term health condition”.

But just hours after the report was published, there were signs that the minister for disabled people, Penny Mordaunt, had already dismissed the months of work invested in the report by disabled people, user-led organisations, academics, charities, MPs and peers.

When asked for a response to Ahead Of The Arc, a Department for Work and Pensions spokeswoman refused to comment on its contents, instead emailing a statement from the minister that made no reference to the report.

And she said Mordaunt had already ignored an earlier request she made in parliament for a meeting to discuss the report.

Cameron told a parliamentary meeting held to launch Ahead Of The Arc that current government policy “quite simply will not halve the gap”.

There were also doubts raised about the government’s much-criticised Disability Confident scheme, which is supposed to encourage employers to do more to retain and recruit disabled people.

Johnny Mercer, the Tory vice-chair of the APPGD, said many employers were “very quick to put Disability Confident on their company logos” but “unless it means something it becomes sort of worthless”.

He said there was a need for “drastic measures” to halve the disability employment gap, but insisted that the issue was one of prime minister Theresa May’s “key areas” and was “part of her agenda”.

Philip Connolly, policy manager of Disability Rights UK – which provides the secretariat for the APPGD – and another of the report’s authors, said it provided an “aspirational agenda” which “takes the government at its word that it wants to cut the disability employment gap by half”.

But he said the government’s work, health and disability green paper was flawed because of its failure to suggest any measures aimed at the Department for Business, Energy and Industrial Strategy, and because it contained “almost nothing about future industrial strategy”.

He said their investigations had “found deficiencies in all forms of government support” as well as institutional disablism.

Connolly said: “We cannot be cutting people’s benefits if we are not offering them the opportunity to get employment.”

The disabled crossbench peer Lord [Colin] Low said the report was “a valuable contribution to halving the disability employment gap”.

He said: “Economic growth alone will not deliver the government’s manifesto commitment to having the disability employment gap.”

He said that using public sector procurement was “an extraordinarily powerful lever” to get disabled people into work.

But he warned that the government’s plans to cut payments to new claimants of employment and support allowance (ESA) placed in the work-related activity group by £30-a-week from April would be “counter-productive” to the government’s target of halving the gap.

He said: “It’s really disabling people’s ability to apply for jobs and get into the workforce.”

Labour MP Neil Coyle, secretary of the APPGD, cast doubt on Mordaunt’s suggestion last week that she would be able to cut disabled people’s costs by £120 per month to compensate for the ESA cut.

He said: “I don’t believe that is possible. People in this room will… make their own judgement on that.”

Tory MP Heidi Allen, a key backbench critic of the ESA cut, said: “I do happen to believe that she means it. Whether she can deliver it practically is another debate.

“It’s an incredibly ambitious target. Let’s give her the chance, but if it’s not there, remind her.”