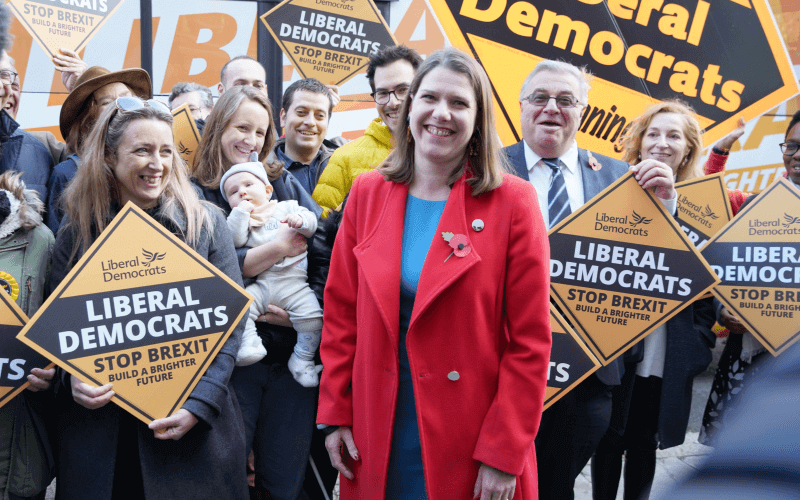 The Liberal Democrats have failed to offer a detailed policy on how they would reform care and support for working-age disabled people if they win the election, although they have pledged to reopen the Independent Living Fund (ILF).

The manifesto failure comes following criticism from within the party at September’s annual conference at its failure to address the working-age social care crisis.

Baroness Holly, the party’s health spokesperson in the Lords, admitted to Disability News Service at the conference that the issue had probably been “overlooked rather than ignored”.

Two months on, the party has failed to put this right in its general election manifesto.

In contrast with the Greens, who the previous day had promised a free National Independent Living Support Service for England, and a legal right to independent living (see separate story), the only free social care pledge offered by the Liberal Democrats was to “move towards” offering free social care in the last months of a person’s life.

The manifesto also offers a cap on an individual’s contribution to their lifetime care costs, as recommended by the Dilnot commission on the funding of long-term care, a measure included in the 2014 Care Act but never implemented by successive Tory-led governments.

There is also a brief reference to reinstating ILF in England – as previously agreed at its party conference – but no explanation as to how this would fit into its overall plans. ILF was closed by the Tory government in June 2015.

Elsewhere in the manifesto, which was published several days after the party’s equalities manifesto (see separate story), there is a focus on reforms to the social security system.

The party pledges to reduce the time new claimants wait for their first universal credit payment from five weeks to five days, and to increase spending by £6 billion a year on the benefits system.

It promises to increase the local housing allowance in line with an area’s average rents, abolish the bedroom tax, and scrap the sanctions system – “which does not encourage people into work, penalises people with mental health issues and deters people from claiming support” – and replace it with an incentive-based scheme.

A Liberal Democrat government would also reinstate the extra payments for new claimants of employment and support allowance placed in the work-related activity group, a move that was fiercely criticised when the payments were cut by the government in April 2017.

The party says it would also scrap the much-criticised work capability assessment and replace it with a new system “run by local authorities and based on real-world tests”.

Elsewhere in the manifesto, there is a strong emphasis on mental health, although with most of these policies focused on health services and “mental well-being” rather than rights.

It also pledges to introduce all of the recommendations made in last year’s Wessely review of the Mental Health Act, which was heavily criticised by user-led organisations for falling “significantly short of giving people with mental health diagnoses full human rights”, as set out in the UN Convention on the Rights of Persons with Disabilities.

But the party does promise that it would close “urgently” all assessment and treatment units for people with learning difficulties and autistic people.