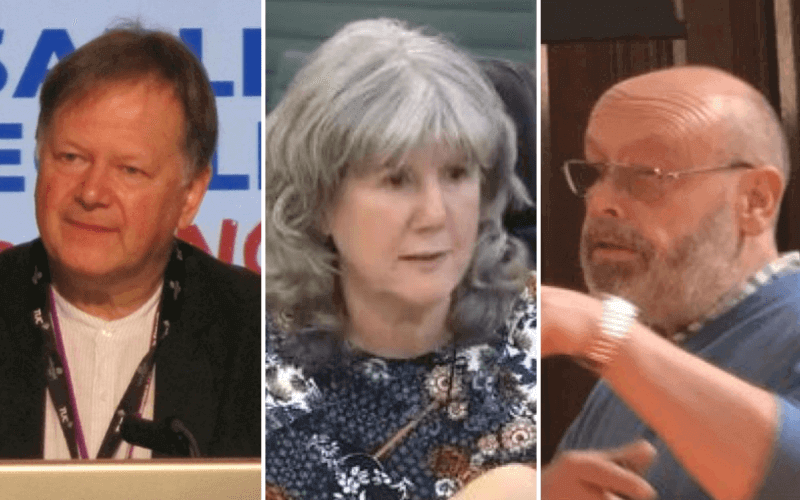 Disabled campaigners who have fought for years to challenge the disability hate crime failings of the criminal justice system have welcomed reforms suggested by the Law Commission, despite frustration at the slow pace of change.

The reforms suggested in a new consultation paper by the statutory, independent body include changes that would meet long-awaited demands for stand-alone “aggravated offences” covering disability hate crime in England and Wales.

This would mean that, for the first time, an offender could be charged with an offence – such as assault, harassment or criminal damage – that was aggravated by hostility towards a disabled person.

At present, aggravated offences currently only apply to racial and religious hostility, and a disability hate crime can only be addressed by a court during sentencing, where the sentence can be increased if the offence was motivated by disability-related hostility.

Disabled campaigners on disability hate crime have been calling for more than a decade for such a change.

But there was only muted welcome yesterday (Wednesday) for the suggested changes, partly because there will now be another consultation and then the government will need to approve any changes recommended by the Law Commission, before any new legislation is introduced.

Disability News Service has been reporting on calls for aggravated offences to be extended to disability-related hostility for nearly eight years, since an earlier Law Commission review of hate crime law launched in December 2012.

She said: “I do get frustrated, but I also see some slow progress. Meanwhile, disabled people still experience injustice.

“We all know what needs doing. If we had been truly heard, a change in the law would have been made a decade ago.”

The Law Commission is also consulting on other changes, including extending the existing offences of stirring up hatred – which currently only apply to race, religion and sexual orientation – to disability and transgender status.

It also suggests making such offences less difficult to prosecute in cases where the defendant clearly intended to stir up hatred, and providing greater protection for freedom of expression if such an intention cannot be proved.

These changes – and the aggravated offences – would also be extended to any new protected characteristics added to hate crime law, which could include crimes based on hostility towards women.

The consultation document also suggests the appointment of a new hate crime commissioner to “drive forward best practice in preventing hate crime and supporting its victims”.

There is also the possibility that the definition of disability in hate crime legislation could be extended to cover cases where there is a mistaken presumption that a person is not disabled.

This would allow hate crime law to cover abuse and violence experienced by disabled people with invisible impairments who are, for example, challenged over their use of an accessible service, such as an accessible toilet.

But the Law Commission said it was not recommending another change, which would allow prosecutors to argue that someone was a victim of disability hate crime because they had been “targeted” as a disabled person, rather than having to prove there was disability-related hostility involved.

The commission said it considered this would be too wide a definition and “may capture conduct where there is no evidence that the defendant harbours any animosity” towards disabled people.

Instead, it asks whether there should be a test that asks if the offence was “motivated by hostility or prejudice” towards disabled people.

David Wilkin (pictured, right), a DHCN coordinator and author of a book on disability hate crime on public transport, said he was concerned that this “hostility or prejudice” definition could exclude offences motivated by resentment or greed, including cases of so-called “cuckooing”, which involves exploitation of people in vulnerable situations.

He said he supported the creation of a hate crime commissioner, if the role had the authority to “oversee the complete victim journey, from the initial report, the police and Crown Prosecution Service actions, through to the court”.

Wilkin also said that any reforms to disability hate crime would need to be accompanied by cultural change within the criminal justice system.

The deadline to respond to the consultation is 24 December.