You are here: Home / Politics / Government ‘must act’ on omission of disabled people from Covid inquiry terms of reference 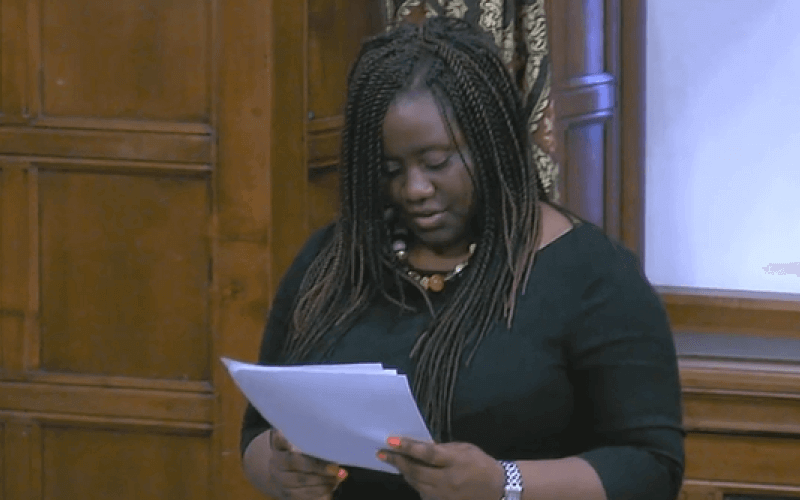 The government’s failure to include a “specific reference” to disabled people in the draft terms of reference for the public inquiry into the Covid pandemic is a “grave omission” and must be corrected, a disabled MP has told the House of Commons.

Labour’s Marsha de Cordova, a former shadow minister for disabled people, warned that disabled people would not be able to have confidence that the Covid public inquiry would enable lessons to be learned without such an “explicit reference”.

She called on the government to ensure that disabled people would never again be “hammered, disadvantaged and dehumanised” as they had been during the pandemic.

The Battersea MP (pictured) said it was crucial that the inquiry investigated why six in 10 Covid-related deaths were of disabled people.

And she questioned why the government had not done enough to identify which groups were at greater risk during the pandemic.

She said that the government’s failure to include disabled people in policy- and decision-making “meant that decisions were made that led to devastating consequences”.

She said she believed that disabled people had to be “at the heart” of the inquiry so that it could “tackle some of the deep-rooted inequalities once and for all”, and that the decision to delay public hearings until next year was “a huge blow to everyone, including the bereaved families who need justice and answers”.

De Cordova, who secured last week’s Westminster Hall debate on the inquiry, said that disabled people and their families had “suffered the worst form of hardship and loss” during the pandemic and had been “an afterthought” across areas such as employment, education and accessing food deliveries.

The “vast majority” of disabled people had been left without support during the pandemic, she said.

She also highlighted how the government had mostly ignored her pleas during the crisis for it to carry out and publish equality impact assessments of its policies.

She told MPs: “The inquiry must investigate the lack of impact assessments produced and gain a fuller understanding of what data and evidence was used when introducing policies.

“Government actions and decisions could have prevented the many devastating consequences that disabled people faced.”

De Cordova said that the inquiry’s final terms of reference should make “specific reference” to disabled people because they had been “impacted the worst and the most”.

And she called on the prime minister to set up a panel of experts by experience, including disabled people and others affected by the pandemic, to support the inquiry’s chair, Baroness [Heather] Hallett.

She also called on the government to explain why it had omitted any mention of the Human Rights Act from the draft terms of reference.

She said a public consultation on the draft terms of reference ended on 7 April and had heard from disabled people and more than 150 bereaved families, with more than 20,000 individuals and organisations responding.

She told MPs: “I have no doubt that the views expressed here today on refinements to the terms of reference will also have been made through that process.”

She said that Baroness Hallett will make recommendations on the final terms of reference to the prime minister next month, before he finalises them.

And she said that Baroness Hallett had pledged to begin her investigations once the terms of reference were finalised, and that she intended to gather evidence throughout the year, with public hearings beginning in 2023.