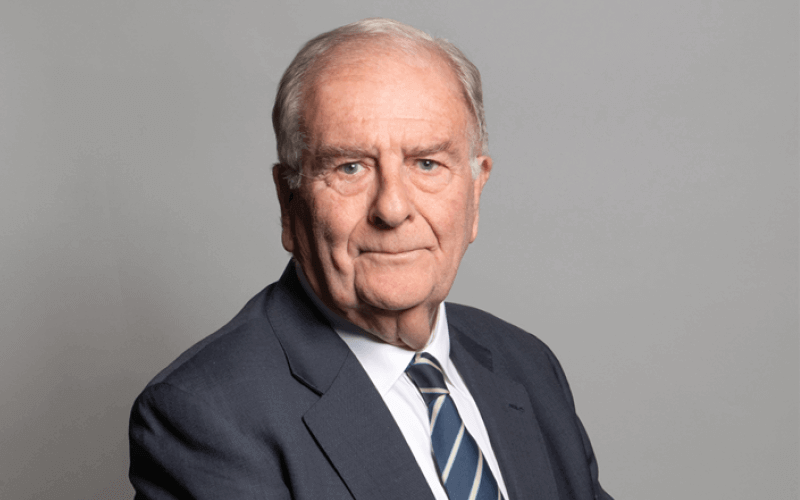 The government is risking lives and discriminating against MPs with health conditions by refusing to allow them to perform vital parliamentary duties online, according to a Conservative MP who has been shielding from coronavirus for months.

Sir Roger Gale, who has a long-term health condition, told Disability News Service (DNS) this week that he was appalled at his own government’s refusal to ensure that MPs who were shielding, or self-isolating, could play a full part in parliament’s work during the pandemic.

Since early June, virtual participation in the Commons chamber for shielding MPs has been limited to asking oral and urgent questions and responding to ministerial statements, and they have been unable to take part in debates on motions and legislation.

Sir Roger (pictured), who is 77, will soon be able to take part in debates himself, following a U-turn this week by the leader of the Commons Jacob Rees-Mogg that should allow those seen as clinically extremely vulnerable (CEV) to the virus to take part virtually in debates, although his plans have not yet been approved by MPs.

But Sir Roger told DNS this would only help those seen as CEV, and not the many other MPs who are being forced to shield at home because they have relatives who are vulnerable to the virus, or who because of their age or health conditions are more at risk but are not seen as CEV.

And not allowing a full “hybrid parliament”, which would allow as many MPs as necessary to play a full part remotely without visiting the parliamentary estate, was putting people’s lives unnecessarily at risk, he said.

The North Thanet MP said: “It’s not only the lives of MPs. I know there is this ‘Blitz spirit’ thing – we went through the war and we’ve got to carry on – but this pandemic is very insidious, it’s not like a bomb falling and it’s got your number on it and it gets you.

Sir Roger, who has a long-term lung condition that means he has been told he is CEV to COVID-19, told DNS: “I am incensed by the fact that people like [Conservative MP] John Baron, for example, whose wife is ill and high risk, can’t participate in a debate because he’s not high risk and he can go into the House.

“But he can’t go into the House because he can’t risk transmitting the disease to his wife.

“Mogg says it’s the most [COVID-] secure building in the world. If that’s so, why have so many members of parliament got COVID?”

Sir Roger has been shielding from the virus and has not entered parliament since 24 March.

He says he would have liked to have spoken in the debate on the government’s internal market bill – he was one of two Conservative MPs who voted against it, because it would allow the government to break international law – but instead had to make his points through the media.

He said he accepted that the government had to be seen to be continuing and doing its job and being held to account.

But he added: “I think we are taking an unnecessary and unwarranted risk by insisting that only those who are in the chamber are able to participate in debates, which by implication drives people back [to Westminster] when maybe they shouldn’t be back.”

He said that MPs were not “special” but were still key workers and “do an important job” but “the overwhelming chunk of that job can be done remotely”.

Sir Roger said the risk of attending parliament, including the process of travelling to Westminster and entering the estate, was “fairly high”, although there were people who were “either brave or foolish” and in their 70s, who were “fighting their way in”.

He said it was “anachronistic nonsense” of the government – and an “aversion to technology” – to say it could not re-introduce a “hybrid” parliamentary system, where some MPs can contribute virtually and a smaller number do so in person.

Sir Roger said that suggestions by Rees-Mogg that MPs who are refusing to attend parliament were not doing their “duty” were “offensive”.

He said: “The idea that we are not working! We are working flat-out.”

He has not had a full day off since 24 March, and during that time has answered more than 20,500 emails.

And he said that, apart from their time speaking in the chamber, those MPs attending parliament were “sitting morosely in their offices doing exactly what I am doing in my conservatory in Kent”.

He added: “I have to act responsibly, in the interests of the people I represent, because I don’t want to cause a by-election [by dying from COVID-19].”

He said it was “scandalous” and “a glaring injustice” that the government had not allowed a fellow MP, Tracey Crouch, to take part virtually in a debate on breast cancer, even though she is receiving treatment for breast cancer herself, because of the current restrictions.

Sir Roger said: “I think my colleagues ought to be allowed to decide for themselves as honourable members whether they are fit and able to go into the House of Commons and whether it is proper to, for their own safety and for the safety of their families.”

He has not backed a 10-minute rule bill (see separate story) that would force parliament to allow equal participation rights to all MPs who need it, by contributing online, because he said it had no chance of becoming law.

But he insisted that he would continue to pressure the government to alter its position.

He said: “All we can do is pressure the government to see sense.

“The only people who can change this are the government. The leader of the house should say, ‘this is ridiculous.’

“I just think what we have to do is persuade the prime minister that this really is silly, and it’s discriminatory.”

Karen Bradley, the committee’s chair, said: “Virtual participation must be extended to those who need it, so the government faces the full scrutiny of all members of the House of Commons, and not just those members it wants to scrutinise it.

“The procedure committee report calls on the government to recognise the concerns of many colleagues and extend virtual participation effectively, so MPs who cannot attend debates due to reasons arising from the pandemic can continue to represent their constituents and participate virtually.” 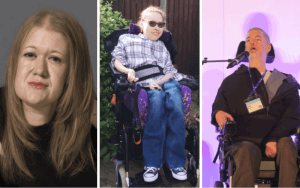 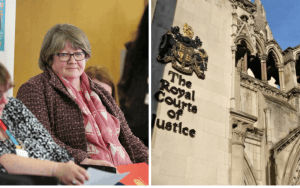