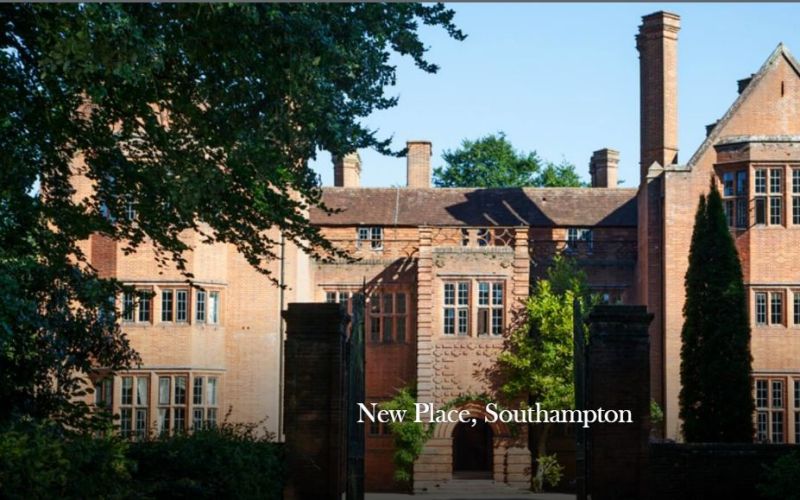 The outsourcing company Capita offered freelance social workers financial bonuses – and put them up in luxury hotels – to encourage them to help a local authority cut disabled and older people’s care packages.

A whistleblower has told Disability News Service (DNS) that Capita has been piling pressure on its team of social workers – while paying them more than £1,000 a week – to cut social care spending, on the orders of Southampton City Council.

DNS revealed last September that the council had employed Capita to clear a backlog of annual reviews of the care packages of disabled and older people, in an apparent attempt to cut costs.

But DNS has now seen an email in which a Capita manager told her team members that they could earn a bonus of £200 if they increased the cuts to people’s care packages they achieved through those reviews by 20 per cent.

In the email, headed “Stop Press – Good News”, she passed on an offer from a senior manager at Capita, who suggested an “extra incentive” for her team if they could improve on their previous “performance”.

He suggested that the bonus “can be measured across both productivity levels and the savings achieved.

The whistleblower, Rebecca*, said she has been earning more than £1,000 a week – after tax – as part of the Capita team.

She said her bosses made it clear that team members would only keep their jobs if they produced enough cuts to the packages of the people whose care needs they were assessing.

Capita said this week that it did not “recognise” Rebecca’s claims, although it has not denied any of her specific claims.

But when it was later shown the “extra incentive” email, a Capita spokesman appeared to accept that it was genuine and claimed the incentive mentioned was “never introduced”, and that the company would not be “updating” its original statement.

Southampton City Council said the Capita project was part of its plan to “transform” adult social care in the city, and claimed that the emphasis was not on cost-cutting but on “carrying out a thorough review, supporting people to take up alternatives such as enhanced telecare and direct payments, if appropriate”.

It had not commented on the “extra incentive” email by 11am today (Thursday).

The council’s link-up with Capita was first trialled through a pilot project, which resulted in an average cut of seven per cent to disabled people’s support packages.

That pilot project has now finished, and Capita is being paid by the council to continue the work.

Disabled people in Southampton with continuing healthcare funding from the NHS have already seen their local clinical commissioning group (CCG) attempt to push them into institutions, by arguing that the needs of disabled people who need more than eight hours of long-term healthcare a day “would be more appropriately met within a residential placement”.

The city council has also been forced to scrap plans to review the packages of disabled people with high-cost support packages and try to force them out of their own homes and into residential and nursing institutions.

Now Rebecca, one of the freelance social workers who has been working on the Southampton project for Capita, has contacted DNS to describe the pressure she and her colleagues have been put under to cut people’s care packages during the day, while being put up in luxury, three-star hotels at night.

DNS has seen another email sent by a manager from the “Capita review team” late last year, complaining that their latest results showed that the cuts to care packages they had managed to find had “fallen dramatically”.

The manager adds in the email: “The senior managers [from the council] who are leading this transformation want to know why it appears we are failing to realise the results in service delivery and savings they anticipated by commissioning this project.

“They in turn are being asked to explain to Councillors of SCC [Southampton City Council].”

The manager then adds in the email: “I have stressed how hard you are all working – but we don’t appear to be getting the results we had during the Pilots.”

And she warns her team: “We don’t have very much time to turn this situation around.

“If we can’t/don’t do it all the hard work you have put in so far will have been for nothing.

“Not to put too fine a point on things WE ARE ALL ON THE WAY HOME.”

Capita’s freelance social workers stayed at plush three-star hotels such as the Bartley Lodge, the city’s Jury’s Inn hotel and the New Place (pictured), while they were being paid more than £1,000 a week to cut disabled people’s support to live independently.

“You had to go hell for leather to produce these savings. A council manager told us: ‘You have to continue with this because there is no plan B.'”

But Rebecca said the project was “so badly monitored and managed that I suspect a lot of the team had never had it so easy.

“We often remarked it was one of the easiest social work jobs we had ever had and the pressure only came from them wanting savings where under social work values and ethics we were loathe to make those cuts.”

When she was interviewed for the job, she said, the questions focused on whether she would be happy to cut people’s care packages if needed.

“Many of the social workers have been sacked by Capita along the way because they weren’t making the savings, they weren’t cutting the cost of care.”

And she said that the service-users with no support networks to advocate on their behalf with the council were often the ones who were having their packages cut.

Rebecca said: “There was a huge emphasis on making savings.

“There were constant ‘thinly veiled threats’ that we must make savings.

“You were threatened with a glare or a glower if you questioned them, or if you reminded them of the correct processes under the Care Act.

“You knew you risked losing your job. One of the managers told us all the time, ‘If you don’t do it, I will throw you under the bus.'”

Rebecca said she and her colleagues were also put under huge pressure to replace the care packages of service-users receiving 15-minute care visits with “telecare” equipment.

This could mean handing electronic pill-dispensing devices that opened at set times every day to service-users who previously received short visits from social workers to ensure they took their medication.

She said the service-users would often struggle with the dispensers when they were left alone to use them in their homes.

Linda Burnip, co-founder of Disabled People Against Cuts, said the latest revelations of the council’s “underhand behaviour” were “shocking”.

She said: “Southampton council and also the CCG seem to be trying their hardest to prevent disabled people living independently in the community with the right levels of support.”

She said Capita was “immoral, incompetent and obviously willing to stoop to any lengths to make money”.

Ian Loynes, chief executive of Spectrum Centre for Independent Living, a user-led organisation which is based in Southampton and supports many of the service-users affected by the review, said: “Every disabled person, every older person, every social worker and every human being who is concerned for the welfare of people who require care and support will be deeply disturbed by these allegations, if they are an accurate representation of what has been occurring.

“We understand the financial pressures and difficulties that social care managers are under; however there are better ways to deliver cost savings.”

The whistleblower’s concerns were raised in the same week that DNS reported how nurses carrying out disability benefits assessments for Capita – and fellow outsourcing company Atos – were guilty of widespread dishonesty in how they were compiling their reports for the Department for Work and Pensions.

After being told of the whistleblower’s allegations, a Capita spokesman said in a statement: “We do not recognise these claims, and nor do they reflect the culture and behaviour of the team who help deliver this service in partnership with Southampton City Council.

“We are not financially incentivised to deliver savings.

“Our performance is measured on the delivery of needs based assessments that ensure people are receiving the appropriate type and level of care as well as meeting the requirements of the Care Act.”

A council spokesman said: “The council is working on a joint initiative with Capita to address a backlog of overdue social care assessments and reviews, to ensure that individuals continue to have the care and support needed to meet their eligible social care needs and to meet its Care Act requirements.

“This project is part of the council’s plan to transform adult social care services and will help to ensure that timely and regular reviews are carried out going forward, which will help people to live full and independent lives wherever possible and ensure people get the care and support that best meets their needs.

“Reviews are being completed by qualified social workers who have been carefully vetted for their skills, knowledge and experience and are registered with the Health and Care Professions Council.

“The emphasis is on carrying out a thorough review, supporting people to take up alternatives such as enhanced telecare and direct payments, if appropriate.”

He added later: “The results so far confirm our view that this is the most cost-effective way of completing the reviews in a timely way, to the required quality.”

And he said that “so far, four out of five reviews have resulted in no change to the overall care package”.

But Rebecca said the reason that four our of five reviews had led to no change in a care package was because many of them covered residential or nursing placements, which refuse to accept lowered fees.

She said it was “understood, discussed and agreed that the biggest money savings” lay among older and disabled people living in their own homes.