You are here: Home / Activism and Campaigning / Labour conference: Financial problems cause Labour to ‘drag its feet’ on discrimination 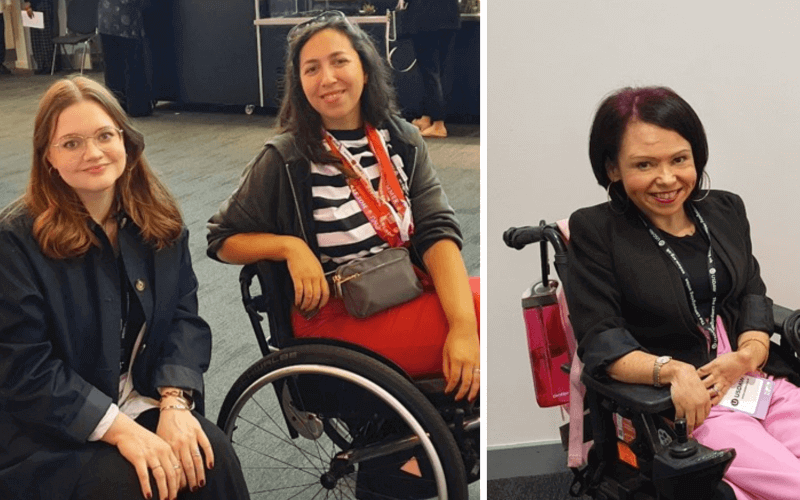 Labour is continuing to “drag its feet” on eliminating the barriers faced by its own disabled members, leading activists warned this week at the party’s annual conference in Liverpool.

A series of disabled members spoke out about their continuing frustration that a party supposedly dedicated to social justice and human rights was failing to deal with long-standing evidence of discrimination in its own ranks.

One said that senior party figures have been using Labour’s financial problems as an excuse for the slow pace of reform.

But disabled party members told Disability News Service (DNS) this week that they deserved better, and that the party must now “put its money where its mouth is”.

Earlier this month, Disability Labour, which is affiliated to the party, warned Labour that it faced possible legal action if it failed to end years of disability discrimination against party members.

Ellen Morrison, who became the party’s first disabled members’ representative on its national executive committee (NEC) when she was elected in November 2020, told DNS this week that she wanted Labour to act because it was “the right thing to do” and not because of any legal judgement.

She said there always appeared to be “a price” placed on disabled people’s participation, and that disabled people were “always the group that is at the bottom of the pile”.

That would allow the party to hear from disabled members on their policy priorities, and it would allow a national committee to submit motions to Labour’s annual conference.

But Morrison said Labour’s financial problems meant it had not yet organised the national disabled members’ conference that will have to be held before a committee can be elected.

She said it was “really, really important” that the party sets up these new structures.

She said: “We have been told that finances will be an issue, that’s why we are waiting for a lot of things. That is what we are told on the NEC all the time.”

She also told DNS that she had ended up in hospital because of the access failures at her first two NEC meetings.

Pam Duncan-Glancy, a disabled MSP and Scottish Labour’s spokesperson on social justice and social security in the Scottish parliament, said: “I don’t think we are doing enough to support disabled people in society, and I think that’s replicated in the Labour party.

“Any kind of change for disabled people is at a glacial pace and it is frustrating.

“I think the party is making some progress in these areas. The more we do to encourage disabled people to self-organise, the stronger it will become.”

But she said more should be expected of a party that is dedicated to fighting for human rights and social justice.

Joe Watkinson, a member of Disability Labour’s executive committee, said: “We disabled members deserve better and Labour must live up to their obligations through diversity and equality.”

He said that his own local party bases its campaign headquarters on election days on the first floor of a pub with no lift and no accessible toilet.

He said: “We are a critical friend of the party but we need to make sure that Labour understands the value of disabled people and where we give value to our communities every day.

Emily Pomroy-Smith, chair of South-West Wiltshire CLP*, who fought that seat for Labour at the 2019 general election, said there were simple solutions to many of the barriers faced by disabled party members.

She said: “There are things that are going to happen, the question is when, how long, is justifiable?

“We have been waiting for the entirety of the existence of the Labour party.

“It is supposed to be the party of equality and social justice, but we are not delivering on that.

“If [Labour] were an employer, if this was a place of work, this would not be OK.

“If they continue to drag their feet, people are only going to get more frustrated and angry about it.

“The issue is we are being barred from participation. That’s the bottom line.”

Pomroy-Smith also spoke during a conference debate on Wednesday (watch from four minutes, 30 seconds) to raise the issue of delegates waving items to attract attention from the chair – which can discriminate against disabled delegates and is banned under party rules.

She called for the party to work with disabled people, including Disability Labour, to ensure that future conferences are “truly accessible”.

Another disabled delegate, Rachel Palmer, disability officer for Wigan CLP, spoke (watch from one hour 47 minutes) of the conference’s failure to hear from disabled delegates in debates on issues such as the social care crisis and equalities.

She said: “I believe we have been drastically under-represented amongst those selected to speak over the past four days.”

She praised those non-disabled delegates who had spoken about the experiences of disabled people they know, but she said: “There are disabled people here and we want to speak for ourselves.

“Conference, please make changes to ensure that in future disabled people are properly represented at this lectern.”

Kathy Bole, chair of Disability Labour, who was unable to attend the conference this week for health reasons, told DNS: “I have fielded so many phone calls and emails from distraught members facing discrimination within Labour groups.

“Disability Labour will continue to stand up for disabled people, their families, their carers, and those who stand beside them.

“The party needs to wake up. I urge everyone to stand up for those still facing discrimination while trying to exercise their human right to participate equally in politics.”

Vicky Foxcroft, Labour’s shadow minister for disabled people, told DNS that the party had decided to hold its annual conference in Liverpool for the next six years for access reasons, which will allow it to make improvements every year.

She said some of the barriers that members were facing were caused by elected officers in CLPs.

They will all have to have disability equality training, but that will “take time”, she said.

She praised Morrison’s work and said: “There’s a lot of work going on to try and make things better.”

She added: “Some CLPs are really, really good, and some CLPs, frankly, are not.”