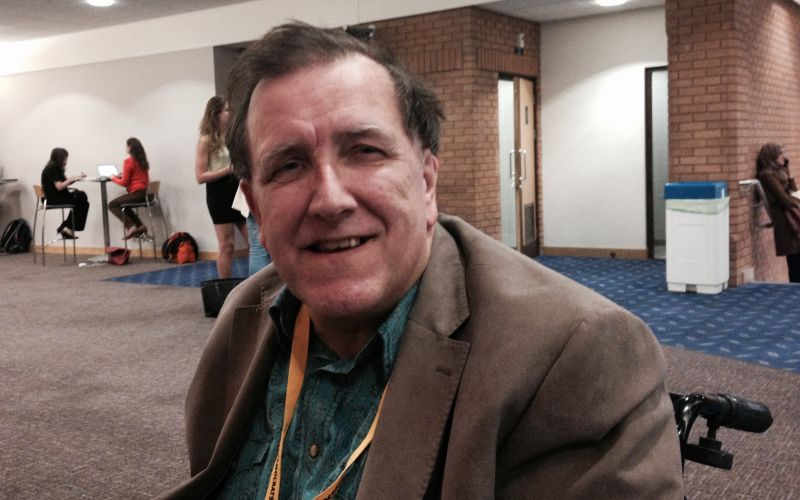 Disabled Liberal Democrats believe their party is capable of winning back voters who feel “justifiably angry” about the disability policies their party signed up to as part of the coalition government.

Members of the Liberal Democrat Disability Association (LDDA) say they are confident that the party’s new leader, Tim Farron, will listen to the party’s grassroots on issues such as social security reform.

At annual conferences during the five years of the coalition – and again this week – the party’s grassroots membership voted overwhelmingly for anti-austerity social security policies, such as scrapping the bedroom tax, which were then ignored by the party leadership.

George Potter, an LDDA member who played a significant role in ensuring cuts to disability benefits were debated at annual conferences during the five years of the coalition, said LDDA policy motions passed by conference were “swallowed up” by the previous leadership and never heard of again.

He said: “Tim Farron has made it clear that he will listen to conference and prioritise what conference says.”

He added: “There is a lot of anger [among disabled people] and it is completely justified.

“I think there is a hard sell but I am hoping over the next five years we can show we can change the party itself and show we are now being taken seriously.”

Gemma Roulston, LDDA’s membership secretary, said: “For the last five years I was thinking, ‘Am I in the right party? Should I go or should I stay?

“I almost didn’t vote for [the Liberal Democrats] at the last election. The only thing that has kept me in the party was the LDDA.”

Robert Adamson (pictured), a member of the LDDA executive, said he also understood the anger felt by many disabled activists, and admitted that it would be “an uphill battle to regain trust”.

“What we are saying is that the Conservatives wanted far worse policies and we managed to constrain them.”

He suggested that a Conservative majority government would have announced the total closure of the Independent Living Fund in 2010, and cut spending on disability benefits even further and faster than under the coalition.

Adamson said: “The work Steve Webb [the Liberal Democrat pensions minister] did to temper the benefit reforms would not have occurred.

“In coalition, a number of things we achieved are now being undermined as a result of the Liberal Democrats not being in coalition… [with] the dreadful ways the Conservative government are treating and going to treat disabled people and carers.”

David Simpson, a disabled Liberal Democrat councillor with Hampshire county council, said: “I understand the anger, of course I do, and thousands of Liberal Democrats were angry as well about what was happening in our name.

“We don’t believe the sick and the disabled should have been the ones who were targeted.

“I think the party has to show that it does have compassion for the disabled.”

He said that “certain things had to be done to get the country out of the mess and sacrifice the party for the country”, but that the Conservatives were now “taking the brakes off” because they “no longer have the drag of the coalition”.

He said: “It is death by a thousand cuts. If you are disabled, you are living in fear. What will happen next, what will they cut next?”

Potter said he was encouraged by the party’s decision to start work on a plan to “completely overhaul the welfare system from the top to the bottom”, that would lay the groundwork for “a credible, radical, alternative policy” and see a future government “enabling people, supporting them, not just penalising them for their inability to work”.

He added: “If the price for that is we get slightly more people gaming the system, that is a price worth paying, if it means we no longer have vulnerable people having their lives destroyed.”

Potter said he also believed that being confronted with a parliamentary party of eight middle-aged white men had forced the Liberal Democrats to confront the need for a more diverse selection of candidates to fight winnable general election seats.

Potter said former leader Nick Clegg had not really grasped the importance of this issue.

He said: “He’s good on rhetoric but when it came down to it he generally surrounded himself with people from very similar backgrounds to himself.

“When push came to shove… he spoke about greater diversity but he never put his money where his mouth was.

“It is certainly the case that a lot of people in the party, far more than before the general election, are seriously thinking that we need to do a lot more.

“Tim Farron has appointed a completely balanced team. At the top we have a leader who grasps the issue.”

And he said that Baroness [Sal] Brinton, the party’s new disabled president, was taking the issue of accessibility – including access to buildings and meetings, and to information – “very seriously”.

Potter also said that the party had a chance to “make a difference” at council level, by providing or organising support that would “negate the cuts” where the government had failed to do so.

He said: “The only way some people will survive the next few years is if local councillors and local authorities step up to the plate.” 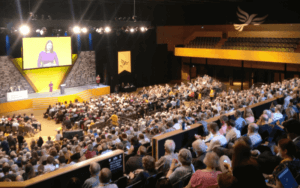 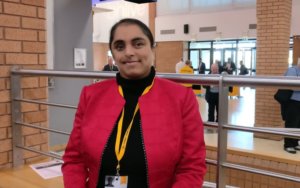 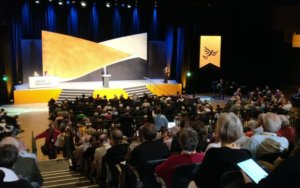