You are here: Home / Benefits and Poverty / Lib Dem conference: Universal credit rollout ‘will ruin lives of hundreds of thousands’ 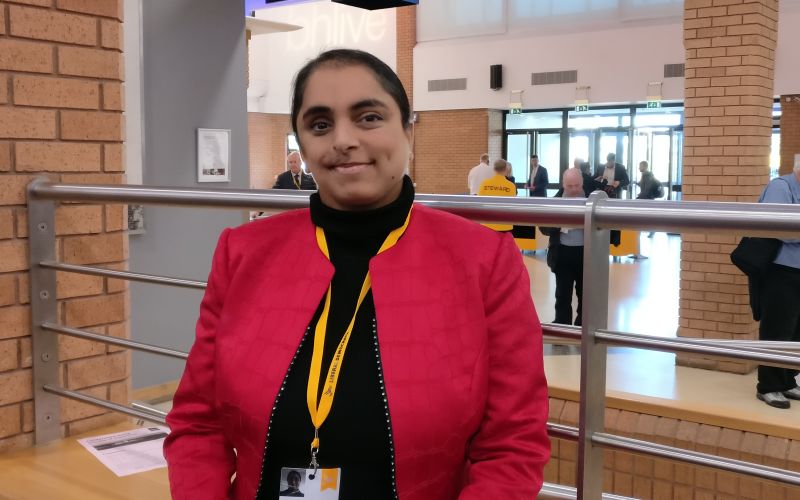 The lives of hundreds of thousands of people will be ruined if the government does not halt its rollout of universal credit, according to a disabled Liberal Democrat MP.

Stephen Lloyd, the party’s shadow work and pensions secretary, told this week’s annual conference that the rollout of universal credit was increasing rent arrears and other debts and forcing people – many of them disabled – to borrow from loan sharks, pawnbrokers and payday loan companies.

He was speaking on an emergency motion at the conference which called on the government to pause next month’s planned accelerated rollout until problems with the implementation of universal credit – which is at the heart of the government’s welfare reforms – could be addressed.

Lloyd called on the Labour party to join the call for a “pause” in the rollout before it is due to accelerate, and said that the lives of “hundreds of thousands of people not yet on universal credit… will be ruined if we don’t act”.

The motion was passed with just one delegate voting against.

Delegates agreed with the principles of universal credit – such as simplifying the social security system, improving work incentives and tackling poverty – but warned that its implementation was causing huge problems.

Lloyd told the conference that the policy had “shambles written all over it” and that the ministers responsible were behaving like “22-carat, copper-bottomed, red-nosed, purple-booted” clowns.

He said that delays in awarding universal credit meant many were not receiving their first payments for two or even three months.

The latest Department for Work and Pensions figures show that, for all new universal credit claimants, only 76 per cent receive their first payment in full and on time.

Even without delays, claimants do not receive their first payment for six weeks.

Lloyd said the Liberal Democrats had supported the introduction of universal credit in coalition, but the Conservatives had since taken more than £3 billion out of the programme, with the work allowance – the amount people can earn before their benefits start to be reduced – “slashed to the bone”.

The taper rate – which decides how much of their benefits universal credit claimants can keep for every extra pound they earn – had also been “cut to ribbons”.

This had left the principle behind universal credit “utterly worthless”, he said, and he added: “Universal credit is no longer a progressive, reliable policy; it is a complete train wreck.”

Lloyd said that Gloucester City Homes housing association had told the work and pensions committee that 85 per cent of its universal credit claimants were in arrears, compared to just 20 per cent of other tenants.

He told delegates: “The Tories’ incompetence and ideological fixations over universal credit are leading to appalling consequences for thousands of people.

“And if universal credit is not checked, stopped right now in its tracks, so the failings can be addressed, it will be tens of thousands of our fellow citizens slipping into grotesque levels of debt.”

He said that many of those affected would be disabled people.

“The reality on the ground is that people are in poverty because of a broken welfare system.

“Beveridge [the Liberal economist and social reformer, whose 1942 report for the wartime government laid the foundations for the modern welfare state] said there was a line below which no-one should be allowed to fall.

“The current system… means people are falling below that line on a regular basis.”

Fran Oborski, a disabled Liberal Democrat councillor from Wyre Forest, said: “In 44 years as a councillor, I have never done as much housing case work as I am doing these days.”

She said the concept of universal credit was “excellent” but the payment delays were “horrendous”.

She said: “We have to get this process modified before it is totally rolled out.

“It has to be postponed until the government can give all of us the reassurance that the universal credit rollout is going to work for the people who need it.”

County councillor Neil Hughes, who stood unsuccessfully at the general election in the Penrith and The Border constituency, said the party needed to act on universal credit to atone for supporting the introduction of the bedroom tax while in coalition government with the Tories.

He spent time living homeless in Brighton in the early 1980s, and was only able to rent a place to live then because he received an advance social security payment.

The motion that was agreed by party members called for everyone claiming universal credit to be told they could claim a sum of money in advance while waiting for their first payment*.

Hughes also said the government needed to change its policy so that universal credit was no longer paid a month in arrears.

Another disabled party member, Avril Coelho (pictured), told the debate that delays of up to three months in universal credit payments meant claimants were being forced to rely on food banks and homeless shelters.

She said the rollout needed to be halted so that “many people do not fall into this awful trap”.

Coelho, a member of the Liberal Democrat Disability Association, told Disability News Service after the debate that she feared lives could be lost if the government refused to halt the rollout, with the risk of disabled people and others being left homeless this winter.

She said she had met many disabled people in the Twickenham and Richmond area, where she campaigns, who were “struggling to make ends meet” because of the flaws in the universal credit system.

Coelho, who is currently fundraising for the charity Crisis because she fears the impact of the universal credit rollout on homelessness in London, said disabled people she had met could not afford to feed themselves and their children and were having to use food banks “because their [universal credit] claims have taken so long and they have been waiting and waiting and waiting”.

If the rollout was not halted, she said, too many people and their families would be left “going hungry, not being able to pay their bills, potentially losing the roof over their heads, finding themselves rough sleeping and relying more and more on charity when the government could have done something about it.

“The Tories don’t care about the most needy and vulnerable people. I absolutely believe that this proves it.”

Meanwhile, two Labour members of the Commons work and pensions committee, the disabled MP Marsha de Cordova and Ruth George, have called for work and pensions secretary David Gauke to review the expansion of the roll-out.

They pointed to a swathe of new evidence to the committee from councils, charities and landlords that showed the system was not robust enough to deal with the accelerated rollout.

De Cordova said: “The government have admitted that at present – when just five areas a month have been rolled out – only 80 per cent of applications are being processed within six-seven weeks, with 20 per cent having to wait considerably longer.

“The system is creaking when 57 areas have been rolled out over the course of this year.  It will not cope with 55 further areas each month.”

The work and pensions committee last week launched a new inquiry into DWP’s readiness for the universal credit accelerated rollout.

*Advances can be paid in the initial stages of a claim to help people with “short term budgeting issues”. Claimants can receive up to 50 per cent of their monthly entitlement, if the government is confident they will be able to repay the money.