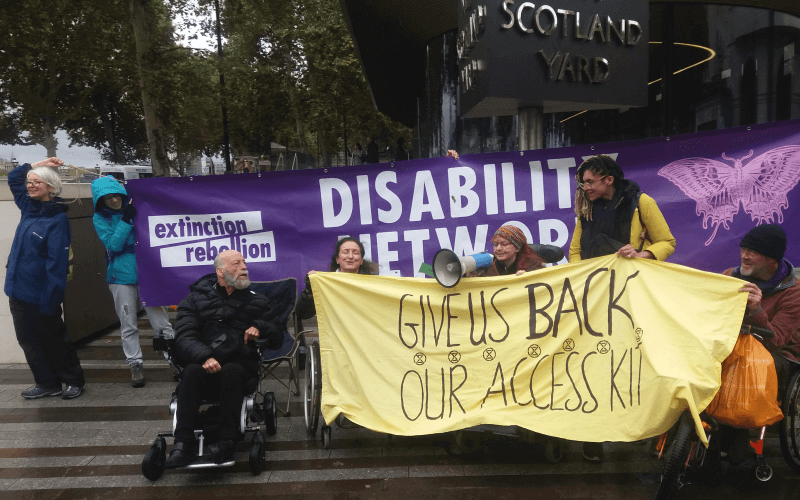 The Metropolitan police’s own disabled advisers have lodged a formal complaint about the force’s “discriminatory” treatment of disabled protesters during this month’s Extinction Rebellion protests in London.

A joint letter from every member of the Disability Independent Advisory Group (DIAG) to commissioner Cressida Dick says they are “disappointed and angered” by the force’s actions.

They say they believe the force breached the Equality Act by discriminating against disabled protesters.

And they warn that those actions risk causing “irreparable damage” to relations between disabled people and the Metropolitan police, and that the consequences of its actions will “take many years to heal”.

The want Dick to order a full investigation into the force’s decision-making surrounding the policing of the Extinction Rebellion (XR) protests in relation to Deaf and disabled protestors, and into the actions of individual officers.

Among the incidents they highlight in the letter are the force’s decision to confiscate equipment that was intended to make it safe and accessible for disabled people to take part in the XR protests.

They also highlight the decision to arrest a wheelchair-user because she needed support from a personal assistant – who was also arrested – during a solo, peaceful protest outside New Scotland Yard.

Another incident highlighted in the letter is the way a police officer was seen to be “visibly shaking with anger” as he and about 20 other officers threatened to arrest a small group of members of the XR Disabled Rebels group, who again were taking part in a peaceful, non-disruptive protest outside New Scotland Yard (pictured).

But DIAG members are also angry that the force failed to engage with them before, during and shortly after the protests.

DIAG chair Anne Novis – who in June was recognised with a commendation by the force for her service with DIAG – repeatedly attempted to contact the force to offer advice from DIAG when she and her colleagues became aware of incidents unfolding during the XR protests.

The letter says that “all members of the DIAG are disappointed and angered” at the failure to seek their assistance in the lead-up to XR “in understanding the complexity of addressing the needs of disabled protesters, despite the fact that we have on several occasions tried to engage with the team”.

It adds: “The actions of the MPS* have not been received well by the disabled and Deaf community, many of whom now fear that their legal right to participate in peaceful protests can no longer be exercised if their mobility equipment is to be confiscated, and personal assistants/carers arrested.

“The effect on the relationship between the MPS and members of our community is at risk of irreparable damage.

“The actions in the last few weeks will have long-lasting consequences for our community and will take many years to heal.”

The Metropolitan police had failed to comment by noon today (Thursday). 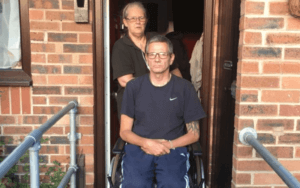