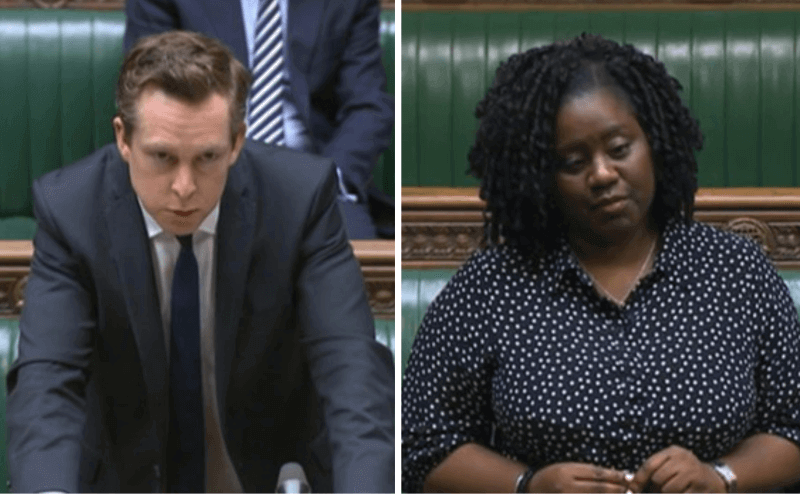 The new minister for disabled people has been ridiculed for claiming the government has a record of providing “global leadership on disability inclusion”, six years after it was found guilty of “grave” and “systematic” violations of the UN disability convention.

Tom Pursglove made the comments even though the government is due to send the UN an annual update on its progress in addressing the concerns raised by the UN committee on the rights of persons with disabilities.

The committee had found the government guilty of “grave” and “systematic” violations of the UN Convention on the Rights of Persons with Disabilities (CRPD), when it published its report in November 2016.

Most of the breaches – under articles on independent living, work and employment. and an adequate standard of living and social protection – were caused by policies introduced by ministers at the Department for Work and Pensions (DWP).

It was the first such high-level inquiry to be carried out by the committee and was a result of years of research and lobbying by Disabled People Against Cuts.

The following year, the committee’s chair told the UK government that its cuts to social security and other support for disabled people had caused “a human catastrophe”, which was “totally neglecting the vulnerable situation” faced by disabled people.

The UK government was told in 2017 to make more than 80 improvements to how its laws and policies affect disabled people’s human rights – the highest number of recommendations the committee had ever produced in reviewing a country’s progress in implementing CRPD.

The committee also made it clear at the time that the UK was no longer considered a world leader on disability rights.

Pursglove’s claims were made during a debate about the international day of disabled people, which will take place on Saturday (3 December).

The debate was secured by disabled Labour MP Marsha de Cordova, who said the last dozen or so years of a “hostile environment and cuts” had led to an “assault on disabled people’s civil and human rights, which has had a devastating impact”.

Pursglove also revealed that the government had been granted permission to appeal against a high court ruling that its National Disability Strategy was unlawful, after a botched consultation had made it “impossible” for disabled people to “shape” the content of the strategy.

But he still claimed his government was “working towards equality on the global stage, through both the example we set here in the UK and our international co-operation”, and he claimed the UK government had “long provided global leadership on disability inclusion”.

He said: “We remain fully committed to implementing this convention, through strong legislation, and programmes and policies that tackle the barriers faced by disabled people, in order to realise their full participation and inclusion in society.”

Although the government has funded disabled people’s organisations (DPOs) in other countries to hold their governments to account, it appears to have failed to do so in the UK.

Mark Harrison, a member of the steering group of Reclaiming Our Futures Alliance, said after the debate that Pursglove was “trying to spin their international efforts to cover up their war on disabled people and our organisations at home”.

He said: “It seems for this government, human rights and support for DPOs is only good internationally while they treat disabled people and our organisations in the UK with contempt.

“There has been no funding from the Westminster government for engagement in the UN CRPD process or to facilitate engagement.

“They have been put to shame by the Scottish and Welsh governments who are engaging constructively with DPOs.”

The government’s Disability Unit had failed to respond to Harrison’s claim on funding by noon today (Thursday).

Harrison said: “A previous minister for disabled people, Justin Tomlinson, set up and then closed down a DPO forum just when they were developing their so-called disability strategy.

“You can tell no disabled people or DPOs were involved in developing the strategy as it is so pathetic, and the courts were right to decide it was unlawful.”

De Cordova told MPs that she had heard from more than 650 disabled people and allies who contacted her after hearing about the debate.

Among the concerns she raised were the shortage of accessible housing, and she said that disabled people were “significantly more likely to live in unsafe accommodation”.

She also raised the government’s refusal to ensure that all disabled people can safely evacuate from high-rise blocks of flats in emergencies, breaking a promise made by former prime minister Boris Johnson following a report by the Grenfell Tower Inquiry.

She spoke of the significant barriers disabled people face when travelling, such as “floating bus stops, cuts to bus services, inaccessible rail stations or the closure of many ticket offices”.

And she told fellow MPs of “stark health inequalities and barriers”, with nearly 60 per cent of Covid deaths of disabled people, the “horrific blanket application of ‘do not attempt resuscitation’ notices during the early part of the pandemic”, and the social care charge debt faced by many disabled people.

De Cordova pointed out that disabled people had been disproportionately affected by government cuts over the last decade, while there was “mounting evidence that real-terms reductions in health and social care spending since 2010 may have led to thousands of excess deaths among disabled people”.

And she asked when DWP would publish at least 20 secret reviews into the deaths of disabled benefit claimants, following a ruling by the information commissioner that it unlawfully prevented their release to Disability News Service*.

De Cordova also paid tribute to a mentor of hers, Seán McGovern, a “staunch disability rights campaigner and a strong trade union champion for disabled people’s rights”, who died two years ago, and to another disabled activist, Roger Lewis, who died last week, just days before the debate took place.

She said Lewis had “changed and touched the lives of so many disabled people, so many deaf people, and so many blind and partially-sighted people”.

He said this policy had been “unnecessarily disastrous”, “very damaging and counterproductive”, and had “badly damaged” DWP’s reputation with disabled people.

Marion Fellows, the SNP’s spokesperson on disability, spoke of concerns that government plans to abolish the Human Rights Act would “weaken avenues” for disabled people to enforce their rights.

She pointed to one case in which a GP had refused to order a heart scan for a disabled man with high support needs because “he has a learning disability and no quality of life”.

She said the government’s plans would prevent public bodies from taking “proactive steps to protect disabled people from harm, due to discriminatory attitudes or the resources required to protect that person”.

*DWP has now appealed this ruling