You are here: Home / Benefits and Poverty / MPs hear of ‘despair’ of austerity’s victims in second WOW debate 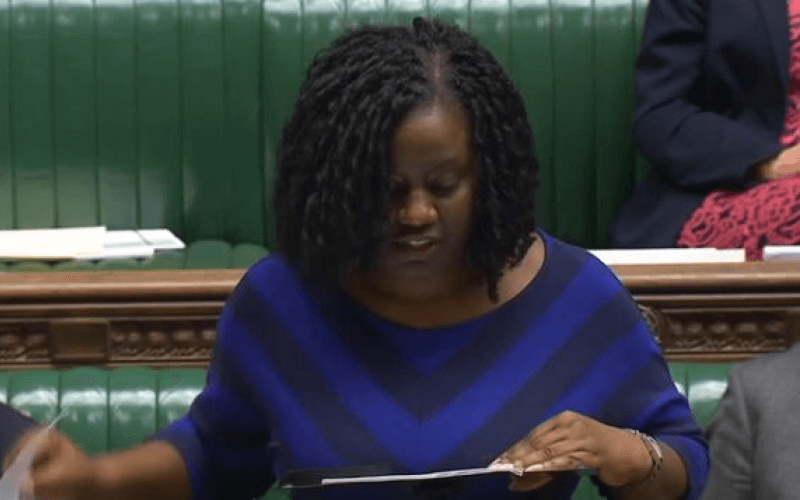 The experiences of disabled people whose lives have been devastated by austerity-related cuts were discussed in parliament last night as MPs took part in a long-awaited debate on the impact of eight years of cuts to disability support.

The backbench debate was the result of months of lobbying of cross-party MPs by the disabled-led WOWcampaign, which has been pushing for six years for the government to carry out an assessment of the impact of all of its cuts to disabled people’s support.

Last night’s was the follow-up to a high-profile debate that took place in the Commons nearly five years ago, after nearly 105,000 people had signed a WOW petition calling on the government to carry out a cumulative impact assessment (CIA).

Some of the many accounts from disabled people of how austerity and cuts had impacted on their lives were shared with MPs during last night’s debate, which had been delayed for several hours by an emergency Brexit debate.

Labour’s Debbie Abrahams, who secured the Commons debate on behalf of the WOWcampaign with fellow Labour backbencher Kate Green, told MPs how one constituent was refusing to have life-saving surgery on a brain tumour because he had been worried he would have his benefits sanctioned.

He had already had his employment and support allowance sanctioned for three months after failing to attend a benefit assessment so he could receive treatment for the tumour.

Abrahams told MPs that another disabled woman had told her how the contribution she had to make towards her social care had risen from £82.50 a month to £81 a week, despite no change in her financial circumstances, leaving her no money to pay for medication or independent living aids, and causing her increased pain, isolation and anxiety

Another disabled person, this time someone with significant mental distress, had described how he had been forced through seven benefit assessments in six years.

Abrahams said more and more disabled people were becoming isolated in their own homes and were facing the “relentless stress and anxiety resulting from a social security system that is hostile, unsupportive and even dehumanising”.

Encouraging MPs to read the WOWvoices collection of accounts written by disabled people of their experiences of austerity and cuts to support, Abrahams told them: “This is happening up and down the country. The despair in these messages is palpable.”

The disabled MP Stephen Lloyd, formerly a Liberal Democrat but now sitting as an independent, backed calls for a CIA, as did the Scottish Tory MP Luke Graham, who supported the idea of having “an objective assessment of what these changes are doing for our constituents and for the most vulnerable people”.

There was also support for a CIA from Jim Shannon, a DUP MP, whose party has been keeping the Conservatives in power since 2017.

Shannon said government cuts to disabled people’s and child support were causing “massive issues” in his constituency and “in everybody else’s as well”.

He pointed to a CIA published by the Equality and Human Rights Commission (EHRC) in March which found that disabled lone parents with at least one disabled child would lose almost £3 out of every £10 of their net income, almost £10,000 per year, by the time the government’s reforms and cuts were fully implemented in 2021-22.

The SNP’s Angela Crawley added: “If the government can spend limitless amounts of money and resource on Brexit and planning for a no deal then why can they not introduce an independent CIA of their welfare reforms?”

Marsha de Cordova (pictured), Labour’s shadow minister for disabled people, thanked WOW for its work over the last six years and for “making the voices of disabled people heard in this house”.

She called on the government to “own up to creating a social security system for disabled people that the UN report on extreme poverty described as callous, punitive and mean-spirited”.

She said: “We are demanding that the government own up to the effects of more than £40 billion of cuts to disabled people’s social security since 2010.”

And she said disabled people had been “consistently and disproportionately impacted by cuts to social care, legal aid, housing, education and social security”.

De Cordova said the government’s “pointlessly cruel sanctions regime” had hit more than one million disabled people in the last eight years, while disabled people now faced the introduction of universal credit, which “acts as little more than a vehicle for cuts”.

The minister for disabled people, Sarah Newton, said the government was spending more than £50 billion this year on the main health and disability related benefits [this figure includes housing benefit paid to disabled people].

She also claimed that the lack of information on disabled people in the survey data used by the Treasury did not allow a CIA of all government policies at present, although the Office for National Statistics was carrying out work which might mean the necessary data was available in the future.

She also said that DWP figures showed that “poverty for people in families with a disabled person has improved since 2010 on three of the four measures, and there was no change in the fourth”.

The government has repeatedly refused to carry out a CIA, even though the organisations that have called for one include the UN committee on the rights of persons with disabilities, the government’s own social security advice body, and peers on the House of Lords Equality Act 2010 and disability committee.

And the EHRC report in March calculated its own CIA of all the tax, national insurance, social security and minimum wage reforms introduced between May 2010 and January 2018.