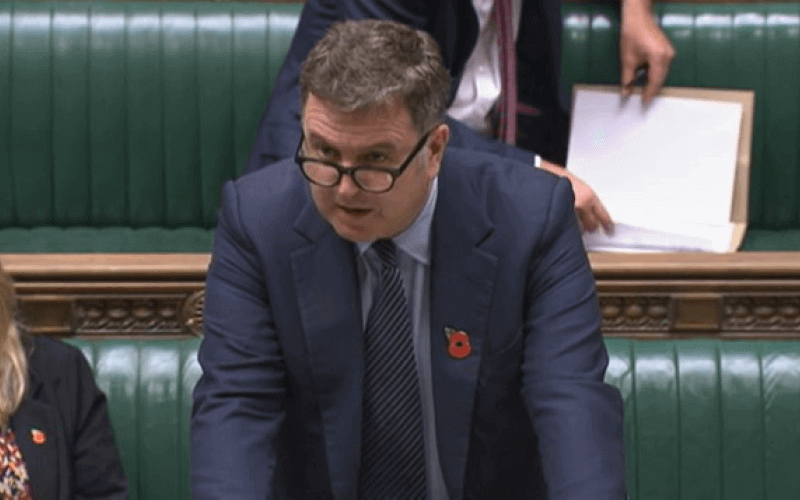 The new work and pensions secretary has refused to apologise after misleading MPs on how many disabled people want to return to work, just days after he was appointed to the post.

Mel Stride (pictured), who replaced the sacked Chloe Smith on 25 October, told the House of Commons just six days later that there were 2.5 million people who were “long term sick” and “economically inactive” but wanted to work.

Stride described this group of people – most of whom will be disabled – as “a long tail of people”.

He told MPs on Monday: “We know that there is a long tail of people who would otherwise like to work but who are long-term sick – some 2.5 million in total – and, to go back to my earlier answer, it will be a prime focus for our department, working with the health department, to see how we can assist and support them back into the workplace.”

He told MPs that it was a “prime focus” of his new department and the Department of Health and Social Care to “assist and support them back into the workplace”.

But Stride – despite his previous position as chair of the Commons Treasury select committee – appears to have misunderstood, misread or deliberately misused the Office for National Statistics figures he was quoting.

Although those figures do show there were 2.49 million working-age people who were economically inactive and described themselves as “long term sick” in the latest quarter of this year (June to August 2022), the table also shows that only 581,000 (23 per cent) of this group want a job.

This is likely to be because most of them cannot work, and have been granted out-of-work disability benefits and placed in the support group of employment and support allowance or the limited capability for work-related activity group of universal credit.

During work and pensions questions on Monday, Stride repeatedly referred to the need to push more people who were currently economically inactive into the workforce, stating at one point that the government “desperately need” to do this.

He also said it was one of his “two early key missions” to do this, while the other was his “personal commitment to us being a compassionate, caring department supporting the most vulnerable”.

Stride’s comments suggest that the health and disability white paper expected to be published in the next few weeks will – as suggested by his two predecessors, Chloe Smith and Therese Coffey – focus partly on forcing more of those on out-of-work disability benefits into the workplace.

A DWP spokesperson refused to say if Stride understood that he was risking serious harm to countless disabled people who are not in work if he tried to pressure them unfairly into the workplace.

DWP also refused to confirm if it had briefed Stride on the countless deaths that have been linked to the government’s benefit reforms over the last decade through DWP’s own secret reviews, coroners’ letters and inquests, safeguarding adults reviews, and media reports.

But the DWP spokesperson said in a statement: “As the secretary of state said in the House [of Commons], he is committed, alongside the Department of Health and Social Care, to assisting and supporting those who are long-term sick and would like to work back into the workplace.”