You are here: Home / Transport / Rail industry and government under attack over ‘outrageous’ access exemptions 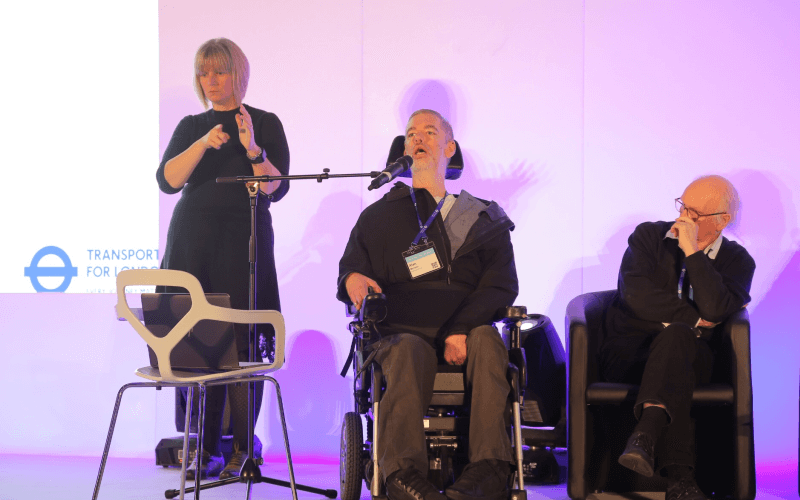 Furious disabled campaigners have attacked the government and transport providers after operators were given permission to continue using more than 1,000 inaccessible rail carriages – about eight per cent of the national fleet – after missing a deadline set 10 years ago.

Service-providers have been told by the Department for Transport (DfT) that they can continue to use the inaccessible carriages for as many as six more years, although many exemptions are for a much shorter period.

There have been different views among transport and access experts and campaigners on how long the industry has had to ensure all its services are accessible.

Many say the original Disability Discrimination Act in 1995 put the industry on notice that it would need to ensure its services were accessible to all disabled people, although the legal deadline for the rail industry to provide accessible trains for every passenger and every journey by 31 December 2019 was set a decade ago.

The new Conservative government has admitted that providers have been given permission to continue to use about 1,200 inaccessible carriages through temporary exemptions from the legal deadline.

Operators were supposed to provide accessible trains for every passenger and every journey by the end of 2019.

DfT said the 1,200 carriages represented about nine per cent of Britain’s fleet – although industry figures suggest it is nearer eight per cent – but has refused to apologise for its failure to ensure the deadline was met.

Alan Benson (pictured, centre), chair of Transport for All, the user-led charity which campaigns on accessible transport in London, said the extensions were “outrageous and convey the message to disabled people that their rights to travel are not a priority.

“These standards have not been imposed at the last minute; they were negotiated by industry, government and disabled people 25 years ago.

“Compromises were made to make them reasonable and achievable, yet a lack of effort and focus by the industry is being given a free pass by government, flying in the face of the [government’s] Inclusive Transport Strategy.”

He said the promised access improvements “offer benefits for all passengers that we should be taking for granted such as effective audio/visual announcements.

“The last-minute nature of these approvals, which has avoided scrutiny, seems disingenuous and raises questions on the efficacy of the monitoring framework on this legislation.

“This needs to change and we will continue to inform, educate and challenge the UK transport sector to address the barriers in place and ensure that disabled people are not isolated and ignored.”

Accessible transport campaigner Doug Paulley said the exemptions were “shocking” and that it was “a disgrace” and “an insult to disabled people” that the rail industry had missed the deadline.

He said the blame was shared between train operating companies, the government, Network Rail, train manufacturers and rolling-stock companies.

He said: “At the end of the day, all we’re asking for is to Boldly Go where All Others have Been Before; to the same access to the same variable, sometimes substandard, service ‘enjoyed’ by the rest of the population.”

The Association of British Commuters said the exemptions had to be seen in the context of the government’s “regressive approach towards rights and regulations” and that DfT was letting many companies “off the hook” with its exemptions.

Transport minister Chris Heaton-Harris told the Rail Delivery Group (RDG) – which represents the companies that run Britain’s railways – in a letter that he will allow about 1,200 inaccessible rail carriages to remain in service temporarily to avoid causing a “disproportionately negative effect” on passengers.

But he said it was “deeply frustrating that disabled passengers will still be waiting into 2020 to see accessibility improvements to some services”.

A letter from a second transport minister, Baroness Vere, reveals that Transport for London (TfL) has asked for exemptions for up to six years for some of its London Underground lines.

RDG said there were currently about 14,800 rail carriages on the network.

RDG’s chief executive, Paul Plummer, blamed manufacturers for the delay in ensuring all of them were accessible to disabled passengers.

He said: “The rail industry is committed to making the railway more accessible so that everyone benefits from being able to travel by train.

“We are replacing half of the nation’s train fleet new for old and upgrading hundreds of existing carriages to make journeys more accessible.

“We are very sorry that problems with the manufacturers of new and upgraded carriages mean some have been delayed.”

TfL said it was “truly sorry” for missing the deadline but had “invested significantly to make more than two thirds of our trains fully accessible and more than 200 Tube and rail stations step-free”.

A TfL spokesperson said that “upgrading and replacing Tube trains requires significant funding and for new trains, for example on the Piccadilly line, this also means significant government funding for a new signaling system as well as funding for the trains themselves.

“We also need significant time to plan and co-ordinate the introduction of new or upgraded trains, so that Tube services are not affected at the same time.”

Peter McNaught, director of asset operations for London Underground, said it would be “investing in upgrading the remaining trains as soon as possible, starting with the Bakerloo line in January and the Central line later in 2020.

“We’re also introducing new accessible trains along the Piccadilly line from 2024 and have a programme to deliver many more step-free stations.”

But Anthony Smith, chief executive of the independent watchdog Transport Focus, said: “It is almost 2020 – no-one should struggle to get on a train or find an accessible toilet.

“Passengers will be astounded to learn that the rail industry has not met this deadline when it has had a decade to prepare for these changes.”

Heaton-Harris said he accepted that delays by manufacturers in delivering some new trains had affected the ability of the industry to meet the 31 December deadline.

But he said the exemptions would only be allowed if the companies provided “evidence that the introduction of new or refurbished vehicles remains on track”.

Heaton-Harris said: “The industry must urgently address the issue of providing accessible rail carriages and replacement bus and coach services.”

It is the third time the government has granted public transport providers temporary exemptions from access laws in the last few weeks.