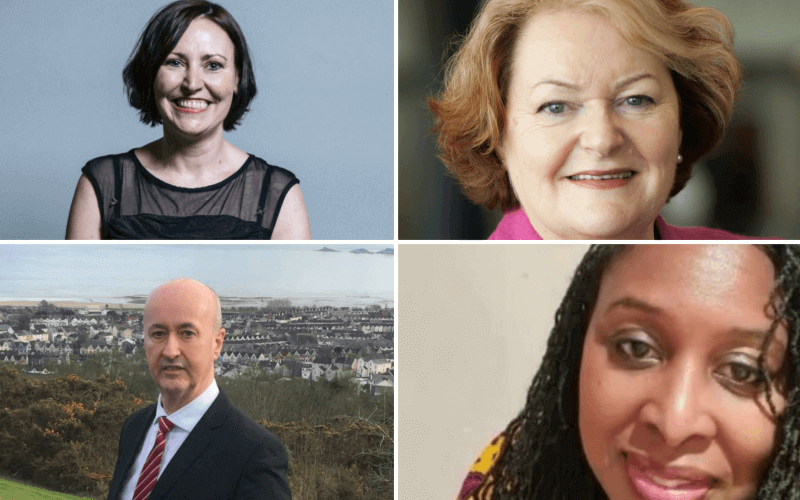 Opposition MPs are supporting a bill that would force the government to allow all MPs who have been shielding from coronavirus to take a full part in parliamentary proceedings.

The ten-minute rule bill was devised by Labour’s Geraint Davies but had to be presented in parliament by his colleague Dawn Butler as he has been shielding to protect a family member.

The remote participation in House of Commons proceedings bill, which is due to receive its second reading in January, would ensure that all MPs unable to attend Westminster could vote and take part in debates and other proceedings remotely.

Since early June, virtual participation in the Commons chamber for shielding MPs has been limited to asking oral questions and urgent questions and responding to ministerial statements, and they have been unable to take part in debates on motions and legislation.

The leader of the House of Commons, Jacob Rees-Mogg, has been forced into a partial climbdown after criticism of the current rules last week by Conservative MP Tracey Crouch, who is receiving treatment for breast cancer.

On Monday, Rees-Mogg announced that MPs who are seen by healthcare professionals as clinically extremely vulnerable (CEV) to COVID-19 would be allowed to take a greater online part in parliamentary proceedings.

But supporters of the remote participation bill say this concession does not go far enough.

Davies told Disability News Service (DNS) that Rees-Mogg was using “his iron fist in a velvet glove to stifle parliamentary free speech during the pandemic” and said it was “the most far reaching reduction in democracy we’ve seen in peacetime Europe and must be reversed”.

Butler said the government’s failure to act was “profoundly wrong”.

She said: “The consequence of the Leader of the House’s refusal to institute these measures is inherently discriminatory and in effect disenfranchises constituents across whole sections of the country.

“My remote participation bill is essential as it asserts the equal right of all members of the House of Commons to participate in all proceedings, fully, including for debates and votes.”

Among those supporting the bill is Vicky Foxcroft, Labour’s shadow minister for disabled people, who has herself been shielding from the virus, and told DNS: “It has been extremely frustrating not being able to participate fully in parliament.

“At the start of this pandemic, we had a hybrid system which worked well, which included electronic voting.

“This system opened up parliament, especially for those who were not able to be in the chamber for health or caring reasons related to COVID.

“Whilst I welcome there will be extra provisions for some MPs to take part in more debates, this bill rightly goes further and would allow those MPs who are unable to be in the chamber to actually get involved in all aspects of parliament once again.”

Another shielding MP, Dr Philippa Whitford, who speaks for the SNP on health at Westminster and is one of the sponsors of the bill, said she was “shocked” that Rees-Mogg was extending his concessions only to those MPs seen as CEV and not all those who have been shielding.

She said that Rees-Mogg’s decision to refer to the health conditions of some MPs “gave the impression that anyone applying for such access would have to justify publicly why they meet his very limited definition”.

She said: “With yet another outbreak in Westminster, the claim that it is completely COVID secure is simply not the case, as behaviour in the chamber often demonstrates.

“Mr Rees-Mogg also completely dismisses the exposure risks associated with very long journeys that have to be made by many MPs – using multiple forms of public transport.

“While some movement is welcome, he is simply continuing his discriminatory approach which means a significant number of MPs cannot fully represent their constituents in the critical Brexit-related legislation going through parliament.”

She said: “The Leader of the House sends a clear message that only certain people may participate fully in parliament during a pandemic.

“This is inequality in action at the heart of government. Let’s not be hidebound by past practice, but lead the way with 21st century technology.”

The bill is the latest in a series of attempts he has made to pressure the government to act, following an early day motion and a letter to the prime minister signed by 60 cross-party MPs, including shielding Tory MP Sir Roger Gale (see separate story).

Davies told DNS this week: “People should not be asked to take unreasonable risks with their own health to represent their own constituencies.”

The Swansea West MP added: “It’s completely unacceptable that when video conferencing and digital technology enables us to debate remotely… the government should deny the voices of so many voters at such an important time.

“It’s Jacob Rees-Mogg’s duty to facilitate democracy in parliament and this means allowing those who are shielding or self-isolating to continue to represent the voters who elected them.

“It’s a slap in the face for voters and those who they’ve elected to represent them to deny them a voice at this crucial time.”

Karen Bradley, a Conservative MP and the committee’s chair, said: “Virtual participation must be extended to those who need it, so the government faces the full scrutiny of all members of the House of Commons, and not just those members it wants to scrutinise it.

“The procedure committee report calls on the government to recognise the concerns of many colleagues and extend virtual participation effectively, so MPs who cannot attend debates due to reasons arising from the pandemic can continue to represent their constituents and participate virtually.

“Colleagues with caring responsibilities or who have family members who are clinically extremely vulnerable are not covered by the government’s current proposals.

“This is unacceptable. MPs should not be faced with a choice between representing their constituents in key debates and protecting their loved ones.”

Last week, DNS reported how Rees-Mogg was facing growing pressure after telling MPs shielding from coronavirus that it was their “duty” to return to parliament, even though that could put their lives at risk.

Later that day, Crouch told Rees-Mogg of her frustration at not being able to take part in a debate on breast cancer services, and appealed to him to “stop thinking those of us at home are shirking our duties”.

Four days later, Rees-Mogg bowed to the growing pressure and announced that MPs who are seen by healthcare professionals as CEV would be allowed to take a greater part in parliamentary proceedings by virtual participation, although his plans have not yet been approved by MPs.

Robert Halfon, the disabled Tory MP and former minister, who has been shielding, welcomed the announcement but asked Rees-Mogg in the future “to ensure that the government do not give the impression, however unwittingly, that sometimes they care just about the survival of the fittest”.

Labour’s Barbara Keeley, who has recently had treatment for breast cancer, told Rees-Mogg that it was “just wrong” that his new measures would not apply to people like her who were not CEV, even though she has been told by her oncologist to reduce her contacts with others as much as she can.

She said: “I call on the Leader of the House to do the right thing and confirm that all MPs who are not able to travel to Westminster safely for a health reason or a reason related to the pandemic can participate remotely.”

Anger as Starmer says Labour is ‘the party of working people’