You are here: Home / Politics / Silence from Truss and Sunak on how they would improve lives of disabled people 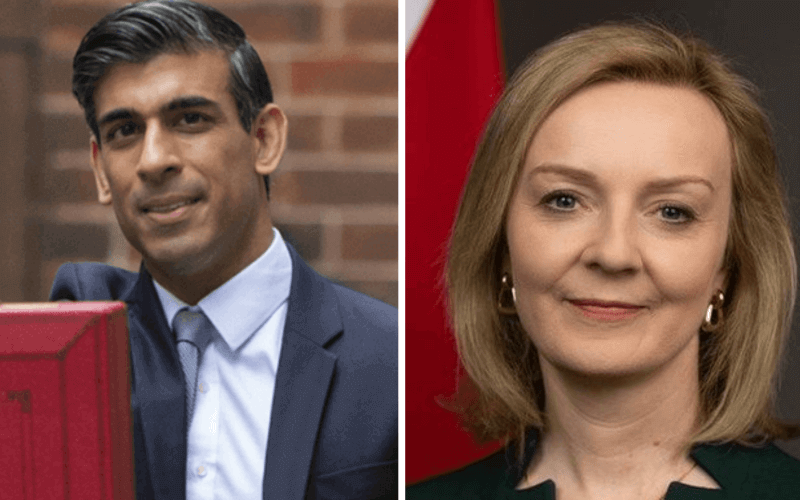 The two candidates to be the next leader of the Conservative party – and to take over from Boris Johnson as prime minister – have refused to say how they would improve the lives of disabled people if they won the contest.

After a campaign that has almost completely ignored questions around disability, both Liz Truss and Rishi Sunak were unable to suggest a policy they would introduce to improve the life chances of disabled people.

They have also refused to say what they believe is the greatest achievement of 12 years of Conservative-led government in improving the rights of disabled people.

Despite repeated requests from Disability News Service (DNS) over the last 12 days, neither candidate has been willing to answer five questions about the actions they would take to support disabled people if they become prime minister.

Sunak’s camp did not even acknowledge any of the text messages or emails sent by DNS – other than through an automatic email acknowledgement – although a spokesperson for Truss did eventually apologise for the failure to respond.

But nearly two days after this apology, Truss’s team had still failed to answer the questions.

Work and pensions secretary Therese Coffey and Chloe Smith, the minister for disabled people, are both supporters of Truss’s leadership campaign.

Both Truss and Sunak were asked what steps they would take as prime minister to end the crisis in adult social care that is driving tens of thousands of disabled people into debt because they cannot afford to pay council care charges.

They were also asked what steps they would take to address the accessible housing crisis.

And they were asked if they would order a public inquiry into deaths linked to the actions of the Department for Work and Pensions, following the publication of the Deaths by Welfare timeline that has brought together evidence of such links stretching back 30 years.

Each candidate was also asked for the greatest disability-related achievement of 12 years of Conservative-led government, and for a single policy they would introduce as prime minister to improve the life chances of disabled people.

The Conservative party had failed to comment by noon today (Thursday) on the candidates’ failure to answer the questions.

The failure of the two Conservative candidates to answer questions about disability policy contrasts with the Labour leadership election in early 2022, where three of the four candidates – Lisa Nandy, Keir Starmer and Rebecca Long-Bailey – responded in depth to questions from DNS.

The fourth candidate, Emily Thornberry, did not answer the questions, before failing to reach the final stage of the contest shortly afterwards.