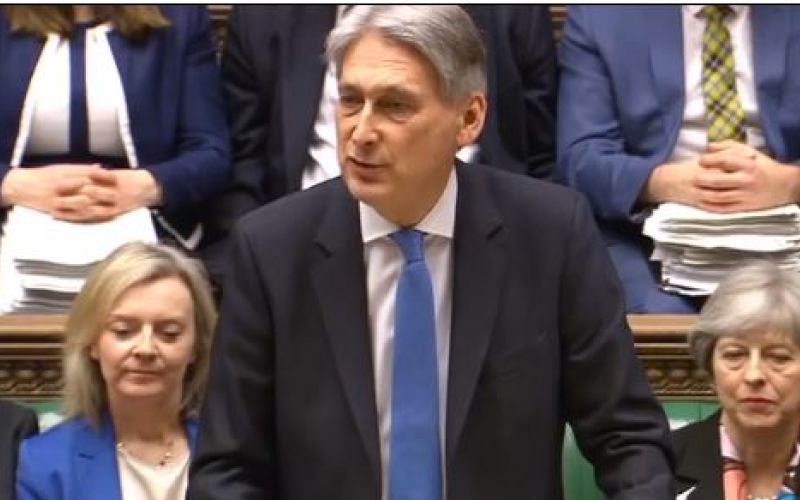 The chancellor’s spring statement shows that disabled people will continue to bear the brunt of austerity, according to leading user-led organisations.

They spoke out after Philip Hammond (pictured) resisted calls to increase funding for adult social care and other public services in this week’s statement.

Instead, he suggested that he might increase public spending in the autumn budget and insisted that “spending on the disabled” was continuing to increase every year.

But there was anger and frustration among user-led organisations at Hammond’s refusal to address the funding crisis, particularly in social care.

Professor Peter Beresford, co-chair of Shaping Our Lives, said Hammond’s statement “had little to do with the economic well-being of the nation and even less with the rights and needs of disabled people”.

Instead, he said, it was “primarily shaped by the government’s and the chancellor’s own uncertain situation and their fears for the forthcoming local elections”.

Beresford said: “As I hear daily reports of disabled people’s increasingly precarious financial and personal situations, with a vicious and dishonest benefits system continuing unconstrained, despite the massive and growing evidence of its cruelty, we have to wonder how long this can go on, before the scars to disabled people and the nation reach a point of being unrecoverable.

“I can only agree with shadow chancellor John McDonnell who has accused Mr Hammond of ‘ignoring’ the public services despite ‘a crisis on a scale we have never seen before’.”

Sue Bott, deputy chief executive of Disability Rights UK, said: “Despite the positive outlook portrayed by the chancellor we remain concerned that disabled people are being left behind.

“His emphasis on ‘talent and hard work’* is blunted by the reality of disabled people’s experience of finding and keeping jobs.

“Once again, the opportunity to pick up the challenges in health and social care services, which are seriously impacting on the lives of disabled people, remains ignored.

Brian Hilton, digital campaigns officer for Greater Manchester Coalition of Disabled People, said the spring statement sent “a clear message to everyone” that austerity “remains the government’s mantra and that disabled people will continue to bear the brunt of ongoing cuts and rationing of services”.

He said: “It used to be that chancellors would give with one hand and take with the other.

“Well it’s clear what’s being taken away: it’s our social care funding, it’s our wheelchair services, our British Sign Language interpretation services, our access to healthcare, our Motability vehicles, our benefits, our housing, our education grants and our employment support.

“So what are they giving us? Well, there is the rise in disability hate crimes, increased numbers of disabled people attempting suicide, a million benefit sanctions imposed upon disabled people, and the dubious honour of being the first country to be investigated by the UN committee on the rights of persons with disabilities, which found ‘grave and systematic violations’ of disabled people’s rights.”

Simone Aspis, policy and campaigns coordinator for The Alliance for Inclusive Education (ALLFIE), said the chancellor had done nothing to ease the crisis in inclusive education, with increasing evidence of cuts to the support disabled students need to access mainstream education.

She said one of the reasons for increasing numbers of disabled children being excluded from mainstream schools had to be the lack of support they receive.

She said: “We are very disappointed that the government are not addressing the issue.”

Aspis pointed to reports last month that Bradford Metropolitan Borough Council was planning to cut a quarter of its staff who support disabled pupils in mainstream schools, while there have also been threats to educational support funding in the London borough of Hackney.

She said the government’s failure to support disabled pupils in mainstream education – and its determination instead to “pump money into the special school system” – meant it was breaching its duties under the Equality Act, the Children and Families Act and the UN Convention on the Rights of Persons with Disabilities.

McDonnell accused Hammond of “congratulating himself on marginally improved economic forecasts, while he refuses to lift a finger as councils go bust, the NHS and social care are in crisis, school budgets are cut, homelessness has doubled and wages are falling”.

He told Hammond that, “as always, the harshest cuts fall on disabled people”.

That appeared to be confirmed the day after Hammond’s spring statement, when a report from the Equality and Human Rights Commission concluded that families with disabled adults and disabled children were facing “the largest financial loss in cash terms compared to any other household type” as a result of all the tax, national insurance, social security and minimum wage reforms that have been introduced by Conservative-led governments between May 2010 and January 2018.

The EHRC report found that disabled lone parents with particularly high support needs would lose over £11,000 a year on average, slightly more than 30 per cent of their net income, by 2021-22.

*Hammond said his government was building an economy “where prosperity and opportunity are in reach of all, wherever they live and whatever their gender, colour, creed or background” and “where talent and hard work alone determine success”