You are here: Home / Benefits and Poverty / Stephen Carré scandal: DWP ‘finds’ draft report that was never sent to coroner

The Department for Work and Pensions (DWP) has unearthed a “draft” report that ministers failed to send to a coroner six years ago, following concerns he raised about a suicide linked to flaws in the “fitness for work” test.

The draft report has finally emerged more than three months after Disability News Service (DNS) started questioning why DWP appeared to have failed to respond to a Rule 43 letter about the death of 41-year-old Stephen Carré in January 2010.

That letter, sent to DWP by coroner Tom Osborne on 30 March 2010, linked the suicide with serious flaws* in how the work capability assessment (WCA) was used to test the eligibility of people with mental health conditions for out-of-work disability benefits.

But letters from Osborne to DWP and the family of Stephen Carré show that ministers never produced an official response to the Rule 43 letter, as they were legally obliged to do.

Now DWP has finally admitted that it did exchange letters with Osborne during the summer of 2010, and even produced a “draft final response” to his letter in September 2010.

But the department has also admitted that it cannot prove that it sent this final response to Osborne.

Instead, a DWP spokeswoman claimed that colleagues had now found “a draft response that we meant to send back to the coroner” in 2010.

She said this draft response had now been sent to the coroner “for the avoidance of doubt and for completeness”.

The existence of the draft report – and the admission that DWP cannot prove it was ever sent to the coroner – should raise serious questions about the political future of work and pensions secretary Iain Duncan Smith and former employment minister Chris Grayling.

They made key decisions in the summer of 2010 about the WCA process that Osborne had linked to Stephen Carré’s death*.

Among those decision was that they would roll out the WCA to hundreds of thousands of long-term claimants of incapacity benefit (IB) the following year.

They also failed to show the Rule 43 letter to Professor Malcolm Harrington, even though they had commissioned him to review the “fairness and effectiveness” of the WCA.

The following year, in December 2011, a long-term IB claimant – Ms D E – took her own life after being told she was not eligible for ESA, a death later linked by the Mental Welfare Commission for Scotland to similar WCA failings to those that led to Stephen Carré’s death.

And in 2014, another coroner wrote an almost identical letter to Osborne’s, again warning of concerns about the safety of the WCA, after the death of a north London man, Michael O’Sullivan, who also took his own life after being found fit for work.

DWP this week claimed that it was unable to confirm that Duncan Smith and Grayling were shown Osborne’s Rule 43 letter – and their department’s draft final response – in 2010.

The DWP press office has also been unable to say whether the draft final response has now been shown to Duncan Smith and his current employment minister, Priti Patel, and his disabled people’s minister, Justin Tomlinson.

DNS has been asking DWP about the Rule 43 letter since being shown a letter from Osborne to the Carré family in October 2010 in which he said that DWP had failed to provide a “substantive response” to his letter, despite its legal duty to do so within 56 days of receiving it in early April 2010.

At the time the letter was received, DWP was headed by Labour’s Yvette Cooper, but a general election was called within days, and Duncan Smith replaced her as work and pensions secretary in May 2010 after the formation of the coalition government.

Neither the Atos assessor who assessed Stephen Carré, from Eaton Bray, Bedfordshire, nor the DWP decision-maker who subsequently decided that he was fit for work and therefore ineligible for the new employment and support allowance, had sought information from his GP, his community psychiatric nurse or his psychiatrist. 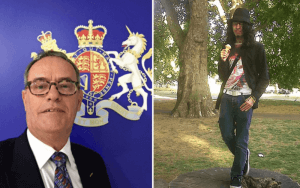