You are here: Home / Human Rights / UK wants to promote its disability policies to rest of the world, says Mordaunt 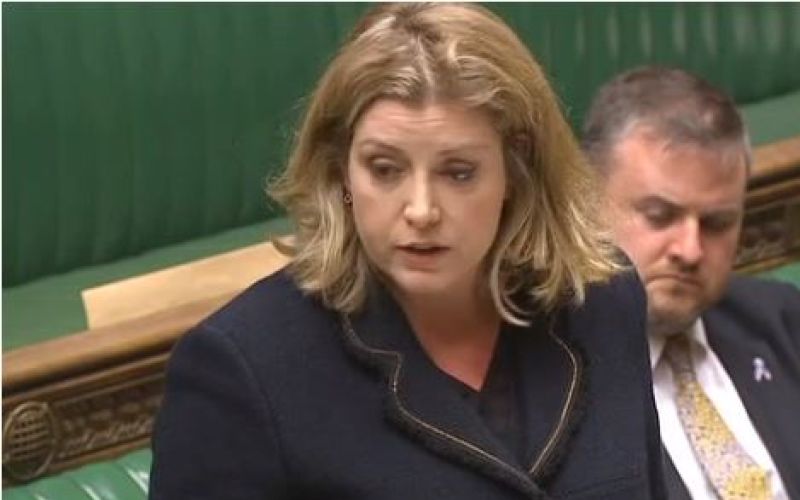 The minister for disabled people has dismissed a damning UN report on her government’s disability rights record, arguing that the rest of the world should instead be learning from the UK’s policies.

Penny Mordaunt was speaking weeks after the UN’s committee on the rights of persons with disabilities said the government’s social protection policies had caused a “human catastrophe” for disabled people.

The short debate was secured by the SNP’s Deidre Brock, but took place towards the end of the parliamentary week, when most MPs had returned to their constituencies, so only a handful of MPs were in the Commons chamber to hear the debate.

And she said the UN committee had criticised the government’s “austerity fetish” and had called on the government to “backtrack” on its cuts to independent living support.

Brock called on Mordaunt to promise to include disabled people and their organisations in its work to address the more than 80 recommendations made by the committee, and to ensure that they were adequately funded for this work.

She also called on Mordaunt to commit to carrying out an assessment of the cumulative impact of all her government’s cuts and reforms to disabled people’s support – and to review the benefits system’s conditionality and sanctions regime – as recommended by the report.

The Labour MP Luke Pollard criticised the government for failing to provide a full statement to MPs after the UN report was published.

But Mordaunt (pictured) defended her government’s record and even said she wanted to “promote” its disability policies so that they could be a “catalyst for change elsewhere in the world”.

She insisted that the government had “shown what can be done to facilitate disabled access, both physical and service-based, and how that can be achieved in co-operation with business and the third sector”.

She added: “Our work promotes change elsewhere in the world, which is why we would like the UN to recognise what we have been doing.”

Mordaunt’s response came only weeks after Disability News Service (DNS) reported how a disabled woman was forced to quit her job because the Department for Work and Pensions and HM Revenue and Customs refused to allow her to use one of the parking spaces close to the offices where she worked.

Much of Mordaunt’s response was not aimed at the contents of the UN report but at explaining why the UN was wrong to criticise the UK government so extensively.

She wrongly claimed – as her department did last week in a response to DNS – that the UK was “one of the few nations” to ratify the convention’s optional protocol, when 92 have done so.

And she claimed the government’s next step would be to “correct some of the factual inaccuracies in the UN report”.

But Mordaunt also said that the Office for Disability Issues was “reflecting” on how it could take forward the call by the Equality and Human Rights Commission for a “co-ordinated, UK-wide action plan” to implement the UN convention.

She told MPs that spending on disability benefits would be higher than in 2010 for every year until 2020 and was “currently at a record high”.

Mordaunt also said her department would shortly be making an announcement on the conditionality and sanctions regime as it affects people with mental health conditions.

DNS reported earlier this month how work and pensions secretary David Gauke had admitted that the system of benefit sanctions often fails to work and can instead cause harm to claimants, particularly those with mental health conditions, and that he would try to find a way to make the sanctions system less damaging to people with mental health conditions.

Mordaunt said her government had worked in many other ways to support disabled people, including tackling disability hate crime; working to improve building regulations and accessible housing, and the provision of Changing Places toilets; “tackling the extra costs of disability”; and improving education “and extending opportunity”.

Mordaunt also spoke of how she had volunteered in the early 1990s in Romanian orphanages and hospitals, where most of the children were disabled, and all but one of the aid workers were British.

She said she was part of a government whose aid efforts had “prioritised” the 15 per cent of the world’s population who are disabled, and how it wanted to “establish the UK as a global leader in this field”.

Mordaunt also claimed that she regularly received requests for advice from ministers for disabled people from around the world on “how to set up welfare systems and improve accessibility, employment and representation”.