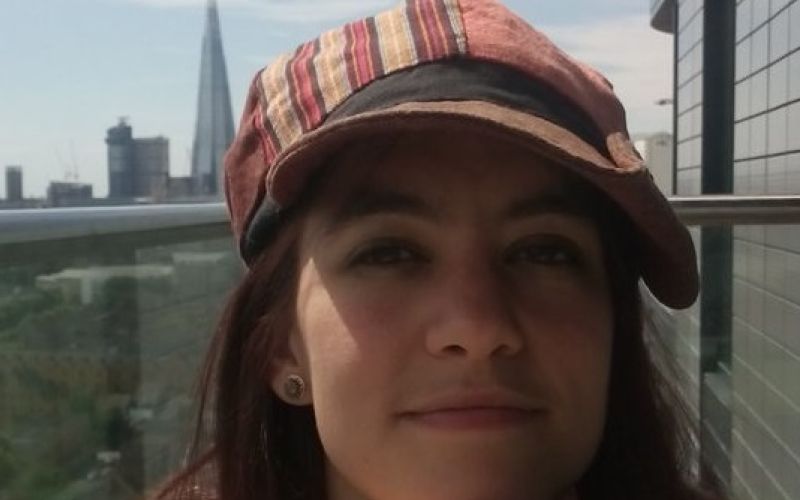 A university at the centre of allegations of discrimination is facing similar claims from a second disabled student.

Last week, Disability News Service (DNS) reported how Lesley Bayly-Bureau was kicked off her degree at the end of her first year after City University in London refused to make the adjustments needed to ensure her psychology course was accessible to her.

Now a second disabled student has come forward – after reading about Bayly-Bureau’s experience – to say she faced similar treatment from the same university.

Marina Bernstein (pictured), who has uncontrolled epilepsy and depression, and had already graduated with a first-class degree from Oxford University, enrolled on a one-year general diploma in law at City Law School in 2011.

But her health conditions, and the five drugs she was prescribed, caused severe anxiety and chronic tiredness, and problems with her memory and concentration, as well as seizures.

She worked hard and performed well in her course work, but during the year her medical conditions made studying increasingly difficult, as did her frequent doctor, hospital and psychiatrist appointments.

Despite her concerns, the university refused to consider adjustments that she believes would have helped with her concentration and memory problems during her exams.

She failed four of the exams in the summer of 2012, and failed some of her resits the following year.

She was provided with extra time and rest breaks during the exams, and was allowed to split them between June and August.

But because of the university’s failure to accommodate her concentration and memory problems, she believes she was placed at a clear disadvantage.

Eventually, as she prepared for a second set of resits in 2014, she lodged a formal complaint with the university.

And in May last year, City Law School agreed to refund her tuition fees of nearly £9,000.

The law school insisted that it had made reasonable adjustments, but agreed to refund her fees because of misleading advice it had given her about the chances of the exam board allowing her the adjustments she needed.

Despite the refund, the university made no promise to improve its procedures for other disabled students.

Bernstein contrasted her experiences at City with those at Oxford University, which made reasonable adjustments so that its exams “rigorously tested my analytical capabilities without disadvantaging me in relation to my disabilities, in particular lack of concentration and memory loss”.

Now working three days a week as a receptionist, and volunteering for a charity two days a week, she said that reading about Bayly-Bureau’s case had “resonated” with her.

“The sense of being pressured to deal with all this paperwork and to explain yourself constantly really resonated; that feeling that she had not been given a fair try.

She added: “The whole experience was really distressing and it has meant I have had to rethink my career path, and that has been difficult.

“If I had been given the support I needed, I would have been able to show that I was capable of the kind of analytic work required.

“The fact that I did not manage to get that qualification was down to not getting the support.

“I felt that they had a very standardised set of adjustments that they offered to everybody. They didn’t offer me anything appropriate to my disability.”

Tara Flood, director of the Alliance for Inclusive Education (ALLFIE), said the two cases highlighted concerns about government plans to cut funding for disabled students’ allowance (DSA) and instead force universities to fill the gaps in support through their duties to provide reasonable adjustments under the Equality Act.

“What is reasonable today, in six months or 12 months will no longer be reasonable.

“Where does that leave a student on a three-year course? Having to pay for their own support or having to leave the course. Absolutely disgraceful.”

She added: “ALLFIE is increasingly being contacted by students and families concerned about what the DSA changes are going to mean for them.”

A spokesman for City University confirmed that Bernstein’s fees had been refunded.

He said in a statement: “A review of the complaint by [City Law School] found that reasonable adjustments were made, including allowing the student to take the examinations in two sittings, with a separation of two months between sittings.

“Additional break times were also given, as well as extra time for writing during the exam.

“One to one support from the Disability Support Service was provided, as and when required by the student.

“The main grounds of the complaint were that the student wasn’t permitted to substitute coursework marks for exam marks, nor take additional notes into the examination.

“Both these requests were deemed at the time not to be permissible under the regulatory Joint Academic Stage Board requirements.

“However, [City Law School] refunded the tuition fees in recognition that the request to take notes into the examination wasn’t fully addressed and that the advice given to the student was potentially confusing.

“Disability support at City University London works with students with physical or sensory disabilities and long-term medical conditions to support and enhance their learning.

“Processes are routinely reviewed as part of City’s ongoing commitment to improving the student experience.”