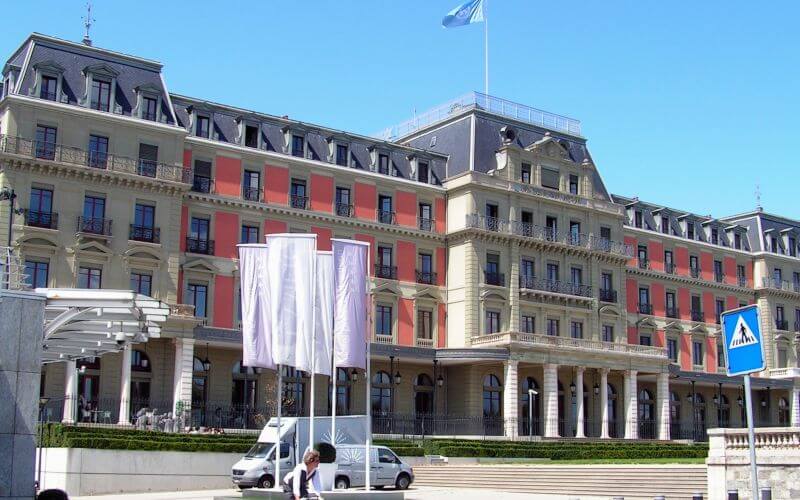 A UN body has been questioning the UK government this week on the “grim and unacceptable truth” that disabled people and other groups are still being subjected to cruel and inhumane treatment – and even torture – in taxpayer-funded services.

The UK and devolved governments have been scrutinised for two days by the UN’s committee against torture (UNCAT) over their record on torture and ill-treatment in the UK and abroad.

Among the evidence being considered by UNCAT is a report by a coalition of civil society groups and experts, including Disability Rights UK and the National Survivor User Network (NSUN), while NSUN has also submitted its own separate evidence.

In its own submission, NSUN tells the committee of the “destitution” and “inhuman and degrading treatment” caused by the government’s austerity policies, and the “disproportionate and often devastating impact” of those measures on people with mental distress.

NSUN also calls on the UK government to implement the UN Convention on the Rights of Persons with Disabilities (UNCRPD).

And it says the government must invest in services and resources so as to make progress in stopping detentions and forced treatment, particularly by investing in alternative and user-led services, in order to end the “inhumane approach” of current mental health law and the failings of the Mental Health Act (MHA).

In a short oral submission – she and others were given just one minute 10 seconds each to deliver their presentations – NSUN’s Dorothy Gould told the committee in Geneva on Monday: “Following visits from the UNCRPD in 2015 and 2017 and last year’s visit from the UN’s Special Rapporteur for Extreme Poverty and Human Rights, there cannot be any doubt that levels of destitution in the UK amount to inhumane treatment and that people with mental health diagnoses have been disproportionately affected.”

She added: “Discrimination and hate crime against us are also prevalent, intersectional crime still more so.

“It is hard, too, to see current mental health legislation in the UK as anything other than inhumane.

“Under this legislation, the use of detention in psychiatric institutions and forced treatment is misinterpreted as care.

“These measures are employed at the very times when we are most vulnerable and despite serious challenges to the scientific basis for psychiatric diagnoses and medication.

The following day, UNCAT ‎members posed detailed questions to the UK delegation, while yesterday (Wednesday) there were further questions from the committee and responses from government representatives.

Committee members will now consider the evidence they have received before preparing their concluding observations on the UK’s progress in implementing the convention.

Among that evidence is the civil society coalition report, which was compiled by the international human rights organisation REDRESS and was targeted at the UK and Welsh governments, and which raised several key concerns about the treatment of disabled people.

Among them is the rise of more than a third in the number of detentions under MHA since 2010, the disproportionate use of MHA on black and minority ethnic groups, and the number of people with learning difficulties and autistic people detained in long-stay hospitals, as well as the use of tasers in mental health settings.

Another issue highlighted in the report is neglect and ill-treatment in care homes, and the need for local authorities to have enough funds “to sufficiently investigate and address allegations of abuse”.

Sue Bott, deputy chief executive of DR UK, said: “It’s hard to believe that some disabled people are subjected to cruel and inhumane treatment in services funded by the taxpayer, yet that is the grim and unacceptable truth.

“Rigorous training for health and social care staff in the [UN disability convention], and relevant UK legislation including the Mental Capacity Act, would go some way to improving the way disabled people are treated.

“It would also help change a culture which persists in providing so-called care services which are woefully inadequate, and does little to help support disabled people to live independently.”

In its own report to UNCAT, the Equality and Human Rights Commission (EHRC) – which funded REDRESS’s report – calls for action in areas such as the criteria for detaining people under MHA, the use of restraint, the impact of the UK government’s legal aid reforms on access to justice, and hate crime.

It also calls on the UK and Welsh governments to monitor the impact of cuts to adult social care on older and disabled people, including their right to live independently, and calls on them to develop plans to “progressively close gaps in meeting needs”.

David Isaac, EHRC’s chair, said:“Everyone has the right to be free from torture and inhuman or degrading treatment. That is an absolute right.

“Failing to adequately protect people from such dangerous and harmful acts is not only a moral failure but breaches our existing international legal obligations.

“Improving Britain’s record on preventing ill-treatment in our own country is essential if we want to maintain our long-held reputation as a champion of equality and human rights globally.”

The 10 independent experts who sit on UNCAT are responsible for monitoring how countries including the UK are implementing the UN Convention Against Torture and Other Cruel, Inhuman or Degrading Treatment or Punishment.

In his opening statement to the committee this week (PDF), the head of the UK government delegation, Paul Candler, said the UK government “consistently and unreservedly condemns torture and cruel, inhuman or degrading treatment or punishment” and raises concerns about it “wherever and whenever it occurs”.

He said: “The UK has a longstanding tradition of ensuring rights and liberties are protected domestically, and of fulfilling our international human rights obligations, including through dialogues such as this one.”

Picture: The Palais Wilson in Geneva, home of UNCAT, by Romano1246, is licensed under the Creative Commons Attribution-Share Alike 3.0 Unported, 2.5 Generic, 2.0 Generic and 1.0 Generic license