You are here: Home / Benefits and Poverty / Yvette Cooper slams ‘appalling’ failure of ministers to act over coroner’s letter 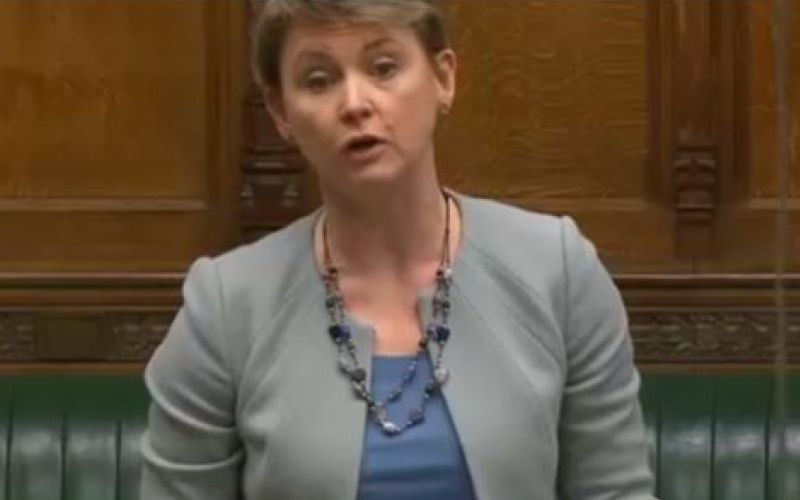 Labour’s former work and pensions secretary has attacked Tory ministers for failing to order an urgent review of the “fitness for work” test after a coroner warned that it had triggered a disabled man’s suicide.

Yvette Cooper has told Disability News Service that the failure of work and pensions secretary Iain Duncan Smith and former employment minister Chris Grayling to act on the coroner’s warning six years ago was “appalling”.

The coroner asked the Department for Work and Pensions (DWP) – in what is known as a “prevention of future deaths” letter – to review its policy not to seek medical evidence from a GP or psychiatrist if a claimant for employment and support allowance (ESA) has a mental health condition, following his inquest into the death of 41-year-old Stephen Carré*.

Cooper was work and pensions secretary when the letter arrived from coroner Tom Osborne, but the 2010 election was called just days later, and she says she never saw it.

Within weeks, the coalition took power and Duncan Smith and Grayling took over responsibility for the work capability assessment (WCA) – which had been introduced by the Labour government just 18 months earlier – and for dealing with Osborne’s letter.

But instead of acting on the safety issues raised in the letter – written under a legal procedure known at the time as Rule 43 – they decided to roll out the WCA to reassess hundreds of thousands of long-term incapacity benefit (IB) claimants, many of whom had mental health conditions.

Duncan Smith and Grayling also failed to show the letter to Professor Malcolm Harrington, who they appointed that summer to carry out an independent review of the WCA.

DWP has all but admitted that it never responded to Osborne’s letter, even though it had a legal duty to do so, and last month sent what it said was a draft response to the coroner, nearly six years late.

Asked this week what action she would have taken if she had remained as work and pensions secretary in 2010, Cooper said: “I would have called for an immediate review of what happened in Stephen Carré’s case and of the process for dealing with mental health conditions.

“When a coroner makes a serious assessment like this, it needs to be acted upon as swiftly as possible.

“It is appalling that no action was taken by ministers or the department following the election – and even more appalling that they still haven’t responded properly given that the same procedural inadequacies were cited subsequently by the coroner in the death of [a north London man who died in 2013].”

Cooper added: “Ministers should have done a proper review of this and responded to the coroner’s report before any decision on the roll out.

“We established before the 2010 election that there would need to be an independent review of the WCA and Malcolm Harrington should have been shown the coroner’s report so he could consider it properly as part of the review.”

In the six years since Osborne sent the letter to DWP, many other claimants of the out-of-work disability benefit employment and support allowance (ESA) are believed to have taken their own lives as a result of similar flaws in the WCA process to those that led to Stephen Carré’s death.

In December 2011, a long-term IB claimant – Ms D E – killed herself after being told she was not eligible for ESA; her case was linked by the Mental Welfare Commission for Scotland to the failure to obtain further medical evidence.

In 2014, another coroner wrote an almost identical letter to Osborne’s, again warning of concerns about the safety of the WCA, after the death of a north London man, who also took his own life after being found fit for work.

And last November, government-funded research concluded that the programme to reassess people claiming IB using the WCA could have caused 590 suicides in just three years.

Cooper said: “The government is badly failing disabled people and ignoring the evidence.

“Iain Duncan Smith needs to explain what he is doing in response to these coroners’ reports and institute the full-scale independent review and reform that Labour has been calling for.”

Neither the Atos assessor who assessed Stephen Carré, nor the DWP decision-maker who subsequently decided that he was fit for work and therefore ineligible for the new ESA, had sought information from his GP, his community psychiatric nurse or his psychiatrist.

A tribunal subsequently found that Stephen Carré should have been placed in the ESA support group, for those disabled people with the highest barriers to work.