You are here: Home / Benefits and Poverty / Activists’ anger after they discover Labour frontbencher is married to DWP director 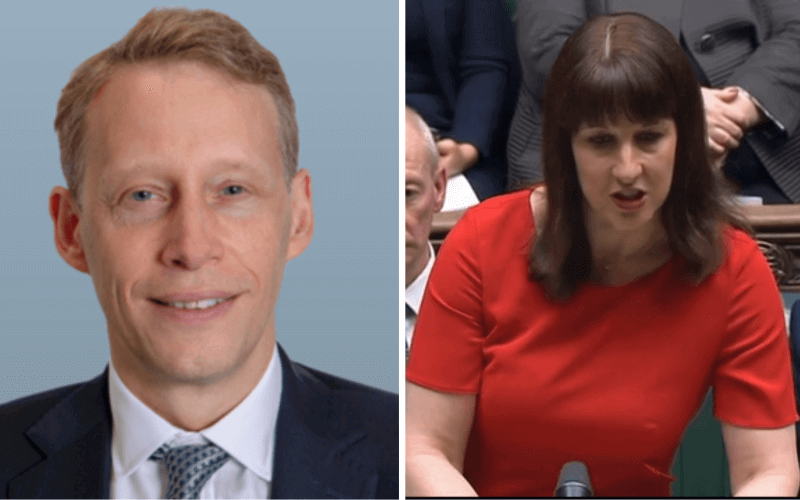 Disabled activists have questioned Labour’s commitment to justice for the countless claimants whose deaths were linked to the Department for Work and Pensions (DWP), after it emerged that one of its senior frontbenchers is married to a DWP director-general.

Rachel Reeves, the shadow chancellor, has been a focus for anger among many activists since she said seven years ago that Labour did not want to be seen as “the party to represent those who are out of work” and was “not the party of people on benefits”.

But it has now emerged that Reeves is married to Nick Joicey, DWP’s director-general for finance and a speechwriter for Gordon Brown when he was Labour’s chancellor.

There had already been growing concerns about Labour’s commitment to promising an independent inquiry into deaths linked to DWP’s failings, and to calling for a police investigation into allegations of misconduct in public office by senior DWP civil servants and ministers.

This week, Disability News Service (DNS) published a 10,000-word investigation that shows how DWP repeatedly ignored recommendations to improve the safety of its disability benefits assessment system, leading to countless avoidable deaths, and ensured that key evidence linking its actions with those deaths was not considered by independent reviews.

The article also shows how the cultural problems within DWP extend far beyond the assessment system, touching all aspects of its dealings with disabled people in the social security system, and how the roots of its toxic culture stretch back at least 30 years.

There is no suggestion that Joicey, who has been at DWP for less than four years, is himself implicated in any way in the deaths of claimants, although a DWP document (PDF) discovered by Disabled People Against Cuts (DPAC) shows that he attended at least one meeting of the department’s serious case panel, which examines such deaths.

DPAC this week raised serious concerns about Labour’s resistance to backing calls for an inquiry and a police investigation.

But DNS has been unable to obtain any kind of confirmation from Ashworth for more than a week that the party is now looking at calls for an inquiry, with his spokesperson refusing even to acknowledge emails from DNS.

Now DPAC has questioned whether Reeves, a hugely influential figure on Labour’s frontbench, can remain “impartial” on calls for an inquiry.

And it has also questioned whether her marriage to Joicey has been a factor in the party’s refusal to call for an inquiry and a police investigation into misconduct in public office within DWP.

Linda Burnip, DPAC’s co-founder, said: “Rachel Reeves is notorious for stating that the Labour party is not a party which is willing to support pensioners or disabled people unable to work and is a party for working people.

“It is difficult to know whether the fact that Rachel Reeves is married to Nick Joicey, a DWP finance director, that makes her take such a harsh stance.

“I think disabled campaigners must also question whether this marital link has anything to do with Labour resisting calls for an independent inquiry and a police investigation into misconduct in public office by ministers and senior civil servants.

“It seems highly unlikely that Reeves can be impartial and should resign from the shadow cabinet immediately.”

Reeves had not responded to requests to comment from DNS by noon today (Thursday).

A Labour spokesperson said this morning: “We won’t be commenting on this story.”